This ticket, like the previous two, was bought online through realrussia.co.uk. I received an e-voucher via email and took this to the Ekanterinburg station when I arrived and exchanged it for the official ticket. It all worked pretty seamlessly although I imagine if there is an issue with your ticket you might feel you’re in a bit of a pickle if there’s no-one around to speak Enlgish.

This was a Russian train, so not an official Trans-Mongolian or Trans-Siberian. Unlike the previous trips, this time, as far as I knew, I was the only foreigner on the train. 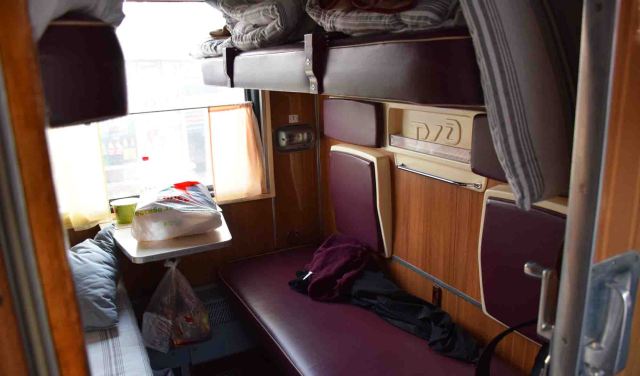 It was a pretty comfortable cabin again in 2nd class, four berths per cabin. Just one person in the cabin when I arrived and he left soon, and for the rest of the day I had the cabin to myself. I couldn’t see a restaurant car on this train, if there was one it was a little way away, but I had brought plenty of snacks and noodles so I was good to go.

I can’t say the scenery excited me. I mean, it was hardly different from the previous two trips. Green, the odd village, the odd station. A longish stop in the city of Perm where I got off and looked around a bit – in the station that is. Perm seemed a pretty grim place despite sitting on a river. The grey clouded sky probably didn’t help my impression of the place either  guess.

The train clickety clacked along as they do. 1778 kilometres to complete a journey of 7691 from Beijing. Cities became more frequent. I looked at the map and it seemed we were to pass through the Ural mountains, but really it was nothing more than hills and there was no great variation on the scenery to… be seen.

Then the night came. A stop. I should have taken note where it was, it was around 9pm. I estimate it must have been Nizhny Novgorod. Well, I was joined by three Russian guys and a bottle of cognac. An hour later there was no cognac left. Well, this is pretty much how I imagined the journey to be and it took until the final night of it all to happen.

My Russian was small, so was their English, but we managed to communicate. I lay my head down in the train for the last time, but this was perhaps the worst night’s sleep I had. Couldn’t nod off for ages. Perhaps it was the cognac. 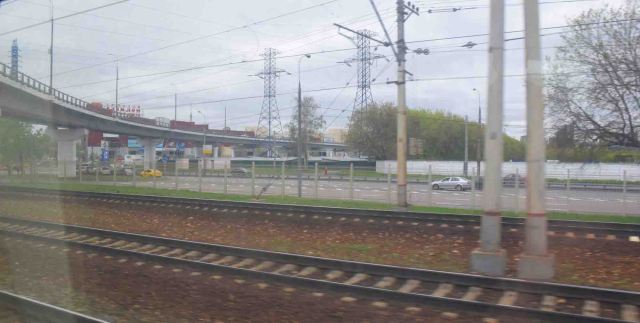 When I woke I think we had pulled into Vladamir. There was less countryside now and more buildings, and before I knew it we were somewhere near Moscow. Things got a bit more built up, but really it was a bit of surprise when we pulled into Moscow Yaroslav Station at 1030am, right on time.

It seemed almost an abrupt end to the journey. Three countries, 7691 kilometres, stops in three places along the way, it was around 12-13 days after I had left Beijing. A bucketlist item crossed off.

So, that concludes these four episodes of ‘Train Journeys’. I hope you have enjoyed them. I am planning and overview/reflection of the journey at some time in the future. So stay tuned for that. Otherwise for now, take care – and May the Journey Never End! 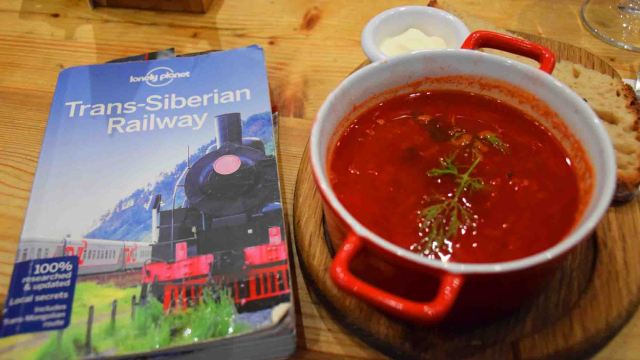 You can check out my guest post on Etramping HERE! (full details of the Trans-Mongolian Journey)