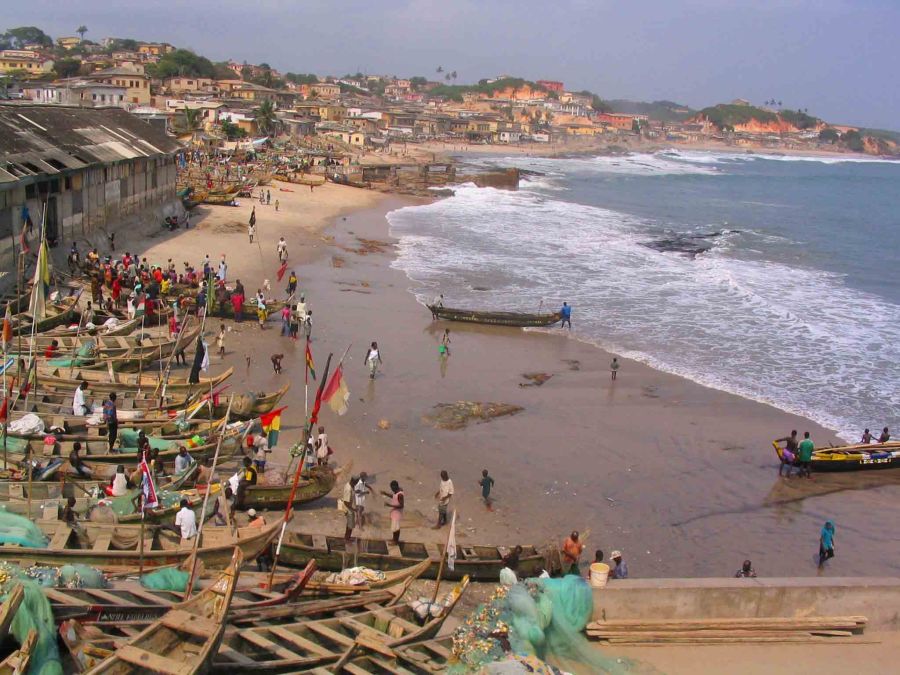 Foto Friday featured a shot from Elmina, a small fishing town on the coast of Ghana. When I visited Elmina I did it in an afternoon from the bigger Cape Coast, a short tro-tro ride away. Tro-tros are the local transport, like a mini-van in some ways, packed to the hilt, not very comfortable but fun for the first thirty minutes before serious cramp sets in.

Cape Coast and the whole area is well worth visiting whilst in Ghana. Three or four hours away from the capital Accra, perhaps it’s a little quicker now because there were road works everywhere on the route when I went a few years back now. For me, who had been absolutely culture shocked in Accra, things were thankfully far more relaxed in Cape Coast. 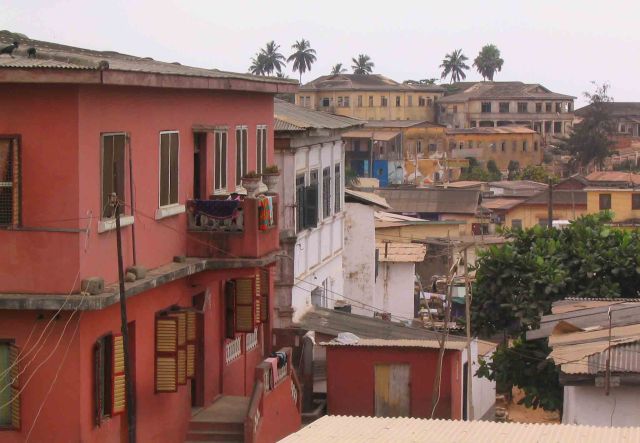 It’s quite colonial, and has a very dark past connected to slavery. The fort there was used to hold people until they were ready to be taken to the ‘New World’. I had a tour of the fort, and heard how the numbers of people kept in confined areas was so high that no one could really move. They were kept a long time in these dark places and many people died, disease was rampant and quite frankly, it’s very confronting as a white person, and so it should be.

The museum is interesting too, and from the fort you look straight out at the sea which crashes onto the rocks the fort is built on. The ocean was pretty fierce when I was there, and yet next to the fort along the beach were many fishing boats, handmade, waiting to go out and catch a few fish. That’s some seriously brave fishermen let me tell you. Elmina’s waters were far calmer.

The town is dusty and dry, well in January it is, and actually quite attractive, especially from the rooftop restaurant of my guesthouse. My guesthouse in Accra had been dire to say the least, but this one was much cheaper and clean. Sadly, can’t find any trace of it today on the internet but the room was the most comfortable one I had in Ghana. 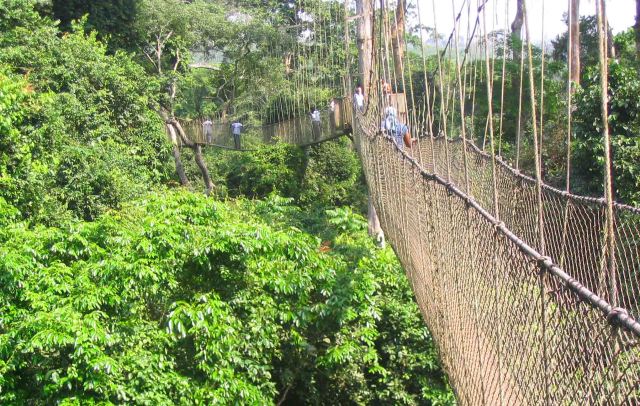 Not far from Cape Coast, done in an afternoon or morning usually, is Kakum National Park. This park is dense jungle, a beautiful place. They have built a sort of walkway way above the ground there which you follow, held up by strong cables. I was living the vertigo experience when I was up there I must admit, but nevertheless, it’s really stunning and not to be missed!

If the chilled life is making you restless in Cape Coast, do as I did and go to Elmina for half a day and busy your camera and check out the Elmina Fort, again with gruesome stories. The people in both places are very friendly too. Cape Coast is a great place to visit in Ghana! And if you’re like me and leave via tro-tro on a Sunday, you might have a preacher come into the tro-tro and do a little service! Ahhhh Africa!