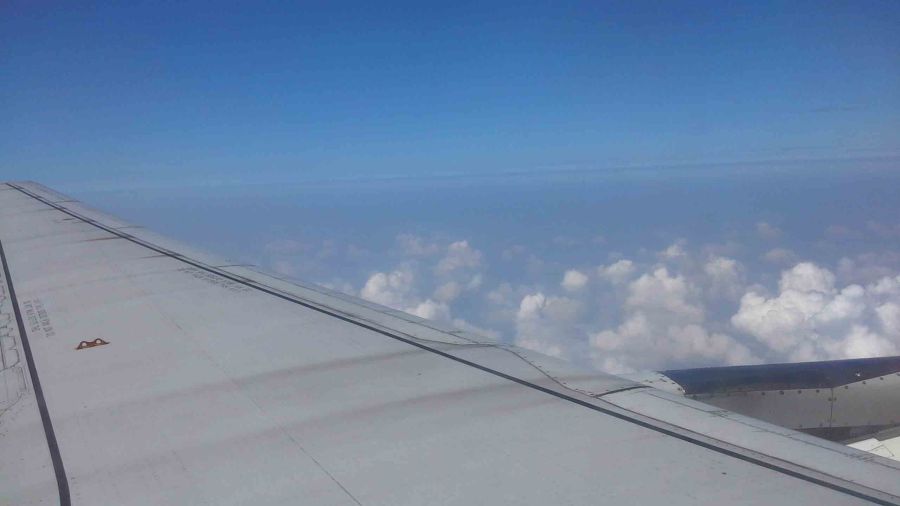 Back with another review of my time in the sky in my latest jaunt off to South-East Asia. I have flown mostly on Air Asia over the last few years, they are almost always the cheapest airline around Asia and until the crash on the 28th of December last year, a safe airline to fly. That crash was the airline’s first fatal accident in the 18 years the company has been running, and was from the Indonesian branch.

I booked my tickets online back in October or November last year. I took Air Asia from Bangkok to Mandalay on February the 16th, and from Yangon back to Bangkok on March the 5th. Both flights were on small to medium sized airbuses.

Air Asia flies out of Don Muang Airport in Bangkok, which is the old airport with not the best transport to and from the city. It still functions pretty well though but if you need to transfer from one airport to the other in Bangkok, that can be something of a time consuming nightmare. There are a few familiar chains at Don Muang if you’re looking for a familiar bite to eat before you fly out – McDonald’s and Subway for example.

I sat at the gate waiting, a bit nervous to be honest because their recent crash was less than two months earlier to my flight to Mandalay. We had to walk out to the plane, and I had met a group of Swiss girls, one of which was also a bit tense over the thought of flying. We were soon up in the air, on time. If you ever take an Air Asia flight, they always are keen to tell you that it’s an on time departure. They do have a pretty good record in being on time I believe (unlike Jetstar), I don’t recall an Air Asia flight I’ve take ever being more than 15 minutes late.

Flying to Mandalay was really helpful to me, allowing me to do my thing in Myanmar without having to circle around and leave where I started. The flight had a little turbulence, and the Swiss girl with flying issue was in tears. It wasn’t too bad, but I too was a bit tense even if I didn’t show it outwardly. The service was, as always, pleasant if limited. The flight was around two hours, a little under I think, and Mandalay Airport is easy to navigate and border procedures slow, but not excessively.

If you do fly into Mandalay, the airport has EXCELLENT exchange rates and I recommend changing your money there. Best to rely on cash (US) in Myanmar at this stage, although there are ATMs people had trouble finding one that worked with their cards or had cash even at the airports.

Leaving Yangon is a bit more blurry, but the experience was similar. This was a slightly shorter flight, around 90 minutes. The aircraft’s interior was poor, a broken armrest not impressing me. I think I dozed off on the flight. Flight attendants on both flights were most young, attractive ladies with a lot of make up on. This seems to be the norm for Air Asia, especially they attendants are young. I suspect they get paid pretty poorly. However they are usually very respectful to passengers and happy to help.

No real issues on either short flight. Leg room was a concern they really don’t give one’s knees the space required. Still, each flight was around $100 all up including luggage and a meal, so I have no cause to complain. The meal was small, simple and probably the food was better on Jetstar, but it was a short flight and it did the trick.

Air Asia are no frills, and the aeroplane interiors could do with maintenance, but they remain a great budget choice in and around Asia.