‘Little Places’ – you know, not a whole city or country, just a little place somewhere in the world where there’s a little something special worth an hour or two of your time. Thus begins a new series of posts.

And I am starting in Myanmar. A place near Pyin Oo Lwin, in the highlands where it’s significantly (and thankfully) cooler than Mandalay (closest city). I took a taxi, who waited for me, to the very British-sounding Hampshire Falls.

The falls themselves are actually quite attractive.

Much fun to be had!

Not the world’s highest or most extravagant falls, perhaps Hampshire Falls could run in the competition for the world’s most sociable falls! The falls themselves are pretty small, with large pools below collecting the water which is then filled with people swimming and having well, loads of fun. It’s a major hangout for loads of locals, families and friends.

Swimming and mucking about in the water!

So much so that you pay a little to enter, there’s a big car park, places to buy food, and even a small playground with a merry-go-ground. It’s a beautifully cool spot, under the shade of magnificent greenery, and as a visitor it’s great not just to escape the heat, but to see a slice of local life enacted in front of your eyes. 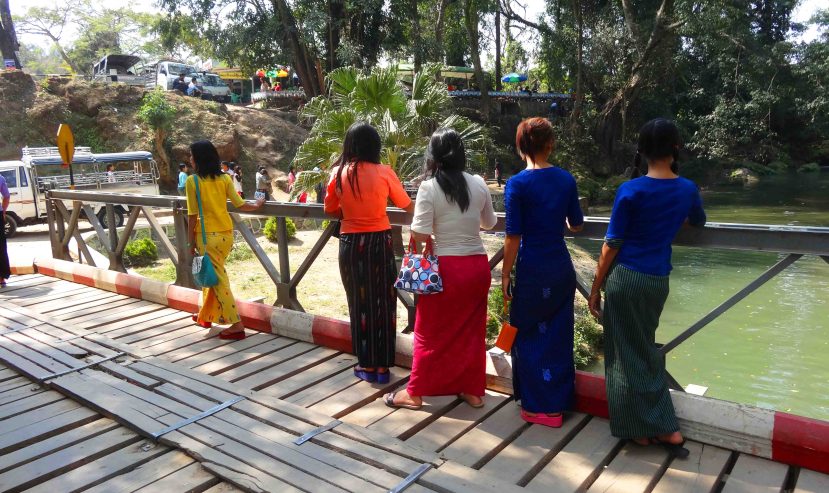 Girls on a bridge at Hampshire Falls. 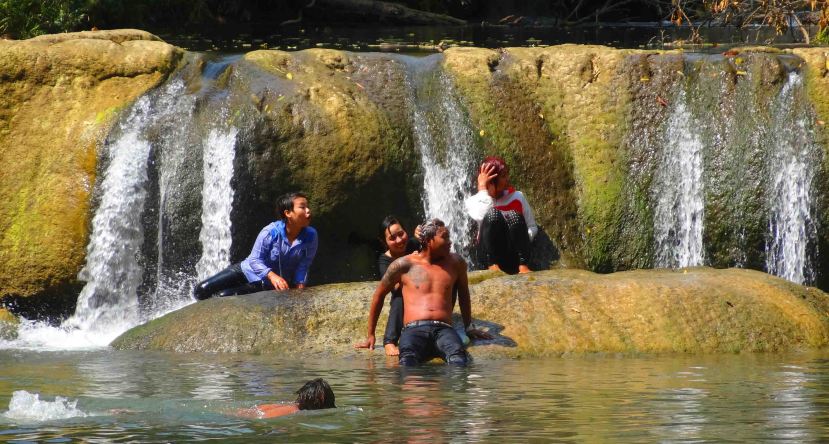 Okay, you may not feel tempted to hop into the water with the many others, but you can chill, relax, find a little spot for a nap even (a much underrated thing to do when travelling). A great ‘little place’ in Myanmar – Hampshire Falls! May the Journey Never End!