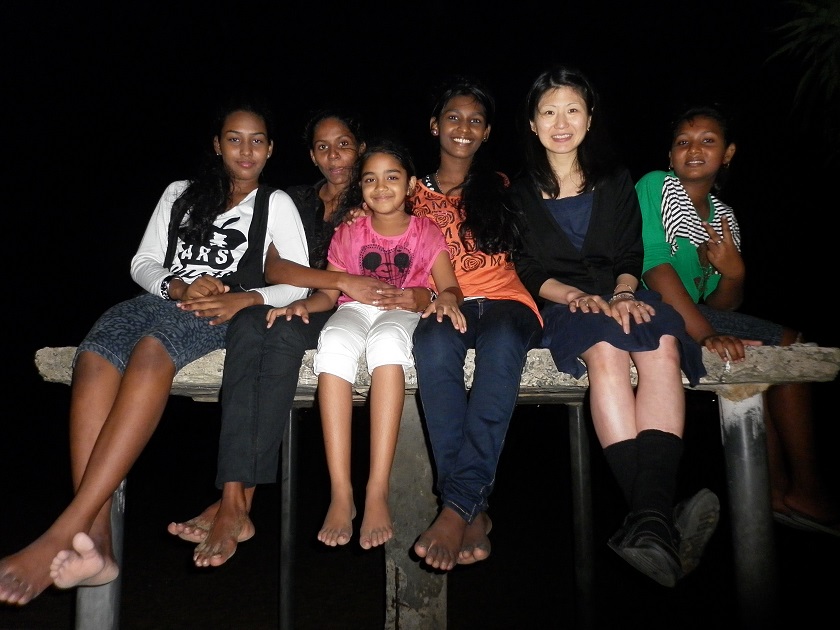 On Saturday I wrote a blog about my time in India in 1999. I talked about my experiences in Jalandhar where I was taken in by a family thanks to meeting someone on a bus and spending a few days staying with them, completely impromptu. It turned out to be probably the most rewarding experience of my time in India on that trip. Let me tell you, this has happened to me on more than one occasion. As a backpacker, a solo backpacker on the road for months on end, these experiences are brilliant. The sort of thing you can’t plan for, you’re not expecting, but something that’s very much worth changing your travel plans for.

I’ve had a number of these experiences. Niger in 2006, when I was pretty overwhelmed by Africa, I met a friendly guy, Halassi, who wanted to practice his English. Actually, he was working on a resume at an internet café and I was able to help him with that. Soon, I had a free bed for the night and someone to take me around Niamey by bike. He taught students from his home, a mudbrick building with outdoor plumbing and variable electricity. His generosity has never been forgotten.

Later that same trip, and American family in Burkina Faso I met on a bus going from Bobo-Diolosso to the capital Ouagadougou were truly life savers. I had malaria, and they helped me to a good clinic in Ouagadougou where I stayed for a week until I was much better. They came in to see me several times during my hospital stay, and then had a bed for me the couple of days after before I flew out.

Oh, but further back in 2004, Iran. This is the place so many people report they were ‘kidnapped’ in. No, not kidnapped and held to ransom by terrorists, but by loving families that adopt travellers. I couldn’t get away from Dariush and his family. I met Dariush at the border between Pakistan and Iran as we crossed. We shared a taxi and a bus all the way into Kerman, the last couple of hours he was trying to persuade me to stay with his extended family there. 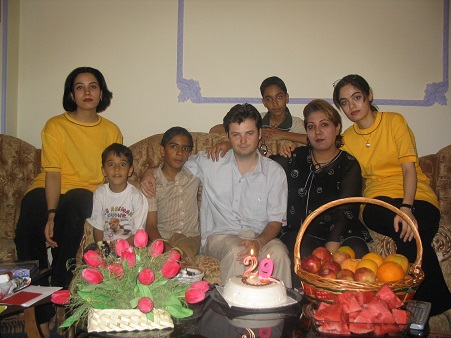 It had been a rough crossing and I was really craving my own bed and room for a couple of nights, but I relented and ended up staying for ten nights! It really was impossible to get away, I was planning the next bus trip, and then I’d be told ‘please stay a couple more days because we are going to such-and-such a place’. This happened more than once! I made so many friends, ate so well, saw so many things, it was amazing.

2011 and my last big trip, I made a friend crossing over from Kazakhstan to Uzbekistan. Heading to Tashkent in a shared taxi, Sergey helped me considerably at the border with the customs forms which for Uzbekistan are complicated and important. Then the guesthouse I was to stay at was fully booked, so I found a hotel I was going to stay hat, but Sergey wouldn’t hear of it. He offered me a place to stay – even though it was only one night, it still was enormous hospitality.

Then of course, my last proper ‘trip’ last year, when my wife and I were in Sri Lanka, I had my wallet lifted boarding a train at Colombo station. A family got off and helped us out purely out of the kindness of their hearts. Perhaps this was the most humbling of all. They took us to the police and then invited us to stay with them, a little north of the capital. We were taken to the beach, drove an auto-rickshaw, had our own room, and then they apologised because they couldn’t get to a bank to get my money back! And no, we didn’t ask for a single thing they gave us. We hope to visit them in the next year or two. These stories really do show the true nature of people. What can I say? I do believe that people are deep down, good.

And that’s a great spirit you can encounter when backpacking. I’ve had other experiences too, but these are the ones that have come to mind when writing this post. Whenever I have needed someone to reach out to me when travelling, I feel that’s exactly what I’ve been lucky enough to find. On top of the hospitality, these experiences were all also great cultural exchanges as well. Have you had any experiences like the ones I’ve recounted today? Please let me know in the comments!

15 thoughts on “The Kindness of Strangers”