I really wasn’t sure what to expect when I visited Ulaan Baatar, or if you prefer, ‘UB’, earlier this year. Would it be this large, over bearing Soviet megastructure, would it be more Chinese in style? What I found was neither.

Yes, you will see remnants of Soviet times. Mongolia may have remained on the map as a separate country, but the Soviet Union certainly appears to have controlled Mongolia for many a year. Some of the architecture is very reminiscent of Russia, wide streets built up on either side, and yet you’ll still find Buddhist temples forming an important part of life in there as well.

And as for modern UB, well, as far as Mongolia is concerned, UB is THE place to be. Which means the country is experiencing the sort of population drain being funnelled into the capital that so many places in the world, including Australia, have experienced over the last few decades. 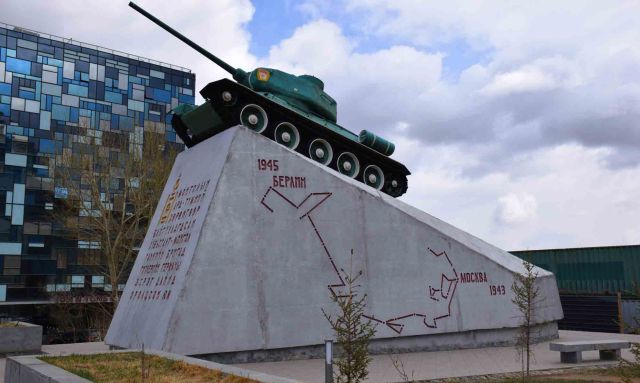 Roughly half or just under of the 3 million people who live in Mongolia live in the capital, and from what I was told, that percentage is increasing. Well, the place has connection to the outside world, an international airport, and I would presume the best access to produce and groceries, let alone fashion and the like.

Mongolia is a large country – the 20th biggest on Earth, 19th if you don’t include Antarctica. So 3 million over that sort of size (1,564,116 square kilometres) is a very sparse population density indeed. Huge parts of the country are very hard to reach at all, it’s not a country blessed with a lot of vegetation either, and of course, it’s covered in snow for a great deal of the year.

When I arrived in Ulaan Baatar in May, it was just above zero. There was the occasional light flurry of snow. Inside, places are seriously warm, to the extent it seems they want to warm interiors up so that as long as you’re inside you are free to walk around in shorts and a t-shirt.

It remained this way for a couple of days, and then on my second-last day suddenly it was around 18-20 degrees Celsius and beautifully sunny! It was quite the unexpected change in weather, and it was more than welcome too.

The city is not monolithic, despite what I said earlier, although parts like the parliament house, behind a giant square, rather are. Some of the statues hark back to communist times as well. But the city, although it does sprawl a bit, is not really big. In fact I was a little surprised that its population was as high as 1.5 million. It just felt like around half a million.

I headed to the Zaisan Memorial which is wonderfully Soviet in its own way. It was sort of circular, a mural, and from here you get a good view of the city. Right in that part of the outskirts, there was a heap of building going on, mostly new apartments as the city struggles to cope with all the new residents.

The two highlights I found most interesting were the Gandantegchinlen Monastery and the Winter Palace of Bogd Khan. The first has a few buildings and is quite popular for visitors and locals alike. The Palace is a little way by bus from the city centre, well only 15 minutes or so, and it is an amazing historic building with Chinese and pre-Soviet Russian influences, incorporating a lot of wood into it. Nice grounds too.

The Dinosaur Museum in principle sounded like a great place to visit, but alas, it had two full, large skeletons and a few exhibits of bones but there wasn’t much else.

Head out of town on a tour and you’ll get to see the giant statue of Genghis Khan. It’s got a gift shop at the base, and the statue is so big you actually can climb inside of it. It’s quite a way from UB and is surrounded by a whole lot of nothing.

Ulaan Baatar isn’t the world’s greatest city for shopping, but compared to the rest of the country it’s the best thing inside the Mongolian borders. A little fashion, quite a number of eateries – if you like dumplings and meat meat meat, well you might just love Mongolian cuisine. I rather enjoyed it!

The State Department Store is not very thoughtfully named, but has the supermarket I gather you’ll find in UB and also many other stores as well for fashion, expensive luxury items, it has a café, an ice cream shop and a pharmacy – all on the ground the floor. I didn’t venture up from there so I imagine there are more treasures to be found on the 1st and 2nd floors.

Finally, the post office was great. In South America people appeared to be stunned when I asked for stamps. I like to get a couple of cheap interesting stamps in each country and pop them into my diary. All I could get in Ecuador and Peru were stamps of around $US3 which was the price to post a postcard back to Australia. The time delay was around 3-5 months as well. So hardly worth it. Much cheaper in Mongolia and they had books of stamps to choose from, some a very few cents which was exactly what I was looking for. The Post Office was open on Sunday too – near the main (Genghis Khan) Square.

So. There’s a little look at Ulaan Baatar. Not a bad little city. Thanks for reading – and May the Journey Never End!