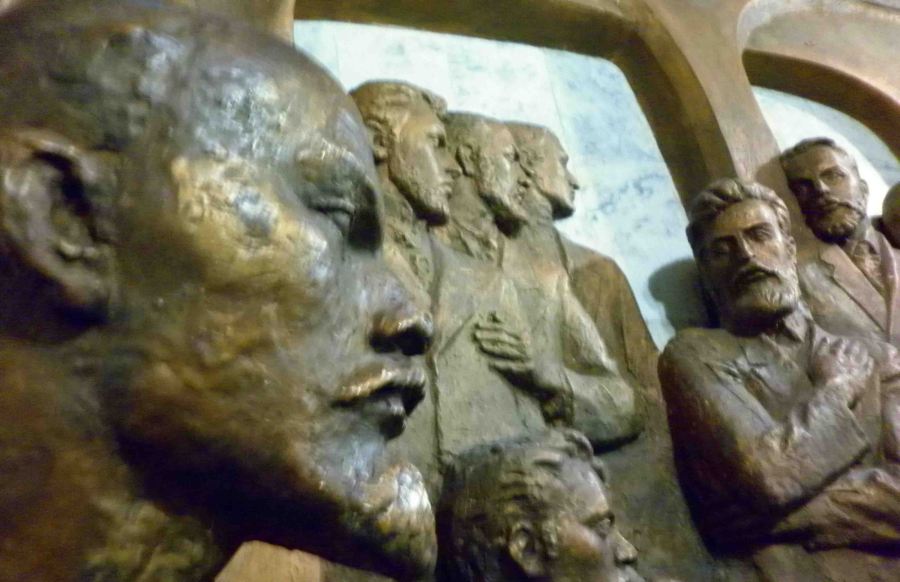 As Central Asia week continues, I bring you a little photo journey though he capital of Kyrgyzstan, little Bishkek. Not as big as the other regional capitals, Bishkek has a charm of its own and is actually a quite attractive city with some beautiful parks, lots of theatre, a strange museum which suggests that Kyrgyzstan might still be part of the Soviet Union, charming older buildings juxtaposed with an imposing square and large government buildings which are typical of the cities of Central Asia. Come take a look with me through my Panasonic Lumix lens and see Bishkek as I did.

The Opera and Ballet Theatre. Some of the Kyrgyz National Army also popped into to see a show which featured dancing and Kyrgyz music.

The Russian Theatre. Where I saw an entertaining and fun kids’ play in Russian.

Panfilov Park – where people enjoyed the summer days. It was full of people playing chess, chatting, weddings and even table tennis with many tables set up for fun!

State History Museum – very much a relic from the past with a lot of love for Vladimir Lenin still to be felt. The building itself was decidedly 1970s.

Victory Square – to those who died fighting in wars, an eternal flame and the famous weeping mother statue, surrounded by beautiful flowers.

City Square and Government Buildings – something very Soviet about all of this! And grand too, I imagined this would be the place for protests as well.

Thanks for reading and viewing today, and I hope you found Bishkek an interesting little place. See you tomorrow when the ‘City Rumble’ returns and the Kazakh capital does battle with the glitz and glamour of one of the Middle East’s prime destinations! Until then, yep, May the Journey Never End!

My Ebook on Central Asia — HERE!

One thought on “Bishkek – Culture and Character”