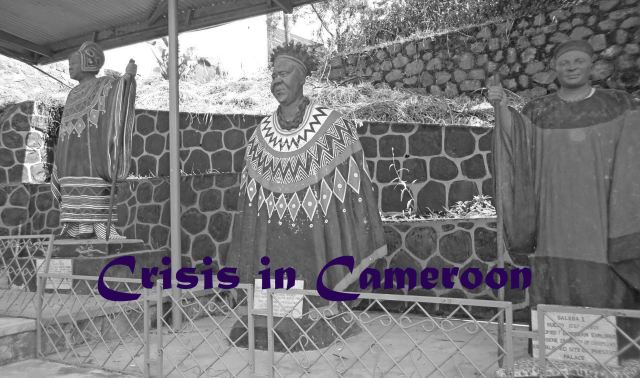 Hi all. I almost feel like posting a retraction today! On the 13th of February I posted this post on a little village in Cameroon – The ‘Other’ Bali. A really pretty little spot in probably my favourite West African country.

As a result of this post, I was contacted via Facebook by a gentleman from Bali, not only from Bali, but he lived in one of the houses I had featured in my photos! Which I thought was really something obviously.

And so we had a chat on Facebook, and he let me know that right now there was a genocide being committed in Bali and the surrounding area, and that the Fon (King) had fled. Needless to say I was shocked, and it just goes to show how much the mainstream western media ignore in this world that I had no idea at all about it. Regardless, I felt and feel very embarrassed that I had written about Bali in ignorance of this.

Basically – Cameroon is a country divided by language. Parts of Cameroon were occupied by the British for many years, and some of the country by the French (the far greater portion of Cameroon is French-speaking as result).

In the last few years separatists from the smaller Anglophone part of the country have fought a war with the government of Cameroon. They declared their own country ‘Ambazonia’ which looks like around one sixth of Cameroon – a slice in the mid-southwest of the country, boarding Nigeria. It began in 2017 (following on from unrest in 2016) and intensified in 2018. As an outsider it seems hard to work out how much support the separatists have – but I gather that in villages such as Bali, which sits just inside the Ambazonia region, they did not support the separatists and so were targeted.

For more information (warning graphic images) there is this BBC report – Burning Cameroon: Images you’re not meant to see

This has actually been quite distressing just to read and discover for me. But it’s not happening to me or my family or anyone I know. Sometimes it’s hard to know what to make of this world. Thanks for reading.

8 thoughts on “Cameroon in Crisis”