Umm okay. No that title does not sit right with me. Not really how I talks. But I do have to tell you, one place that really didn’t fail to live up to image and reputation for me, in South America, was Rio De Janeiro. And I’m talking as Andrew, self-confessed nerd who doesn’t head out much at nights any more. The buzz and atmosphere of Rio is really something special. 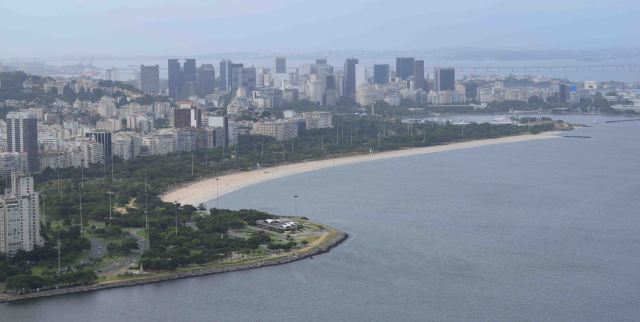 Firstly though, speaking of Rio’s reputation, it also has a reputation of being a bit of a dangerous place for the foreigner. I don’t want to say ‘that’s all hogwash’, because crime does happen in any big city of the world, and I don’t want to say it’s exaggerated, but I certainly had no issues whilst I was there and I walked around with my DSLR around my neck half the time and was surely as obvious a tourist as anyone.

More to the point, I think it’s a city that if you are sensible in you will have very little to worry about. Just be aware where the areas are where there are bag snatches and the like (mostly by teenagers I was told) and you should be okay. Out of the four big cities, Lima, Quito, Buenos Aires and Rio that I visited, I felt most comfortable in Rio. Perhaps that’s because it was my last stop, I don’t know. But Buenos Aires and to a lesser extent Lima have a feeling about them, that you need to be really careful. Poverty can be seen in any city in South America. Don’t flash comparative wealth around, be careful with your taxis, know the lay of the land before you get there and you should be okay in all.

Rio has a wonderful mix of EVERYTHING. Night clubs are legendary there, but as I didn’t attend one I can’t really comment, but there are fantastic beaches. Few beaches in the world are more iconic than Copacabana, except perhaps Ipanema, which as it happens, is a metro stop or two from the first mentioned beach.

They are fabulous places to people watch as everyone goes about their business playing volleyball or soccer, drinking at one of the countless bars, going for a romantic walk as the water laps your feet, or heck – even for a swim! I didn’t, but if I’d been so inclined and had the time, well, a bike ride along the avenue by the beaches would have been a wonderful way to spend an hour or so. For those who are better balanced than I, there’s always roller blading!

Rio’s setting is truly striking, and unique. The rocky mountains that just stick out of the Earth in spots all over Rio, creating a beautiful lake and even more beautiful scenery make Rio the postcard perfect city of the entire world. To go up to the top of these mountains is a must, and Sugarloaf offers you a great cable car ride and you get to go between two of said mountains. The views across Rio, down at the beaches and the people below, are pretty amazing. And this is why I decided not to shy away from bringing my DSLR to Rio and using it, it’s got so many things worth capturing!

The Favelas are a really interesting part of Rio, and something you shouldn’t miss. I was lucky to visit the one where Michael Jackson shot the music video for ‘They don’t really care about us’, and it’s an amazing area. It’s called ‘Santa Marta’. You may feel it’s not appropriate to visit the favelas. I was a little concerned, and so you must decide in yourself how you feel because there’s a fair argument to say that it’s voyeurism. Having said that, it’s a part of Rio like any other and you are free to visit as you wish, some are better with a guide as I had (although I didn’t HAVE to have one). I learnt a little of the history of the favelas and that was definitely worthwhile.

There’s plenty of colonial history there too if that’s your bag, and historic buildings to see. I visited the former Presidential Palace in Rio which is now a large colonial house open to the public where one former President actually committed suicide in the bedroom. It’s incredibly ornate and beautiful (if a little over the top) inside, and well worth a visit. It’s known as ‘Catete Palace’.

The main cathedral in Rio, the ‘Metropolitan Cathedral’, is a modern structure that from the outside looks gloomy and a little scary, but from the inside looks simply amazing with incredible stained glass windows.

This is found in Lapa, a great area to explore, where you’ll also find the Selaron steps made by an artist over many years from tiles sent to him from people all around the world. There is also plenty of street art to see in this area and this amazing aqueduct, the ‘Aqueducto de Carioca’, that trams these days trundle along.

And so, Rio. WOW! That’s all I can say. So much in one city and I barely scratched the surface. Now, I know you are thinking about one tourist site that I have not mentioned – as yet. The statue of Christ the Redeemer. Well, the statue is indeed very impressive. It’s HUGE! Seriously. And quite beautiful with beautiful views around it. However, there are simply too many people there to make it a highlight for me. Selfies left, right and centre. I felt a little overwhelmed by the crowds I have to be honest.

But that doesn’t destroy the Rio ‘vibe’. It’s friendly and warm, and that includes the people not just the weather. It’s a brilliant, vibrant, colourful, musical, fun, interesting and photogenic city. Have you been? Was your experience different to mine? Let me know! May the Journey Never End!