Whether you’re here to live, or here backpacking you are going to have to get from point A to point B somehow. I was considering doing a post all about transport in Japan and including driving, because for many people coming here to live and teach driving is an essential part of the day and it certainly has been for me in my time here, however I feel that’s a whole post on its own. So I’m concentrating on trains today, and am going to take a look at getting around and surviving the locals/subway trains in Tokyo as well. 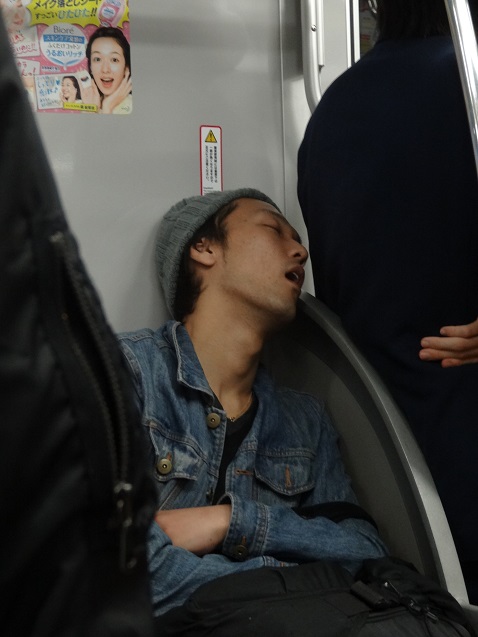 Firstly let’s consider getting around Japan. There is no contest for the fastest, easiest and most comfortable way to get around Japan – it’s the Shinkansen. The Japanese invented the bullet train decades ago now, and today you can take trains that are allowed to travel up to 320km/h (although that are able to hit speeds more than 440 km/h) and feature very comfortable seats, and have people serving snacks and drinks. What more could you want? 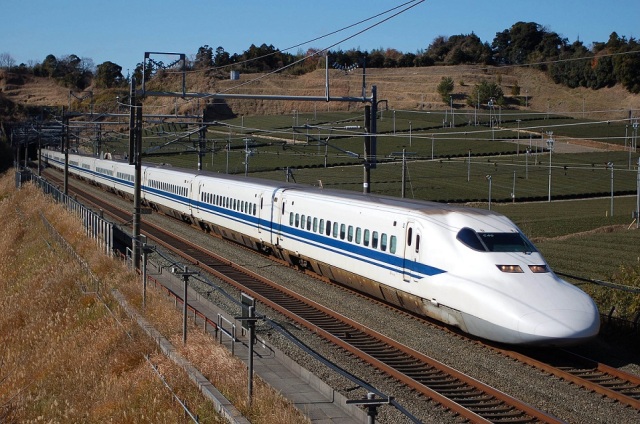 The only issue is the cost. From my city, Ichinoseki, to Tokyo it’s around $130US one way, and the distance is around 450km. It takes a touch over two hours. If you can read Japanese then you’ll find it’s possible to find websites where you can get discounts if you book around a month in advance, but most foreigners living here, even if they have some Japanese do not have the required skills for that. The overnight bus is around half that, and JR (Japan Rail) run many buses themselves so you could look into that at main railways stations. However, it turns it into a nine-hour journey!

Then you have local trains. The same ticket was more like $90-$100 by the local trains. It takes ten hours and you have to change trains 8 or 9 times. So it’s not exactly desirable. However, for the backpacker and tourist there is the ‘Japan Rail Pass’. Similar to the Eurail Pass, you need to buy it before you come to Japan.

At less than $500 for a 2 week pass, it CAN represent great value. But not if you’re going to use it so much, then it might not be worth it. The more you travel, the better value it becomes of course, and if you take long journeys – say Hiroshima to Tokyo, then you’ve already spent nearly half its value on one trip. So think about it. Regardless of what train options you plan on taking, there is one website that is extremely useful for planning rail trtavel, finding the price and more and that is this one –

It’s in English and it will pretty much sort you out for any train journey in the country, even local lines and lines around Tokyo!

Even if you’re living, like I did, in far flung Iwate, odds are you are going to come to Tokyo once or twice, if not more often. Most backpackers and tourists to Japan are also likely to spend some time in Tokyo. The best, if not simplest, way to get around Tokyo is by the trains. The subway. Call it what you will the rail transport network in Tokyo is epic, covers so much of the place and even links Yokohama in less than thirty minutes. It’s above ground, below ground, it even includes a monorail for one line. Great? Absolutely! Easy? Not so much.

Things you need to know about the Tokyo & Yokohama rail networks.

Actually, the same can be said for other major cities too, but none rival Tokyo in complexity and sheer busy-ness. Firstly, multiple companies run different train lines. Not such an issue for a single journey with no changes, but once you start changing trains, you may need to change companies and it’s not so obvious which lines are which companies to foreigners. This means you need a new ticket as well, plus when you arrive at the station you’re changing at, you will need to leave the ticketed area and find the entrance to the other line.

For example, JapanRail (JR) run different lines in Tokyo. If you go from one JR line to another at an interchange station, you won’t need to leave the ticketed area and your original ticket should be to your ultimate destination. If you have to change companies, though, to say Tokyo Metro (this is a collective of lines rather than a general term for using the Tokyo rail system, keep that in mind here because it can catch you out) then just buy a ticket to the interchange station, and when you change you find the Metro part of the station – which could be a bit of a walk depending, buy the ticket for the next stage of the journey there.

Simply, travelling on the Tokyo rail system requires a bit of thought. You’ll get to the ticketing machines and above will be a map of the connected networks. If you are lucky, it will have English as well as Japanese as the one in the photo does, but quite a few do not. The map will tell you the fare to the station you are heading too, you click that amount on the ticket machine screen, pay the money and take your ticket. The fares shown are from the station you are at before boarding. Also, if you have under-paid you won’t be let out the automatic gate. However, they have ‘fare-adjustment’ machines before you exit. Put the ticket in the machine, it will tell you what you need to pay, you pay it, you get a new ticket and are let out.

One way around ticketing issues is the Suica or Pasmo cards. They are cards you can buy for a small fee and you top them up – you must top up with multiples of 1000 yen. They are good for all lines in Tokyo and Yokohama. They are a touch on/touch off sort of deal.

Give yourself time to navigate the system. Some of the bigger stations are insanely busy at the right (or wrong) times of the day. That’s Tokyo Station, which is the biggest and busiest for sure, Shibuya can be really confusing, Ueno, Shinagawa also rate up there. The picture doesn’t show it, but at the wrong times Yokohama station can be crazy busy too. The stations are often linked to (walking) subway systems with loads of shops, or even large shopping malls. You go through a door and you are suddenly surrounded by jewellery. So I say again, give yourself time to work it all out. I’ve found that the rail system maps you can get don’t show the whole picture, include every line or explain the different companies and when you get to the station, even though you had it all planned, sometimes you need to rethink how you’re moving from A to B.

Despite all this, I love rail travel, and rail travel in Japan is pretty awesome! Thanks for reading, see you tomorrow with the final instalment of my thoughts on Culture Shock, and may the journey never end!

4 thoughts on “Japan Survival Guide Part 3: Getting around Japan by Rail!”