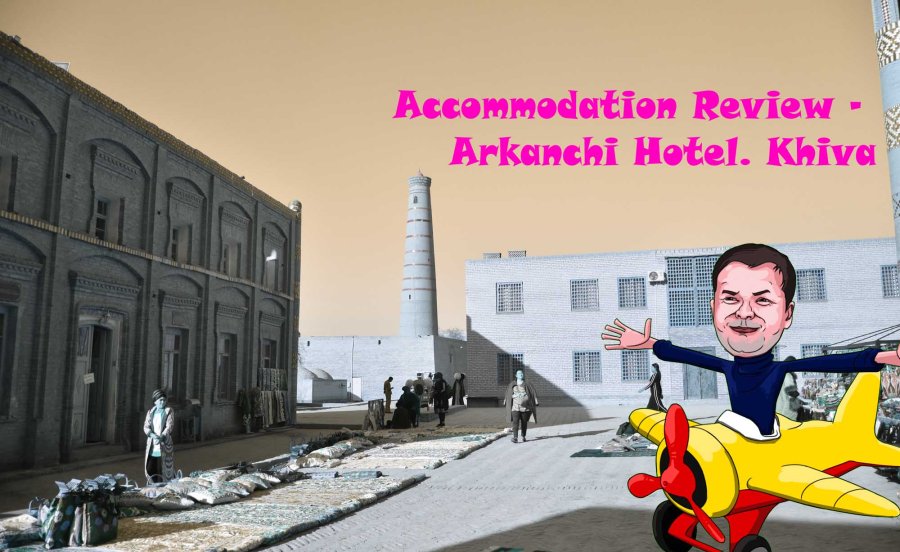 It was after 8pm at night when I finally arrived in Khiva after crossing from Samarkand by fast train and bus. The Arkanchi Hotel is one I found difficult to both say and to spell, but I got there in the end. The first thing to know about the hotel is that it is inside the walls of the old city, and if you are doing a hit and run stay in Khiva like I was (two nights only), then you are probably going to want to stay inside the walls because then everything is within a very easy walk. 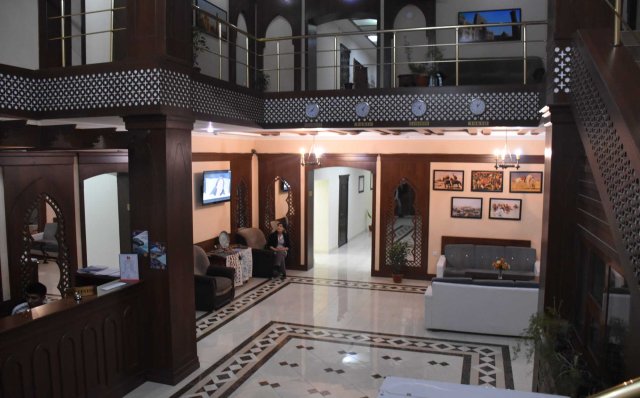 The taxi would not drive me inside the walls. He said he couldn’t, but the taxi that took me to the Turkmen border two sleeps later had no problems parking and driving inside the walls straight outside the hotel. Having said that, it was daylight this time and there may be different rules for the times.

So I walked the 200 metres or maybe slightly more past the amazing Kalta-Minor Minaret to my hotel, which I thankfully found with relative ease. Things were pretty quiet in both the old city and the hotel when I arrived. It was only around 8pm, but it was November, which is not quite the tourist season. Personally, it was around 17 degrees each day and sunny and so I couldn’t imagine better weather for exploring a place such as Khiva. I guess tourist seasons are more April-May and September-October. The middle of Summer would be seriously hot, well into the 40s so I can’t imagine it a great time for being in Khiva.

So, the hotel! All in all it’s a pretty decent place I have to say. It’s not going to rock your world, but at $28USD per night, it’s excellent value for money. There was also around $5USD in taxes as well per night – same with my stay at Jahongir B&B in Samarkand which is something to keep in mind when you’ve booked online because for me I had to pay those in local currency at the hotel. Money also can be an issue – only one working ATM at the time I was there, and that was a short walk from the hotel – well 10 minutes. Best to stock up on your USD – plenty of places to change around the place. Some writings on the Arkanchi I found said there was an ATM at the hotel itself – this is no longer the case. 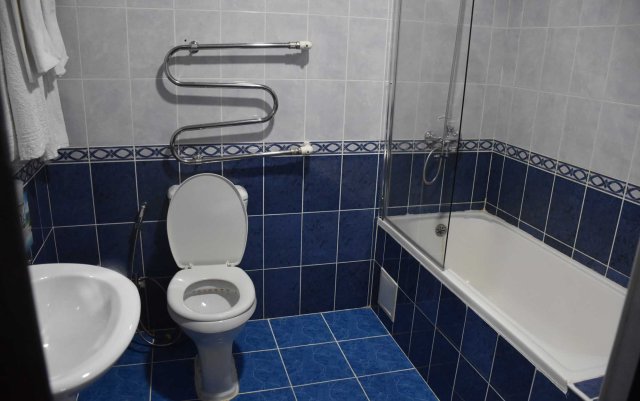 The service was okay. Depended on who was at the front desk to be honest, some were more cheerful and friendly than others (and indeed helpful). I got a quote for example to the border from a guy behind the desk. I went out to order a taxi and got it for significantly less in the end (as opposed to one the hotel could organise). But they have seen plenty of tourists and know what they’re doing.

The breakfast (included) was actually pretty good, and a step up from the ones at other places to this point I had had. Lots of hot options, with friendly service, eggs as well (actually eggs are pretty standard I guess). The hotel is clearly quite big because you go along a corridor, past the courtyard and souvenir shop to get to the dining room.

The room itself was well equipped with a small fridge and a television, and it was very spacious. High ceiling and plenty of room. The bath was nice too, and yes I did use it! Sometimes with these reviews it’s hard to know exactly what to say. So, in short summary – the place was comfortable, and everything I needed in Khiva. Was it outstanding? Well, no, it wasn’t perfect. A little bit of corridor noise and light that crept under the gap at the bottom of the door. It was a little dated, but frankly I liked that element. To the ratings!

Thanks for stopping by – May the Journey Never End!