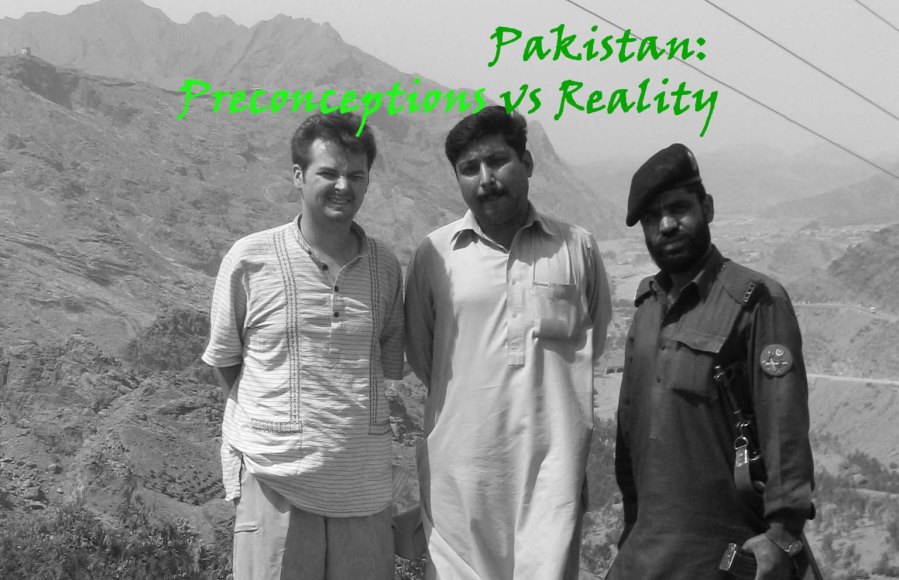 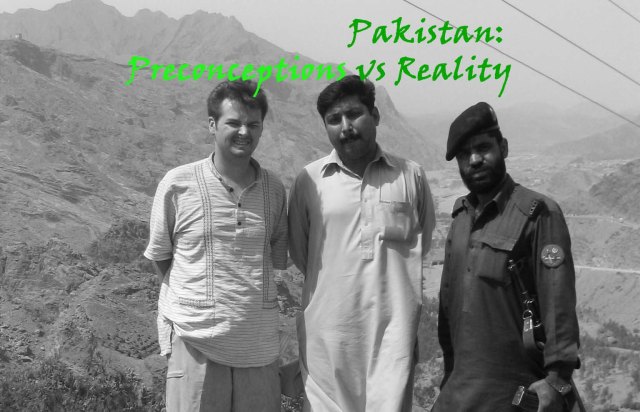 Howdy all. Today I thought I would do a thoughtful type of post, and reflect on my time in Pakistan some 15 years ago. 2004 was a hell of a trip, it was my plan to go from Bangladesh to Europe (and then onto West Africa, which didn’t end up happening that trip). It was a long time on the road between flights, a route taking me through India, Pakistan, Iran and Turkey before hitting Europe.

Of all those countries, there’s was one I wasn’t keen on visiting. That was Pakistan. The reason for that was that firstly, it hadn’t featured in a lost of countries I wanted to visit, and secondly, I felt like there was something a but wild and untamed about Pakistan, and I’m not sure I was up for that.

I was faced with the choice of going through Pakistan, or flying India to Iran, breaking the succession of border crossings and land travel, which would have been really disappointing. 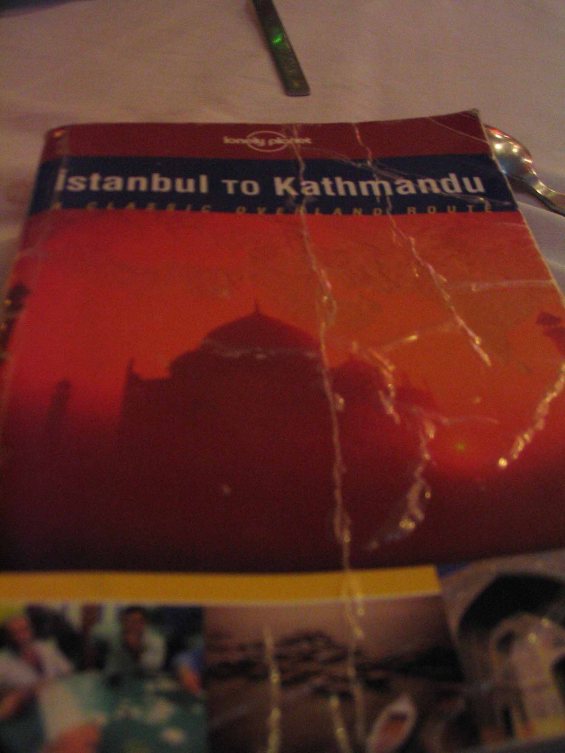 It’s fair to say that Pakistan wasn’t a popular destination in 2004. The latest Lonely Planet for Pakistan at the time was I think the mid to late 1990s. People were still interested in going to the Karakorum Highway heading to China, but that was about it. I took the Lonely Planet Guide Istanbul to Kathmandu to cover me for Pakistan, half of India, Iran and Turkey. Pakistan was by far it’s thinnest chapter but at least it was information no more than a few years old.

This was before the increase in terrorism in Pakistan, although Karachi had known a few attacks, but I wouldn’t need to pass through Karachi. This was well before the attack on the Sri Lankan Cricket Team in Lahore as well, which I think was a sad landmark in the timeline of Pakistan, because almost no international team has toured Pakistan since.

In contrast, when I was there India was playing Pakistan in a series of Test Matches, and for that the situation would have needed to be reasonably stable. This was also well before the Mumbai terrorist siege.

I got my book, and I felt more comfortable with the decision to head through Pakistan. In fact, by the time I left Australia, I was actually pretty excited about going there. It was remote, not filled with tourists, it was set to be an adventure. In fact, in my chosen path I had left the option (which I would take) to visit Peshawar, 60km from the Afghan border, with a reputation as a really rough and dangerous place.

So, my feelings went from fear to excitement, and that’s where they stayed until I crossed the border from India, but – how was reality?

The reality was, well, although I expected it would be most like India as far as places I had already been went, it also felt completely different in other aspects. Whereas India has a Hindu majority, Pakistan is a country that is 95% or more Muslim. Although I don’t know that that made a big difference, I was certainly aware that Pakistan is a Muslim country.

The biggest difference just moving about was that I certainly noticed that most people out and about were men, that women had a much less visible presence to the outsider than at home, and also in India. Taking a bus in Rawalpindi I was confronted, and I use that word to describe how I felt, whether it’s a right or wrong reaction you decide, I was confronted when I saw women wearing a full burka on the bus. The buses also had men’s and women’s sections separated by little gates. 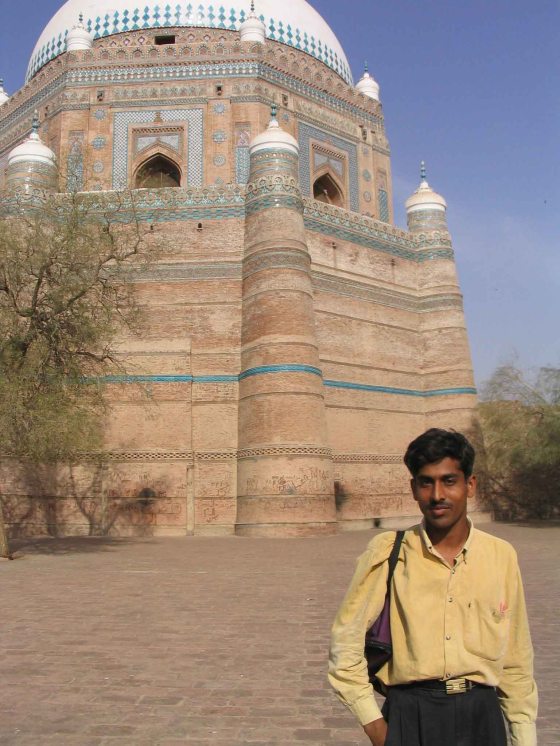 One thing’s for sure though – Pakistan was a friendly place though. Especially in Multan. As dusty and dry as any city you might come across. High thirties every day, but it was the people who were the warmth of Multan. From security guards at the cricket, to various characters I met around town, each day was fun. The minibus to Uch Shariff, some of the most beautiful shrines you’ll ever see are there, friendly people abounded, especially this father with his child.

Rawalpindi was a more hectic place, but dry and dusty as was everywhere I went in Pakistan (for the record, Multan was the dustiest and driest of all!) It’s a little wilder than Lahore, and felt a bit all over the place. However there were some amazing ‘truckart’ workshops and the guys were happy for me to take photos. The market was an interesting place to explore, although I wasn’t prepared for four goats’ heads lying in a row. That was a bit confronting. I explored the market and returned to them – two had been sold!

Islamabad is the capital, a 15 minute journey from Rawalpindi, and the two places couldn’t be more different. Wide streets, a beautiful, modern mosque, and a hill overlooking the city where people escaped to. I met a few people there and had some friendly chats – including I think the only time I had a proper chat with a woman in Pakistan. Except… the woman was from Kuwait.

And still this divide surprised me. In Multan I tried to book some train tickets. Nothing available for the next few days but I was able to book for later ones. The head of the train network in Multan actually invited me to his place for dinner when I was there trying to book tickets! (I wonder how many locals he invites over) It was an unexpectedly friendly gesture. His wife ate separately to us, which to me felt strange. It’s a case of cultural sensitivity versus people’s rights I guess, and it’s hard to compare to norms at home. Speaking of transport too – the buses between cities, usually Daewoos, were brilliant! Clean, with attendants and meals. Yes, I hate to admit it – much better option than the train after all that! Except at night when you want a sleeper.

And really, everywhere I went people wanted to know me. Just posting a box back home I remember I had a bunch of people help to get this form and that, then to get it packed correctly I had someone take me on their scooter around to get this done. It was all extremely generous. I even got really sick the day before I was due to leave Pakistan in Quetta, with a bus leaving that night. I bought the ticket from a guy in a hole in the wall. There was no problem changing it for the next night, or whenever I was well enough. I have to say I was expecting to have to pay for a new ticket at least!

And so Peshawar. Yes. This was sort of the exception in a way to the rest of the country. At no point had I felt any danger was present wherever I’d been in Pakistan, but in Peshawar, I felt uneasy. I paid far too much for a tour of the Khyber Pass from a very dodgy guide who I later found out had accepted far less for the tour from another tourist. Yes, I accidentally bumped into someone later in my travels, in Bulgaria, who had had the same guide on the Khyber Pass. The tour also visited the Peshawar ‘Smugglers’ Market’, where all sorts of weapons and strange things were on sale.

The town did feel a little dodgy, and I was on edge for the two nights and days I stayed there. The first night was interrupted by an earthquake, which certainly didn’t help! It was rough and the guides I felt descended so quickly on tourists because at this time they had experienced a huge drop in visitors. But all in all, I’m very glad I made it there and got to see the Khyber Pass.

So – how did Pakistan match my expectations? Well, in some ways it was exactly how I imagined in. But I certainly didn’t expect the amount of kindness and help I received. Some of it was overwhelming, especially in Multan. But I also didn’t expect quite the level of segregation between men and women that I found. That was certainly unexpected.

Pakistan is probably more exciting in the mind, more wilder in the mind, than in reality. Although it has its challenges, it’s not a particularly difficult place to travel if you have some idea of what you’re doing and research well beforehand. And today the situation is a lot better than it has been for maybe 10 years. Whatever your expectations of Pakistan, it will surely defy them if you go! Thanks for reading today, and May the Journey Never End!

One thought on “Pakistan – Preconceptions Versus Reality”