It has been suggested to me that writing about food and restaurants is something I could do more of. Or any of, really! So I decided I would create a somewhat regular blog called ‘Tasting X’ talking about different places I have eaten apropos to some sort of review, I guess. I’m going to look for interesting places I’ve eaten rather than, well, heading straight for ‘quality’ it you know what I mean. I will be talking about the experience and the food, but I won’t be giving any kind of score because really, who am I to judge? I eat a lot of rubbish! 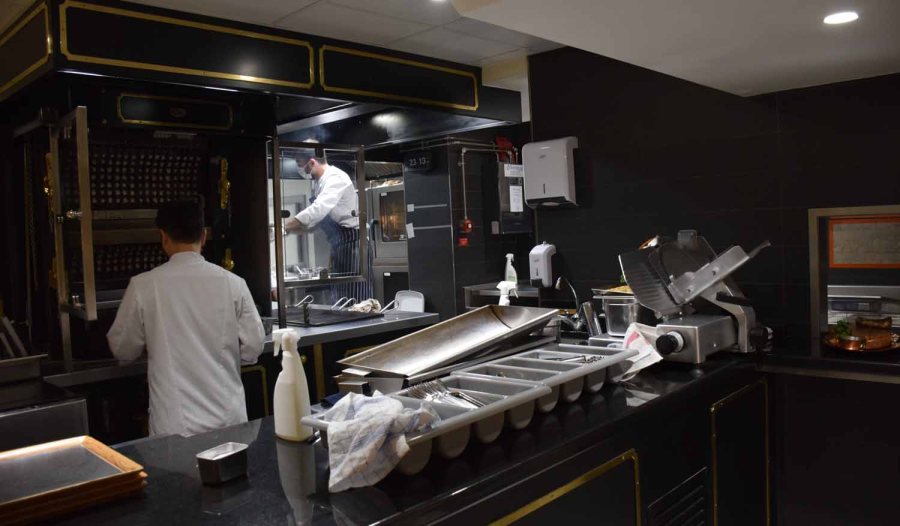 I’m going back to 2017 and Paris’s ‘Clover Grill’, a meat-based restaurant we were invited to attend via a friend of my wife. This is NOT an eatery for vegetarians. It’s basically meat, meat, meat and more meat. Especially steak. The head chef, or the founder, is Jean-Francois Piege. Another restaurant of his received 2 Michelin Stars.

You can get basics side with the meat, such as French fries and I think basic vegetables, but you had better have brought you inner carnivore with you at Clover Grill.

They have an open kitchen at the back, and the décor is quite interesting with tiling, a fair bit of black and white, something from a few decades ago – perhaps even the 1920s. Which I liked.

As far as the clientele are concerned, it obviously has a reputation among foreigners and particularly Americans. There was a large table next to us of people from the US, and there were at least a couple of other tables with Americans on them. It’s not in an area swarming with tourists, so this means it’s built up a good reputation through word of mouth, reviews and recommendations. 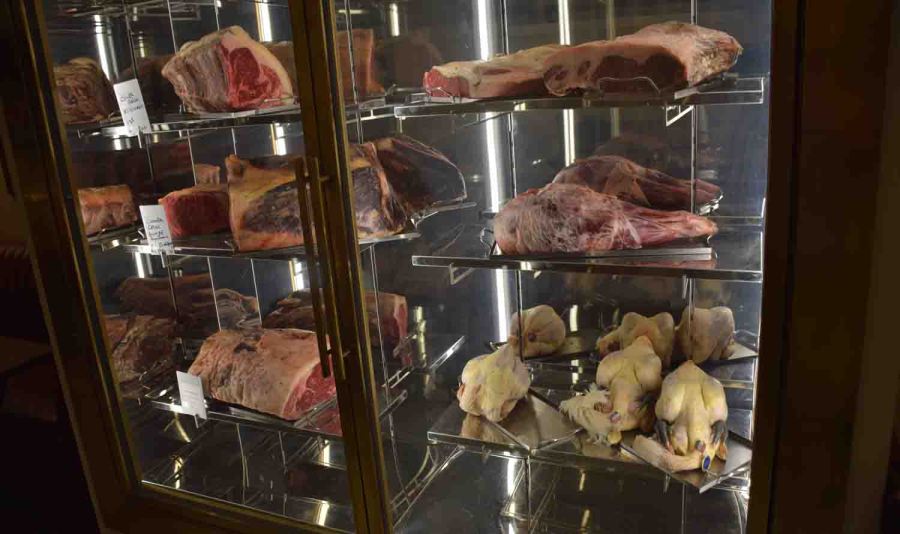 When it was my turn to order, I ordered a steak for 32 Euro. This was definitely on the cheaper side of the menu! Our French friend had 76 Euro worth of beef – and it was a LOT. The waiter asked me how would like my steak – which was plenty big enough – and said ‘How would you like your steak, well done?’ And this, more than anything stuck with me.

I mean, I knew that the French frowned upon people having their meat ‘well done’, but to just presume as I was a foreigner that I wanted it cooked in this manner, and to roll an eye roll into the experience, actually really pissed me off. Also, for all those of you thinking of shouting me a steak one day, I like my steak medium-rare.

The table next us was devouring meat – whole chickens, large beef cut into strips, at an incredible rate. The portions were huge and the meat was definitely tasty! You could go round to the kitchen and see the chefs at work, and see the meat hanging in the fridges waiting for purchase, grilling and consuming! 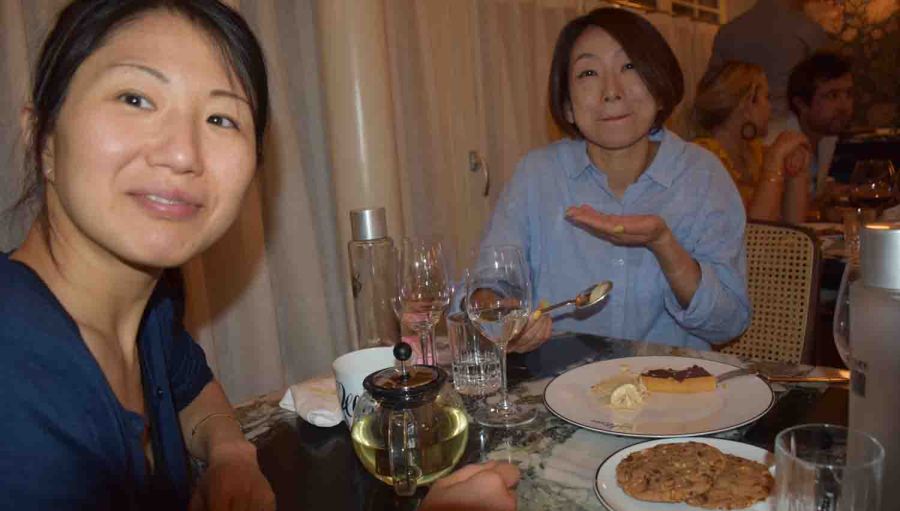 There were also desserts too!

All in all, it was extremely expensive for me, I can’t deny that. But it was an interesting and worthwhile experience, even if I felt I was rudely treated. If you are a true carnivore – this might be the place for you! Thanks for reading, and May the Tasting Never End! 😛