Head to Jaipur, Rajasthan and take a tour. It’s sure to include a site known as the ‘Royal Gaitor’. It’s not far from the city walls (but it is outside), but it doesn’t seem to rate in the pantheon of sites of Jaipur – from the city palace to the Amber Fort which is a fair way out of town.

So it is that you might go there and think ‘this is really nice’, but not get to know much about the spot. It sits below large ragged, rocky mountains, and it really is very beautiful. Both times I’ve been – that’s earlier this year and back in 1999 – there weren’t any crowds. Go back to the centre of town and the City Palace and the Jantar Mantar, a royal observatory.

This makes it a wonderful place to chill, relax and take in for a little while. The Royal Gaitor is a collection of cenotaphs – monuments to those who have passed, but not at the site where they rest. And as we’ve seen with the Jaswant Thada in Jodphur, they are very ornate working around arches and domes as the main features of the architecture. 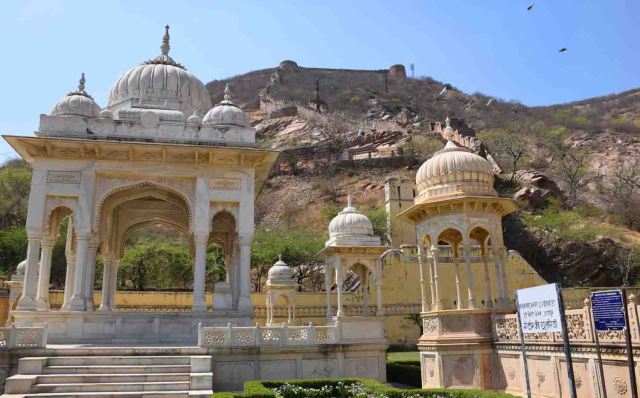 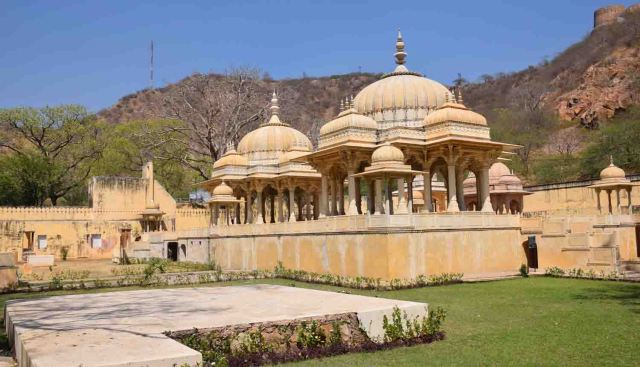 Who are these cenotaphs for? Well, from a bit of internet digging Maharaja Madho Singh II, Maharaja Jai Singh II and Pratap Singh for sure – all rulers of Jaipur from yesteryear. Their reigns vary from the 17th to 20th century.

But really, the pull of the place is not the history. You can get a guide to come in with you, they are usually waiting for visitors. You’ll probably pick up a bit of the history, but if you’re anything like me, much of it will fade from your mind pretty quickly. It’s not expensive, which is obviously a plus, maybe a dollar or so. Other monuments can be $10AUD or more.

You can see the ‘still-mostly-standing’ city walls. Well some sort of outer city walls at least that head up the mountains/hills to what look a bit like fortifications up there. Imagine climbing those hills! Whew! Considering cloud cover is rare. Still, in winter I guess it’s not quite so hot! 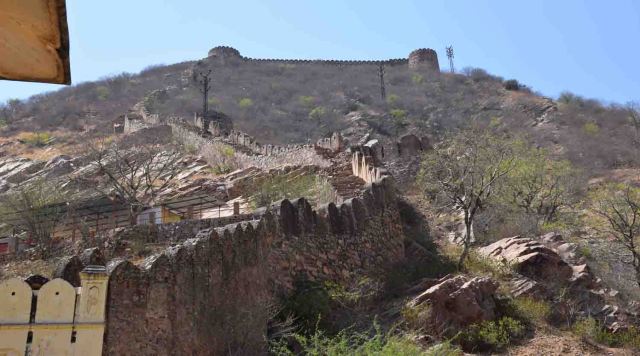 I advise just go there and marvel at the Moghul architecture. Probably morning or late afternoon, because it’s cooler. However, it’s not THAT bad in the middle of the day, naturally when I ended up there. Yes, Rajasthan, like so much of India, is dry and not blessed with much vegetation. However – these monuments, and there are several in the area, provide shade under the domes, and a sort of escape from the normal craziness of India.

So, if you’re in Jaipur, don’t go missing the Royal Gaitor – it’s pretty special! Thanks for reading today, and May the Journey Never End!