Have you ever been to a place and you never quite felt settled? I’m talking in travelling terms here – where you spent your few days there somewhat unsure about the place and the people you met? And the experiences you had? Well, that was how I felt in the Pakistani city of Peshawar. 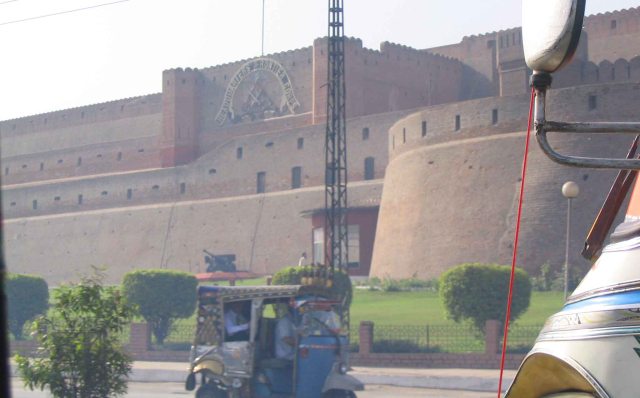 Now it was a while ago, I’ll be honest. It had been a pretty long bus ride from Rawalpindi, which is the twin city of the capital Islamabad, sitting literally right door, and it was 2004. The situation was that Pakistan was pretty stable at the time, and I’m pleased to say it’s become more stable in the last 12 months if anyone is considering going.

Off the bus I got in the late afternoon and I took an auto-rickshaw to the Rose Hotel where I slept (or tried to) on my short stay there. It’s a tallish hotel, and I was surprised to find it on Trip Advisor. Not as surprised as I was to find I remembered the hotel’s name though!

It was a budget hotel, and it was a hike up to the third or fourth floor to my room. Which was quite nice except for the squat toilet, which I am usually fine with but the stomach wasn’t 100%. I met a guy in the lobby, name of Sohail. See, I was there to do a trip up the Khyber Pass and back. And he was a guide.

And he asked me to come out to an Afghan place for dinner, which I did and discuss the day. I settled into my room, below the traffic beeped and bumped and moved around, it was a very busy intersection the hotel stood on.

At the restaurant, I admit I already distrusted Sohail. If you’ve read my old posts on the Khyber Pass you’ll know that I discovered later on that I had well been ripped off. He had me not trusting him from the outset, but this was a bit of a hit and run mission and I thought I could knock a bit of the price over dinner.

Which was nice. I wonder which restaurant we went too, it was very dark inside with lots of curtains and it was an all-meat affair. I think that we were the only ones in the restaurant too. In fact, I don’t recall seeing another foreigner in Peshawar at all when I was there.

It was the time after all the refugees who’d been staying in Peshawar had gone back to Afghanistan, some 60km away (we would get to within 1km on the Pass). Back in my hotel room, my stomach wasn’t coping and I was feeling ill. It hadn’t been settled much in Pakistan.

So, it took a few hours before I finally nodded off, getting picked up at 7am. But then at around 2am, I was woken. Someone was in my room, shaking my bed! What??? No – there wasn’t. It was an earthquake! The whole Rose Hotel was shaking! I wished I was on the ground floor. I got out of my room and looked down at the ground – it had a square arrangement with a courtyard below. I spoke to a guy in a hockey team staying there, who said that earthquakes were pretty normal. It then stopped and he confirmed to me ‘that will be all’. How he knew, I don’t know. 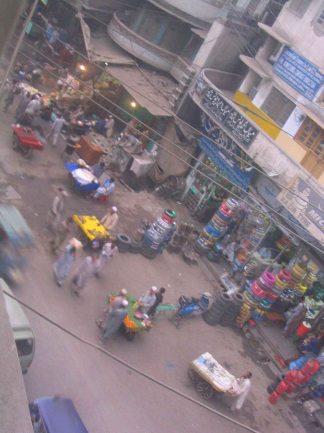 The next day came. I almost postponed for a day, but in the end I really enjoyed my time at the Khyber Pass. We came back in the afternoon and visited a weapons market where I was shown a number of guns, one that was pen – just like James Bond, hey? There’s no doubt this added to the ‘frontier feel’ of the place.

There’s an interesting fort there, and there’s a heck of a lot of bustle. The last city before Afghanistan, Peshawar is a border post of sorts and perhaps not a place to visit right at the moment. I left on a long bus ride to Lahore. It was a fast visit, but a place that left an imprint on me. Thanks for reading – May the Journey Never End!

5 thoughts on “Pensive in Peshawar”