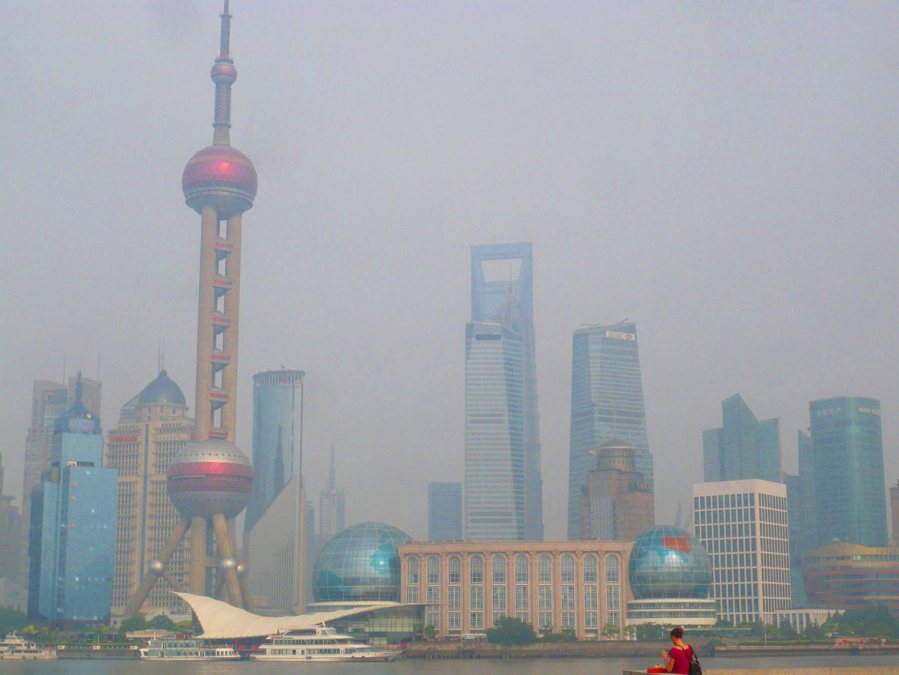 If there was one city in China I was keen to visit before I went there, it was Shanghai. Why? Perhaps it seemed the most romantic of China’s cities? The most forward-thinking even back before China opened itself up to tourism, full of shiny skyscrapers and technology. Ripped off technology, sure, but technology none-the-less. I had the impression it was the mainland version of Hong Kong.

And so it was in 2011 that I finally headed to Shanghai to see what it was all about, and it’s not a place you easily forget either. I arrived by train, I left by plane – Spring Airlines, China’s budget airline that believe you me is quite an experience. Two hours on the tarmac waiting for clearance to take off whilst the stewards and stewardesses begged the forgiveness of the passengers for the delay – on their knees!

Getting about Shanghai is pretty easy with a pretty good metro system that even goes out to the airports. There’s a fair bit of security on the Shanghai Metro too with metal detectors and bag searches often going at many stations. Be aware though that getting on and off the metro is often a competition and you can be right at the door about to get off and be swamped by the people getting on. People of the world, when it comes to trains, LET THE PEOPLE OFF FIRST! I know you are desperate for a seat, but really this is not only polite it’s the logical way to do things! Honestly!

Shanghai is an old city, with a modern outlook. There’s a colonial past in Shanghai which is still there to see in places, such as the French Quarter which has wonderful leafy avenues and appears today to be very much the diplomatic quarter of the town. The highlight there is the Propaganda Museum. It’s really a must, hidden inside an apartment building and spread over a three or so very cluttered rooms you will find a plethora of propaganda posters, mostly from China. You’ll see a lot of anti-American sentiment in the posters, and then suddenly a bit of anti-Soviet sentiment from a point after Stalin died where the Soviets decided to apologise for some of the atrocities under his reign. It’s really interesting. It’s naturally full of the colour red, and is unlike much I have seen before.

The ‘Bund’ is the area along the Huangpu River, where you can see both sides of the city. On the far side you’ll see some very interesting buildings and skyscrapers, on the main side you’ll see colonial buildings (British) and see the tourists and locals taking in the sites. Yes, there’s a fair amount of pollution in Shanghai, but it doesn’t rival Beijing even slightly in the pollution stakes!

You can take a ferry to the other side, or the metro, but the most novel (and probably the most expensive) way to cross the river is by the ‘Bund Sightseeing Tunnel’. If you ever wondered what it is that Chinese people want from a tourist attraction, maybe this shows you. It is one of the most bizarre assault on the senses that I have ever experienced. It takes 10 minutes or so to cross under the river in a small sort of gondola-car, and there’s music and flashing lights aplenty. If you have epilepsy and an issue with strobe lighting, then probably this is best avoided. Otherwise, you’ll get to the other side and like me wonder ‘what the hell was THAT?’

Here’s a little video I made of the ‘experience’ :

Best then to find a bit of culture, and there are some good museums and galleries in Shanghai. The Shanghai Museum has a splendid collection of paintings, bronze works, pottery, coins and everything else you could want in a museum over many floors. Even my good self, who doesn’t really enjoy museums unless they are a little quirky for some reason, thought this was a pretty impressive place. Find more info on it here –

Shanghai’s Old Town is worth a few hours on foot, with many beautiful buildings, mostly restored, and more. There’s plenty to buy there in the way of souvenirs too. You want shopping? Well, most things you want, you can find in Shanghai. Of course, as it is such a big city, things are not as cheap as they could be, it’s not a bargain hunter’s paradise sadly. And then there are the rip offs – fake ipads for example. I was offered one at around $300, which really wasn’t that much cheaper than the real thing and if it breaks, what do you do? What CAN you do? Nothing. You’ll also find heaps of places selling ripped DVDs. I was surprised to find the current season that hadn’t finished airing in the States of one popular sitcom there. It was pretty cheap, five dollars or something, so I bought it to discover naturally that it just stopped at episode 18 or so!

They vendors boast that name a TV show or movie, and they can find it. They lie. They didn’t have ANY of the missing episodes of Doctor Who at all! Ok, so that was just me being a prick lol. But they are so PUSHY!

Shanghai is a bit of a special place for me. I was reunited with a couple I met on a bus in Vietnam purely by accident when I was at the museum. Steve and Elke are simply brilliant people, I would meet up with them (this time on purpose) later in 2011 in Luxembourg. I was tapped on the shoulder in the museum by Steve and was so surprised! I met them very briefly and it was more than 1000 km away!

I was also approached by a group of people who attempted the well-known Shanghai Tea Ceremony scam on me. Thanks to the Lonely Planet, I had heard of the pattern and to my amazement, it was like the people who tried it on had read the guide book and followed the instructions step by step. I was approached by a group of young Shanghaies, who I presumed were students, who said they wanted to practice their English. We chatted for a little while, they were ultra-friendly and there were about five of them. They wanted a group photo with their new western friend, someone else took the picture for us. These were pretty much the steps in the book. The only difference was that this was outside the museum instead of along the Bund.

THEN they asked me to go with them to a Tea Ceremony. Well, I twigged straight away. Actually, they had seemed too friendly to be true initially as well. So I was already suspicious. I said I had to meet my friend in the museum, it was a bit sticky but I got away. They turned a little narky on me because I was ‘refusing their hospitality’. Anyways, it’s an old scam where you go to the tea ceremony in someone’s house, it’s all very nice but then you are presented with a whopping great bill. Many end up paying hundreds of dollars for a small cup of tea just to get out of an awkward situation. So, I was never going to go to ANY tea ceremony!

Finally, if you’re a backpacker and looking for a place to stay in Shanghai, I stayed at the Blue Mountain Hostel Luwon. It wasn’t very central, but was less than a minute’s walk from a metro station. Rooms appear to start at about $20 these days, but when I was there it was a bit cheaper. Even though there aren’t dorm beds listed, I thought they had some. The common area is nice and the rooms are fantastic for the price. Don’t forget, this is Shanghai, a pretty expensive Chinese city!

And that’s a brief look at Shanghai. I can’t say it was the most amazing, bestest place I’ve ever been, but I wasn’t disappointed either. I enjoyed my time there. Tomorrow the blog will head south a bit to Vietnam as I unveil the latest in the ‘Short Journeys’ range. Until then, may the journey never end!