Howdy all. I thought I would roll the two hotels I stayed at whilst in Turkmenistan into one post today. Because I thought it would make a more interesting post and give a small insight into travel in Turkmenistan, where you have little choice but to go on a tour where you are transported around and picked up from your hotel at the start of the day and dropped off at the end.

At the End of Each Day…

The good thing about the experience is that I was getting back by around 5pm and there were no restrictions on where I could go after that, but I must admit the pace and constant driving takes its toll. I only had two hotel stays in the country. First night was in a yurt, then two nights at the Ak Altyn Hotel in Ashgabat, then the Mary Hotel in Mary (not an imaginative name admittedly) then back to the Ak Altyn for my final night.

Hotels will register you too, as does your tour company. There’s a fair bit of paperwork at times but most of it won’t be handled by the visitor. But when you walk through the door to your hotel, what is it like?

The Ak Altyn is a three-star hotel, although some places seemed to list it as four star. But it’s definitely a three-star affair. It’s located less than 15 minutes’ drive from the Ashgabat Airport, which is designed to look like a white eagle. I had a good view from the window of my room.

It’s a little eerie, Ashgabat. Clearly the hotel is in one of the older areas of town. Ashgabat was destroyed by an earthquake in 1948, like seriously destroyed, and so most of the buildings in the area were built in the Soviet period after that year. Whereas much of the city is shiny and new, being built after independence in the early 1990s after gas was found and the country got rich. So much of the shiny marble that punctuates the city is not seen in this part of the city.

The entrance is quite spacious. The front is covered in glass and brown plaster(?) –  the look is, admittedly, quite dated. It evokes memories of hotels from the 1980s, which may have been when it was built. I found it to be a pretty quiet hotel. I found both hotels actually to not be blessed with patronage. The staff were business like, not the sort to have a conversation with you but everyone I met spoke decent English. There were two little gift shops with very similar wares for sale. The same bunch of unimpressive post cards, and lots of nick knacks.

It’s a little eerie, Ashgabat. Clearly the hotel is in one of the older areas of town. Ashgabat was destroyed by an earthquake in 1948, like seriously destroyed, and so most of the buildings in the area were built in the Soviet period after that year. Whereas much of the city is shiny and new, being built after independence in the early 1990s after gas was found and the country got rich. So much of the shiny marble that punctuates the city is not seen in this part of the city.

It’s not a bad hotel. The room is a bit drab and the hot water takes time to run, the bathroom is a bit dated but it’s very serviceable with a decent view. The lift has a view too as you go up and down, although it is one of the slowest lifts you are ever likely to take. The room is spacious and there is Wi Fi. Like any place in Turkmenistan it has a lot of sites blocked including Facebook and Dropbox. Google stuff seemed to be fine though. The speed was very slow, however it was probably the fastest internet I had access to in Turkmenistan. The restaurant was serviceable. I had a dinner there and breakfast was included in the price. It was basic, but it was a buffet and there were sausages, bread and jam amongst other things, some that weren’t so easy to identify. 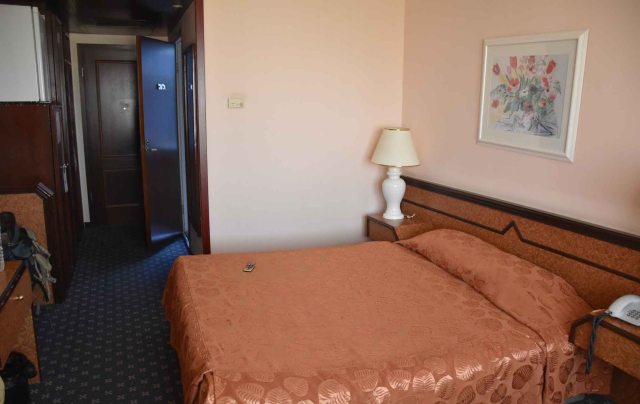 I slept pretty well there. The days were busy and so I was pretty tired by the end of the day, but still no real issues. Didn’t hear a lot of noise from the corridor or other rooms.

Staying at the ‘Mary’ in Mary

In Mary I stayed at the not very cleverly named ‘Mary Hotel’, which was a four-star affair. It was in the middle of town, a walk to various interesting buildings, and the local market too. The exterior was again glass-based. It was, on the surface a significant step up on the Ak Altyn. However, there were shiny bits and pieces that weren’t stuck on too well, especially in the bathroom.

This hotel was definitely nicer though than the Ak-Altyn. The room was just as big. No bath, decent shower, the bed was comfortable, the rooms were off corridors. And the biggest issue I had was the noise. It was rather annoying because they seemed to be barely 20% full but they filled rooms next to each other. It sounded likes a bucks’ party happening across the corridor and so I didn’t get much sleep. I felt like the hotel had very thin walls and it was all polish with little substance. The internet was comparable to Ak-Altyn, but possibly a little slower. 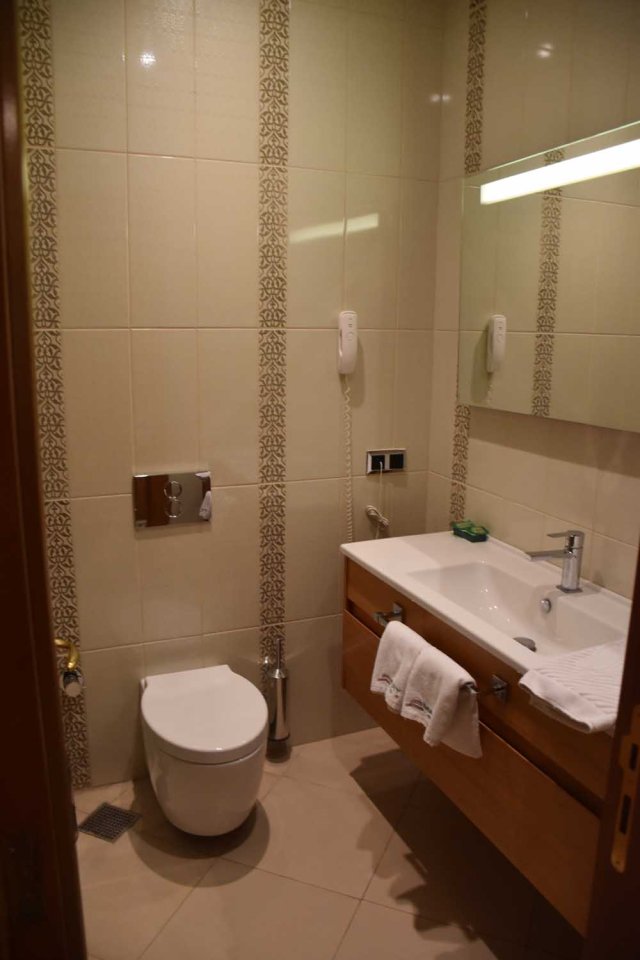 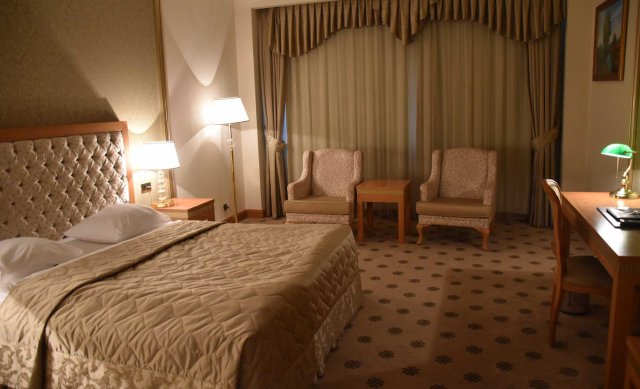 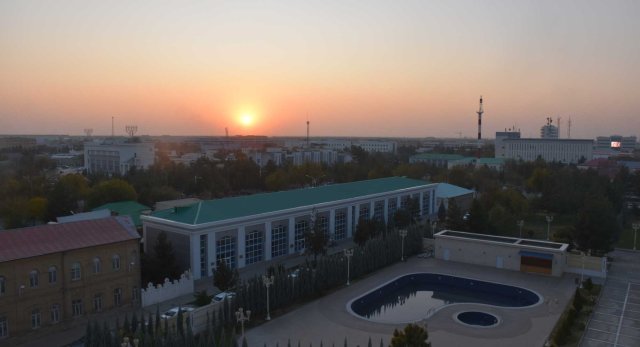 The restaurant was again pretty quiet, a couple of people there. Not a great choice of drinks – one thing to keep in mind in Turkmenistan, ‘name’ soft drinks can be surprisingly expensive. At the Ak Altyn Hotel my can of Sprite was half the total bill. 35 Manat – which is officially $10USD, but more like $3.50USD at the unofficial rate. Which comparatively is really expensive. In fact that was not the most expensive I found there!

All in all, hotels do feel somewhat weird in a country where everything seems a little off kilter. But as a far as a comfortable room in which to stay, both of my hotels were absolutely fine. Here are the ratings –

[Internet found price was around $119AUD]

Thanks for stopping by, May the Journey Never End!

5 thoughts on “What are Hotel Stays like in Turkmenistan?”