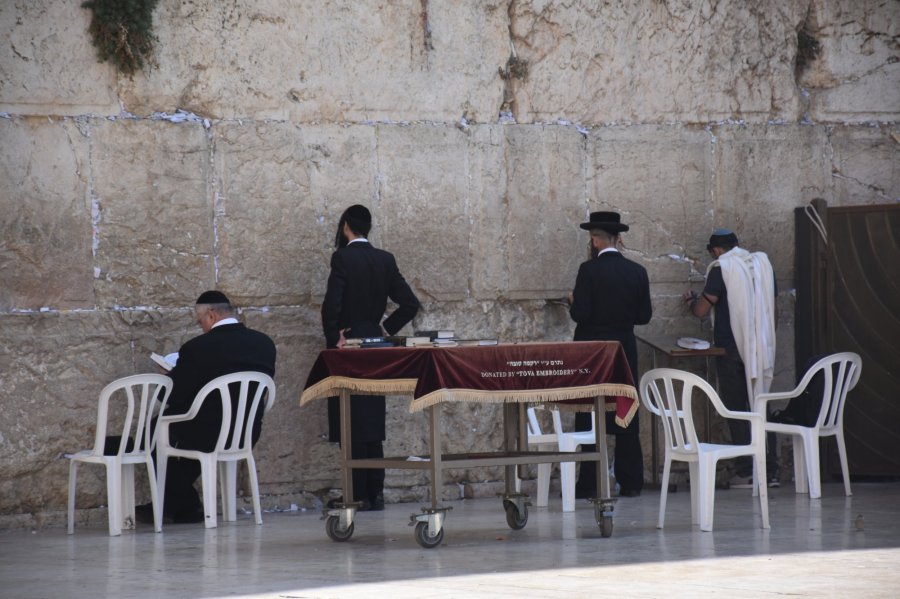 Howdy all. You join me in the Israeli capital of Jerusalem still fighting a cold but with three days of site seeing behind me. Today I went to the brilliant Israel Museum and spent the best part of the day there, but today’s post is about the previous two days and travails and tribulations in Jerusalem’s Old City. 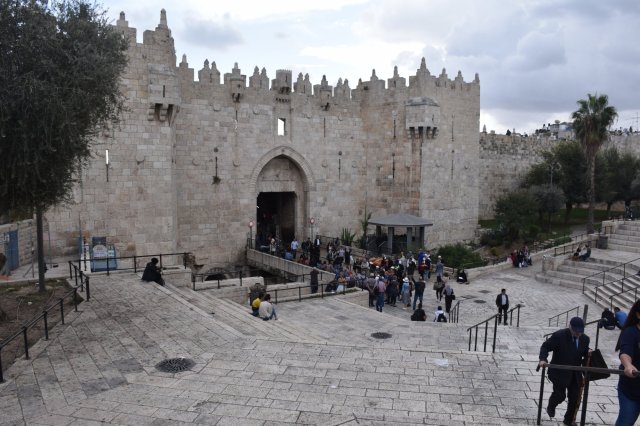 So I should start by saying that it’s freaking incredible. It’s fair to say that there is no Old City quite like the one in Jerusalem. Its history is literally layered on top of itself through different years, rulers and indeed temples. To take you through everything I’ve learnt here in one post would be impossible but it has reinforced why I keep a diary.

I was not aware of it but apparently Saturday is the busiest day in the Old City and when I entered via the Damascus Gate I was in for quite a shock!

It was packed! You could hardly move for the tourists. The bulk of the Old City is narrow alleyways which really form a large sort of souk. Every sort of souvenir you could imagine was available to buy. 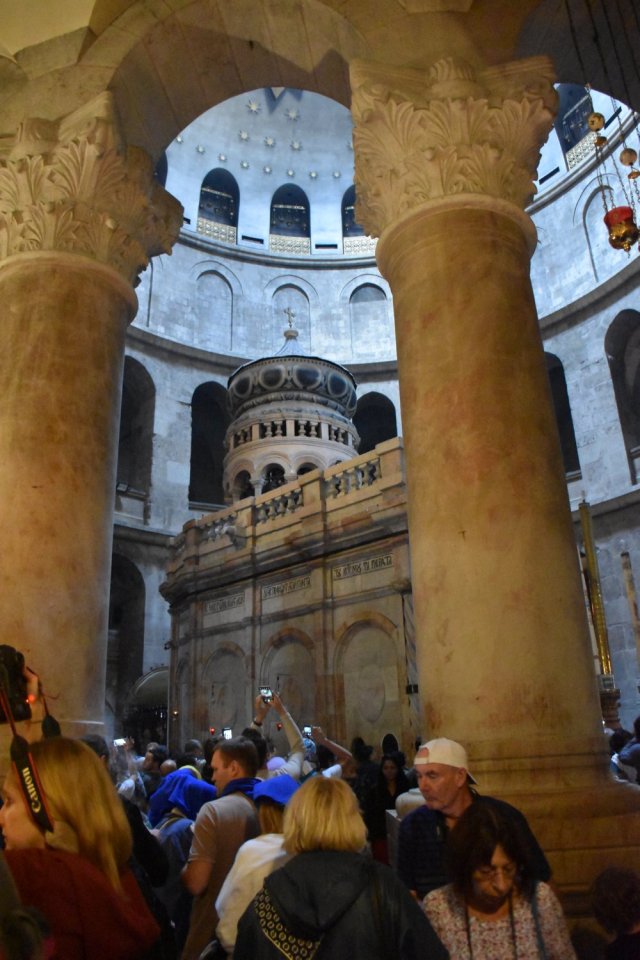 I made my way to the number one site in Jerusalem for Christians and that is the Church of the Holy Sepulchre. This large church was first erected in 300 AD ish and is believed to stand in the site where Jesus was crucified. I have been to the Louvre, the Vatican and many other highly popular place for people to visit, but let me tell you the way people were packed in there at this church was a whole new level. They probably need to sell tickets and limit the number per day as people can come and go as they please. It is an amazing church and an understandable pilgrimage site for Christians, but nevertheless it couldn’t have felt less holy. 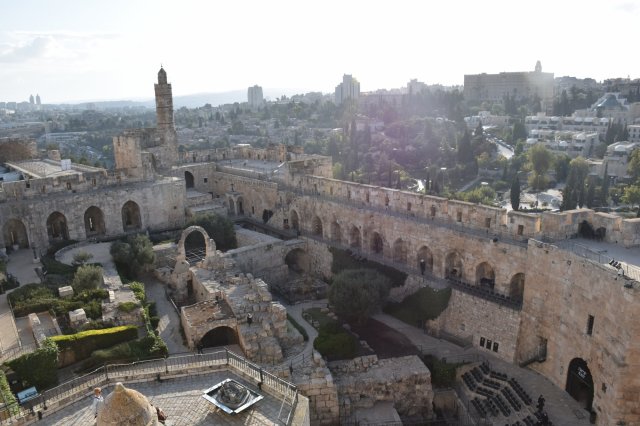 The Tower of David Museum illuminated some of the history of Jerusalem, and was very worthwhile. But the key elements to the city are the Temple Mount and the Western Wall.

For those not familiar with the city, the Temple Mount is basically a large rocky hill where temples of Jerusalem, the most important holy site for Judaism, once stood. There were two essentially, both destroyed. The second was destroyed in the year 70AD by fire, riots and Romans. This put an end for hundreds of year not just to the temple but the city below which also burned. The Western Wall is the wall – to the west – of the Temple Mount.

Today only a small portion is visible as the city below was built on top of arches and passageways and more, and so the height is obscured in 2019. This is also known as the wailing wall. As today the Temple Mount is actually home to the Dome of the Rock, a mosque which is Islam’s third holiest site, the Western Wall is the closest people of the Jewish faith can get to where the temple once stood, and thus they come to offer prayers here – which are often written and stuck into the wall.

I visited the Temple Mount, known as Harem esh-Sharif, and saw the Dome of the Rock. Suddenly tourists were being ushered off the area being told it was time to exit, although the information I had said there was another hour and a bit to go. Still, I got to see it and take photographs. It should be noted that non-Muslims cannot enter the Dome of the Rock.

The Western Wall Tunnel Tour is one I have to recommend to visitors of Jerusalem. I’m not sure technically that they are ‘tunnels’ as they are not underground, but you could be forgiven for thinking so. You follow the wall below what is visible up top. It’s some 40-50 metres in height from the ground up, but keep in mind that the city was built up higher after the first crusades when in Arab control. To walk around somewhere near the real base of the wall is really interesting as is any opportunity to learn more about the history of this city and how it has changed over time.

There has been more, much more. I explored the Jewish Quarter where there are museums built over the ruins of houses and mansions that were mostly destroyed in 70AD. To think this was all dug up 40-50 years ago is amazing. But everywhere I turned I would run into a large tour group. And the size of these groups is something – 30 people would be a small group. So it’s quite relentless. What I have described above would be my Old City Highlights. Although I’m not sure I would call the Church of the Holy Sepulchre a highlight exactly…

More in the next day or two depending on when I get some time. Thanks as always for reading – and May the Journey Never End.

3 thoughts on “The Battle of Jerusalem’s Old City”