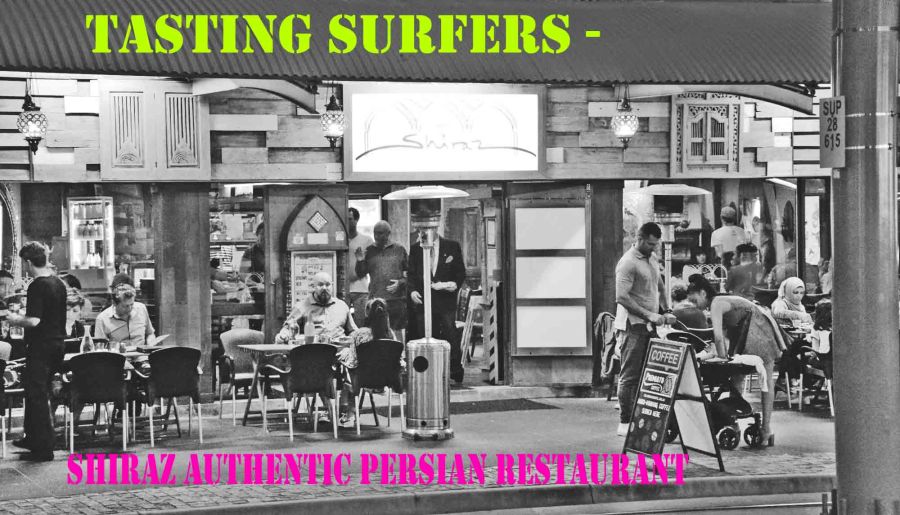 Howdy all and welcome to another ‘Tasting’ blog where I go as foodie as I get. Today’s review is of a restaurant I visited a couple of months back now in Surfer’s Paradise. As soon as I realised there was a well-regarded Persian restaurant in the centre of Surfer’s, I knew I would have to try it. Persian food is a mixture of meat and beans to some extent, at least that’s been my limited experience with it, but I have always enjoyed it. Probably because it uses a variety of spices that aren’t particularly ‘hot’. Me and hot spicy food are not a great combination.

So I had done a bit of googling before heading up to Surfer’s to see what restaurants were on offer, and this was the first one I settled upon (the other being the Brazilian Bar and Grill). When I got to Surfer’s I actually walked past it on the first day. I went there after a long day of doing stuff – snorkelling out in the sea and also at Seaworld, where I’d spent the entire afternoon. So, I was very glad to find this place was a stone’s throw and no further from my hotel.

The place was interesting when you entered. There were also tables just outside on the footpath – well not the footpath there was plenty of room for them – and it was just the perfect spot to sit down and eat. The establishment seemed to be family run. In fact, I am sure it was! Inside was a little dark, but not too bad. Some tables were somewhat cramped. But the ambiance was fine. 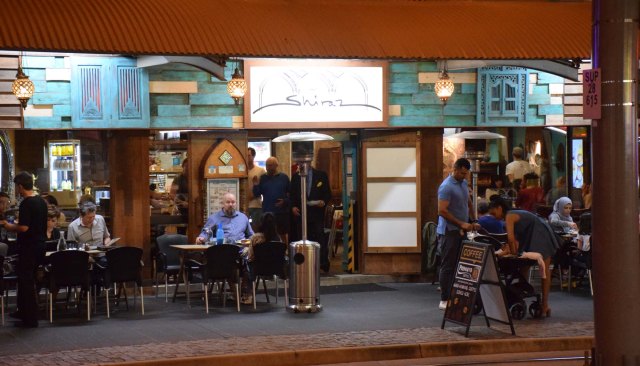 I was shown to a small table by the door, but was very glad when someone outside finished and I was able to take that table. I always feel like I need to order two courses if I want to do a review. I mean, technically I should probably sample as much as I can, but this isn’t really a restaurant blogger se. So I elected to go with an entrée and a main course.

I decided against dessert. There were plenty of Persian or similar options on the menu, however I preferred to get entrée and main, and there were a number of desserts with pistachios, which, as with peanuts, I am allergic too.

My entrée of choice was Mirza Ghasemi. The menu has a lot of pictures of the food, which I think really helps and presumably caters to patrons who are not necessarily familiar with Persian food. This is aubergine (eggplant) cooked in a tomato sauce with tonnes of garlic and eggs. And it’s really really delicious  – although it helps if you like garlic! There was a picture on the menu and it turned out to be pretty much exactly what I got. Which was actually a pretty big dish.

For mains I went with Chicken Kabob – chicken skewers. Served with a little salad, saffron rice and a roasted tomato – I LOVE roasted tomatoes! And saffron rice is the perfect rice to accompany meat cooked this way in spices on a skewer. My only issue was – I couldn’t get close to finishing the whole meal!

The entrée had been pretty big on its own and then the plate with the kabobs was huge! And delicious. The flavours are hard to describe – not like Indian or East Asian flavours at all. More similar to Arabic and even Georgian flavours, however still not the same.

Prices are okay. Not super cheap but you wouldn’t expect that from a restaurant. About right I guess. I think I spent around $50 including a couple of drinks (soft drinks as they don’t serve alcohol). They have a good selection for vegetarians too, and some interesting looking drinks I didn’t try such as Persian blossom using saffron, honey and sour orange blossom.

All in all I think the flavours of the food are great, and perfect if you’re not into really spicy food but like a few different flavours. The service was friendly and attentive, no issues there.

Thanks for reading – May the Journey Never End