Have you been looking for a destination which still today encompasses the charms of Medieval times? Would you like the chance to stay in real functioning taverns, see the splendour of the Seven Kingdoms, see the places where many battles have been fought? The beauty of King’s Landing, the warmth of Dorne, and the chance to experience winter sports near Winterfell and even north of the wall.

Westeros has so much to offer the visitor – for starters it’s an immensely varied country. In the south Dorne is the perfect place for catching some rays. The Iron Islands still have real rustic old-world charm, whereas the Eyrie has what is undoubtedly one of the most incredible castles ever built. Tours are now running north of the wall where you can see where the Night King began his southwards march which ultimately ended in Winterfell.

Then there is Dragonstone – the seat of the Targaryen’s. It’s an ancient seaside castle, built on rock filled with, of all things, Dragonstone! And who knows, you might even get a sighting of a dragon if you’re lucky (NB no guarantees, we don’t even know if dragons survive the end of the series)!

Casterly Rock is the seat of the Lannisters. It’s pretty grand and comfortable. The Lannisters have always been known as one of the richest families in Westeros – certainly since all the Tyrells were brutally killed.

Although they say it does smell somewhat of shit, the seat of power over the Seven Kingdoms, King’s Landing, is a must-see. Its Red Keep is famous throughout the land, and many a tournament has been held here where you can see real knights nobly fighting each other. You might even be able to catch a spot of jousting – be warned, if they are looking for volunteers, don’t put up your hand. It’s not as easy as it looks and you might just find yourself faced with the ‘Mountain’, as Gregor Clegane is often called. 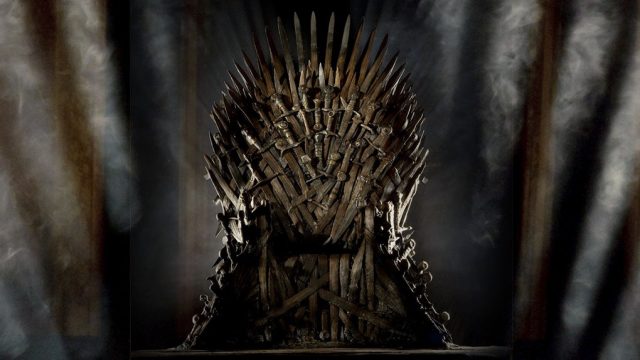 If there are tours running when you are there, you might even be able to get a glimpse of the Iron Throne. However – photos on the throne have recently be banned because of the lewd behaviour by a group of tourists last year. Very sad when a couple of idiots ruin it for everyone!

Transport across Westeros can be challenging at times. Whilst countries such as France and japan are famous for their fast trains, Westeros at the present has no trains. Or buses. Or cars. It’s horses, carriages, foot or boat. Boat is the most interesting option. It’s not great for inland towns obviously such as Winterfell, but there are good connections to the seaside towns such as King’s Landing, Dragonstone and the Iron Islands. Also up to Eastwatch on the Wall. Having said that, the seas are not always calm, if ever. You’ll need some seasickness pills if you’re affected, and of course, make sure the waters are safe because wars are not just fought on land and the Greyjoys seem to swap allegiances at the drop of a hat.

Connections are not great because of the lack of airports. You may be able to fly to Essos and then take a boat across the Narrow Sea. Depends on the time of the year.

And safety is of course always going to be an issue. Lately, there have been an awful lot of wars going on on the Westeros soil. Which is a pity. The Seven Families seems to not be able to talk out their differences. It’s always important when moving about to know whose land you’re on. Get to know your Sydells so that if you spot someone wearing one, you’ll know which family is in charge.

The food is good, hearty fare but be warned – Westeros is not really vegetarian friendly. If you’re vegan maybe stick to Dorne and try to live off a diet of fruit.

The wildlife is varied across Westeros. Obviously, dragons are one that really brings the tourist gold in, but please, no flash photography. You’ll no doubt have heard of Daenerys Targaryen ne Stormborn ne Mother of Dragons ne Khaleesi, who can stand in fire. Most others can’t and most travel insurance does not cover ‘burnt by dragon’. Dire wolfs and giants can be found north of the wall, although not so much recently. Do not play with or tease either. It seems there are no ‘White-Walkers’ to speak of at the moment. That’s probably for the best.

Finally, if you visit and have not had any issues, please don’t think the last five minutes will be okay. In Westeros, people have found that just as you think everything is going to work out okay, some great grubby man lobs your head off with a sword. You have been warned!

All in all, Westeros may be a dicey destination at times, but it is also an exciting one. And they do generally speak English, which they call the ‘mother tongue’ although there are those who you will hear speak Valeyrian from time to time.

I think for the adventurous traveller Westeros is the perfect destination. Just don’t expect the comforts of home. As long as you can live with the biggest inconvenience – that being that for love nor money can you get WIFI anywhere in the country – you’ll have a rewarding time. Thanks for reading – and May the Journey Never End!

One thought on “Why Not Consider… Westeros?”