I thought I’d do a quick review of the three hotels I stayed at whilst on the Galapagos Islands. If you’re going there independently there are plenty of accommodation options but you should be warmed that they are pretty pricey all said. There may be the possibility of dorms. I’ll review here by island in order that I stayed. 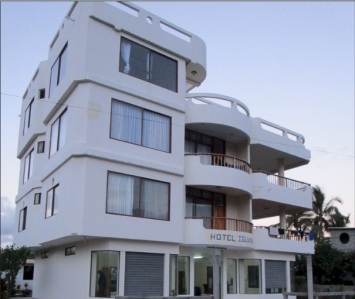 Sadly, as you will find out in this post, they aren’t very imaginative when it comes to naming hotels and hostels in the Galapagos. This seems to be the best they could come up with for the hotel we stayed at on Isla Isabella. Still, it was comfortable and just opened not long before we arrived in early October last year.

It’s in the main town on the island, Puerto Villamil. It’s a little way from the main strip of shops and from the arrival port, but everything is very walkable. There are decent restaurants five to ten minutes walks maximum and a little overpriced bakery (everything is overpriced though on Galapagos) a few doors down. Finding it on your own can be a challenge as it’s not particularly distinctive and doesn’t have a huge sign out front.

Good bathroom, airy large rooms, clean, with large windows which help provide a much needed breeze. The staff didn’t seem to speak English at all. There’s a nice open lobby area and limited information at hand about activities. The best place (probably) that we stayed on our tour. 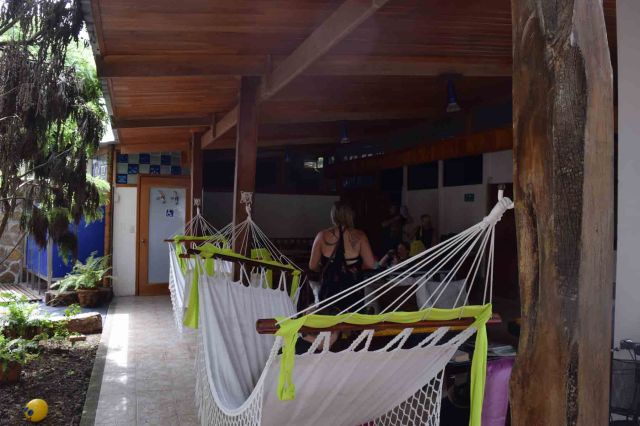 This hotel was a replacement hotel we stayed at in Puerto Ayora, and I think it was better than the one we were going to stay at (sorry, can’t remember the name). There was a great common area (outside, undercover) and a shower for those who had been swimming or snorkelling separate to the rooms.

I got laundry done here which was good too, and the people who ran it seemed to be very friendly as well. The front building had I think four rooms and the back building was a few storeys high (four or five) and we were on the floor at the top. Which was annoying to get to with bags as there were only stairs. 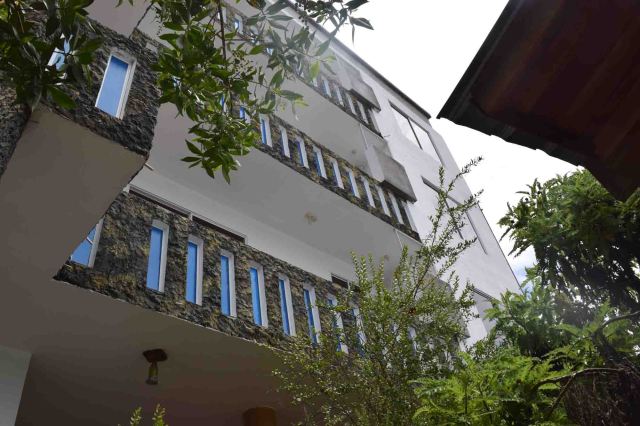 Still, the room itself was roomy with two double beds and a TV. The bathroom was behind a slide-door which frankly wasn’t in keeping with the quality of the hotel as it kept getting stuck and even falling off. The bathroom itself was small, the shower was okay, and there was filtered water in the bathroom if you felt like a drink. 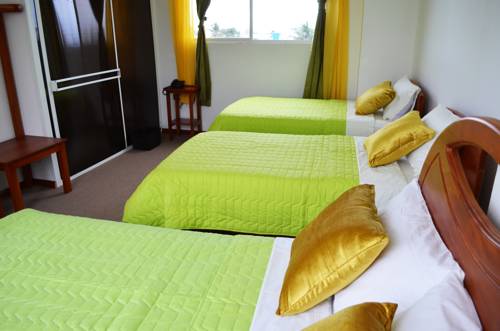 All in all I rather liked this place. In the common area were a couple of hammocks which were absolute heaven to lie in. Location wise a bit of a walk to the centre of town along a bunch of streets which all looked very ‘samey’ but as I didn’t get lost, I can’t really fault it. 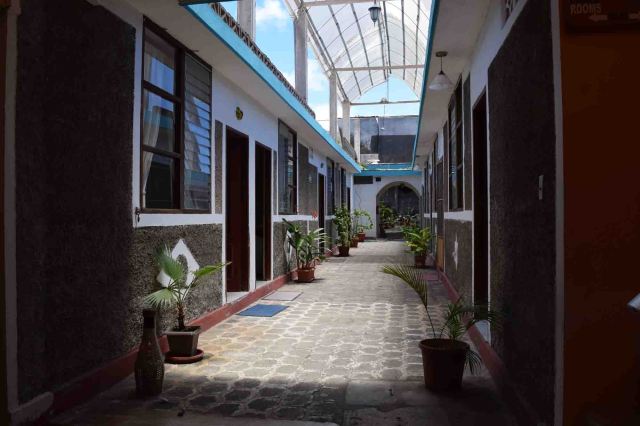 Hardly the most inspiring of names. This place was serviceable but not reminiscent of the standard of the previous two stays. However, it did clearly say ‘two nights in hostel’ to prepare you that one place wasn’t as ‘nice’ as the others.

Work was being done, there was very little evidence of staff being present much, but it was okay really. I saw the price list though at over $60US I thought the rooms were vastly over-priced. But, one has to remember – it’s Galapagos. The room was bare but had a fridge. The shower was electric and thus pretty poor. 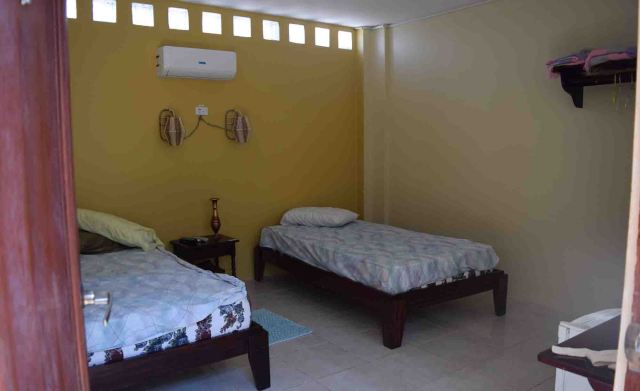 Rooms were either side of a path after entering through the reception building and had glass-slat windows that opened and closed. Some were broken, some were missing a slat and some of the rooms weren’t apparently as good as the one I was in. In fact a couple of our tour decided it wasn’t good enough and paid for a hotel room in a nice place on the ocean-front. 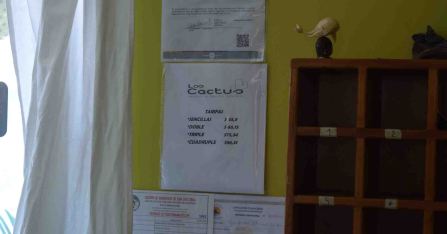 The wifi was again poor. There was a sort of ‘games room’ which we hung in for a time. It was a 10 minute walk to the main part of town. Maybe 15 minutes. Really if you went there and paid $25 for the room you’d be happy. But even by Galapagos standards this was just overpriced.

Those were the three places I stayed in Galapagos. It’s a pity there’s not a lot of value for money there, but you can be comfortable in Galapagos for a price. Thanks for reading – May the Journey Never End!

One thought on “Accommodation Review – Galapagos”