Lisbon is a pretty cool city all told, and the thing I personally liked most about it was the number of transport options, LOCAL transport options. You have the trams, the metro, buses of course, then you have these sort of ‘funiculars’ which take people up (and down) exceedingly steep hills. On top of that there is an ‘elevator’ which takes you from the lowest part of the city up to one of the big hills. Lisbon has needed to find ways and means to get about its hilly topography, and it has succeeded in doing this through some clever innovation which goes back to the 19th century. 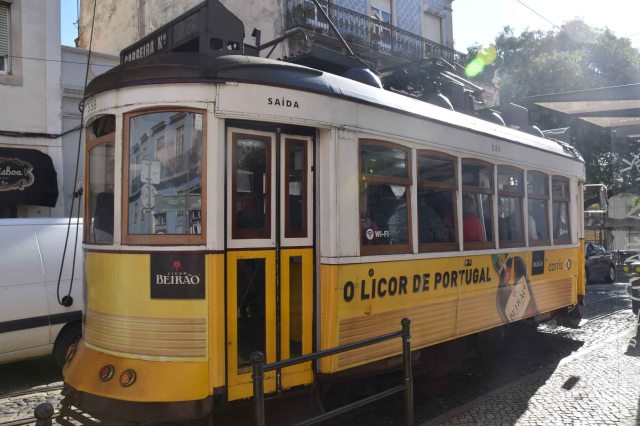 The number 28 tram in Lisbon is the most well known route, and began operation in 1914. For my wife and I, staying in Alfama, which is on a hill that leads to Lisbon’s castle, it was the best way to get up and down the hill. Well, we could walk down in 15 minutes with ease, but walking up was another kettle of fish!

The full route actually takes through the centre of town, down and back up to the Chiado area and further out into suburbs I knew little about. Some of the hills it climbs are at ridiculous angles, I personally found it hard to believe that metal wheels on metal tracks would work the way they do, but they do! Some of the Lisbon hills are incredibly steep, I really expected we might end up rolling backwards. But it’s obviously been worked out to a fine ‘t’. For Tram! 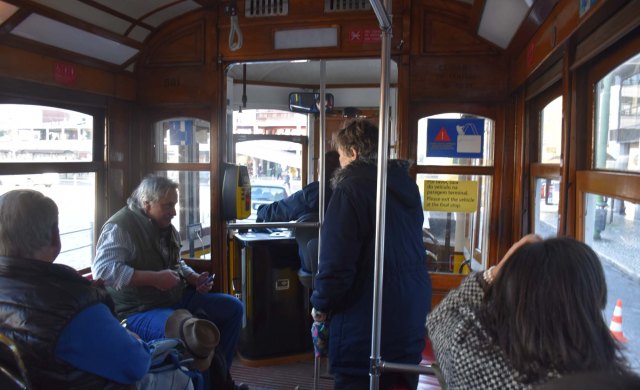 So here’s the thing though. It’s a bit notorious these days for pick pockets. And the reason that is is because it’s become the ‘tourist tram’. Everyone who visits wants to ride the thing, I was not the only one with my action camera filming the journey. The tourists have made it a target and I saw it in action in front of me. Well, not all of it. A wallet on the ground, a Scotsman looking at two local men who apologised and then jumped off the tram with a fierce gaze, and an explanation of how they had tried to double team him. 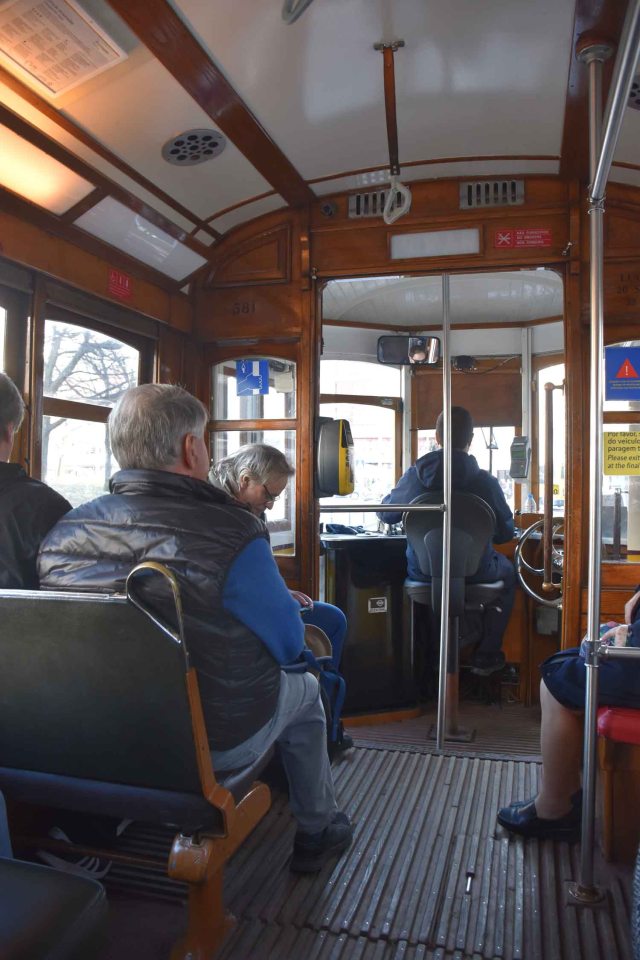 Tourists though love the tram, and getting a seat is somewhat of a challenge. People line up at the square ‘Martim Moniz’ to take the tram, as it’s the end or start of the line. Many let others get in once the seats are all gone and wait for the next one. Right there is a bus that plies the same route with the same number on the front. If you’re not taking the tram for its novelty/tourist purposes, well then the bus is a better, easier (and slightly cheaper) option. You have to feel for the locals because a service that should be making their lives easier has instead become a tourist attraction which you often can’t even get on.

The trams are pretty frequent, and run a couple of different routes, not everyone goes through Chiado for example, and some go around the back of the hill. Personally I took a number of different trams and to me there wasn’t anything special in comparison that the number 28 had. Except reputation.

If in Lisbon, I do recommend taking the trams and funiculars and the elevador, but I don’t see the number 28 as THE tram you have to try. If you take the long route, it will certainly show you a fair bit of the city, but so will other routes too. It’s always running the older trams, so there is certainly some historical significance to the experience.

But if you are really keen on trams, you can’t go past the Carris Museum, a museum devoted to the trams of Lisbon. Try and get on the 28 tram early in the morning if you can, that’s probably the time of day there is more space on it. Be careful of pick pockets.

There’s no doubt that some sort of legend has been developed over the years about the number 28 tram. It’s a very common Lisbon image appearing on the internet and postcards, and if staying in the Alfama area, it is useful. Thanks for reading today – May the Journey Never End!

One thought on “Lisbon’s Number 28 Tram”