Ok. Well, my all too brief visit to the Belorussian capital is in fact all but over. Another early morning tomorrow – not as early as my last two departures I should say – looms as I try to pack and get this post out. And so what are my impressions of the city known as Minsk? Well, all in all I like it. And perhaps it’s my favourite city thus far of the trip.

On the downside, the weather has been bitingly cold – especially today. When the maximum is going to be minus three but the windchill supposedly makes it ‘feel like’ minus ten, well, you don’t necessarily jump out of bed to get outside. Winter is coming, as someone once said. And it’s time to rug up, five layers today plus a new beanie I bought yesterday which I don’t think I could have survived Minsk without.

The roads are wide, the parks are huge and there is also plenty of space for pedestrians. The city holds onto a bit of its Soviet past – I’ve seen the Hammer and Sickle here and there, and even the flag of the Soviet Union flying atop the Museum of the Great Patriotic War (WWII). It’s a pretty decent museum too with a hell of a collection of guns, tanks and more from the war. Belarus was occupied from 1941-1944, but there was a big underground resistance movement here involving hundreds of thousands. 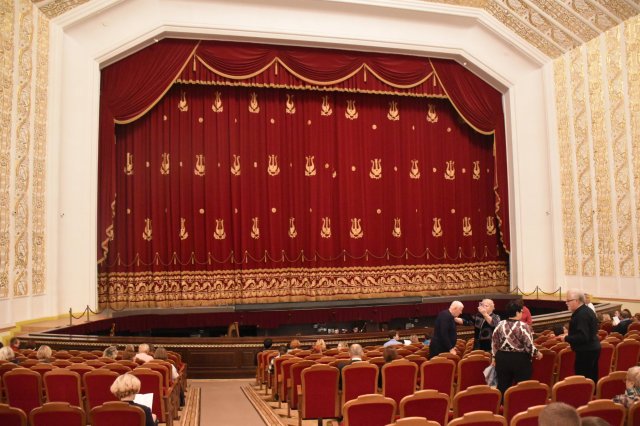 Last night, I went to the Opera. I saw Tchaikovsky’s ‘Iolanta’, which I don’t think I’d heard of before yesterday. It’s a short opera where nobody dies and very little complication infiltrates the story. So it’s pretty rare. I saw it at the Bolshoi Opera and Ballet Theatre here, grey and Soviet on the outside, great theatre on the inside. Packed house, good music, some great voices.

Today I headed to the National Library, a strange building constructed in 2006. It has a rooftop observatory with great views of Minsk, and whilst yesterday was cloudy and warmer, today at least had some blue sky. 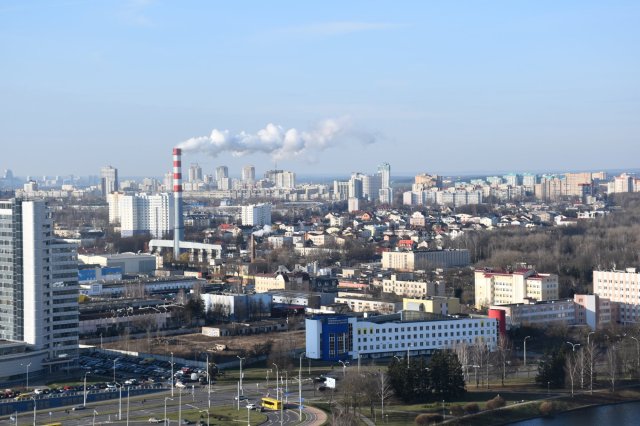 The Metro is pretty good too, but I’ve been walking a bit. You certainly walk faster when it’s below zero! I walked down the main street in Minsk, and I saw Belarus-Mini – a small museum where important buildings and places across the land of Belarus have been made in miniature models. I had a tour guide and so I learnt a bit bout a country I have to be honest – I knew precious little about before landing. So it was worthwhile. 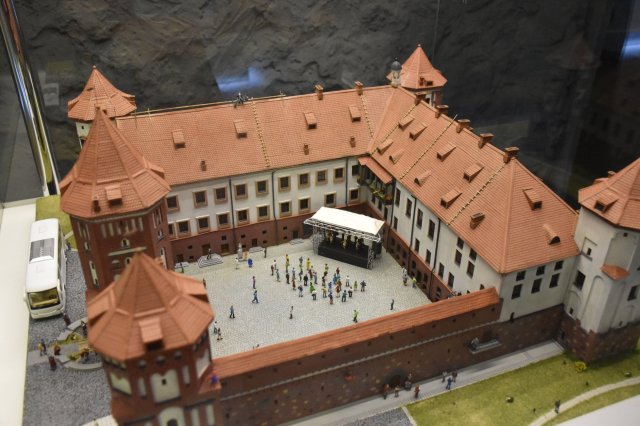 I stopped in on the Church of the Holy Spirit, the Post Office and finally the Catholic Church to Simon and Helena. The mad who had the church built had both his children – Simon and Helena – die young and so he dedicated this red brick church to them. 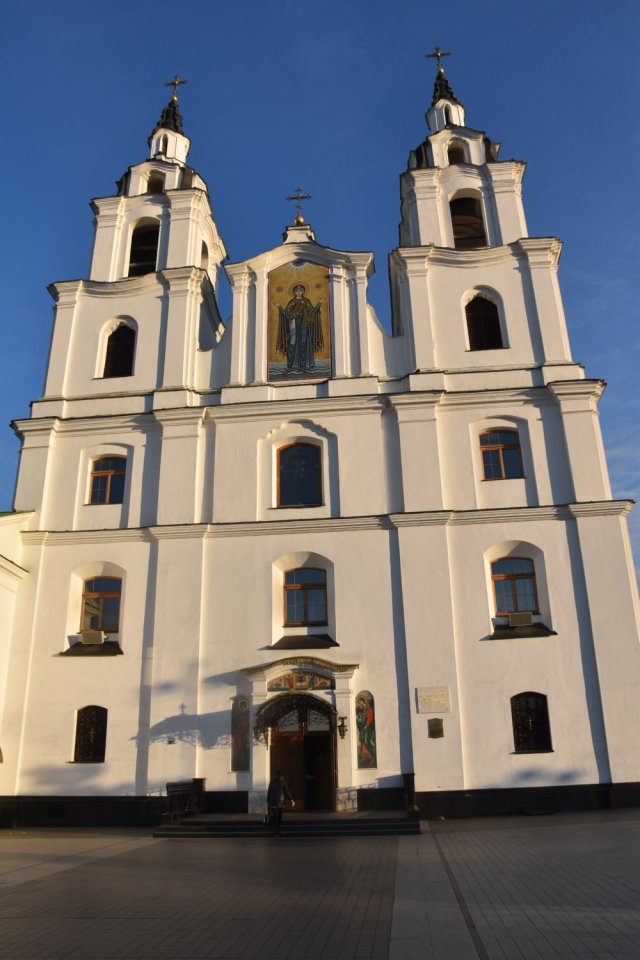 Well, it’s been bracing, and very interesting and I have really enjoyed my two days here. Tomorrow it’s Spain and Barcelona, but for now I certainly hope to get to Belarus again. Summer, or at least September when it’s warmer, and discover more about this country. Thanks for joining me again, and May the Journey Never End!

One thought on “There’s More to Minsk!”