Howdy all. I thought with today’s post I would get all sentimental-like and reminisce about my first time as a backpacker in Europe, as part of my first time around the world back in 1999. Yep – LAST CENTURY! I’m old.

So anyways, on this occasion I concentrated on Western Europe. For the sake of keeping it all together, and so that it doesn’t get too big on me, I’m just going to write about the route I took via Eurail. I travelled through Asia, then to Denmark and Russia, down to Egypt, and then flew to Munich which would be my ‘base’. I did a loop around Western Europe with an extra stop in Prague, before returning to Munich and then flying to the UK, so it is this loop I’m going to detail today.

I think for a first-time experience in Europe, in the time of around a month, this would be quite a good itinerary. It was somewhat planned, and somewhat improvised on the road. Prague and the Czch Republic were not covered by my Eurail pass which was the basic five country pass [from memory that’s Germany, France, Italy, Switzerland and Spain] plus what was called ‘Benelux’, a term given for three countries as a group – ‘Belgium, the Netherlands and Luxembourg’. I wouldn’t go to Spain or Luxembourg, but I did enter all the other countries covered by my pass. It proved, from memory, to be very cost-effective.

My first journey was from Munich to Zurich in Switzerland. I’d stayed with family for a short while, until it was time to push on and start the Eurail adventure! Zurich is a lovely little city on Switzerland, often mistaken as the capital (which is, in fact, Bern) but my memories aren’t strong of Zurich other than eating at a nice pub, the lake and it raining the whole time I was there (2 or 3 nights). It had a nice railway station and I went to a museum or two and a gallery or two. Probably a place that needs revisiting.

From there it was a night train all the way to Rome. The trains had these seats that pushed forward and linked with the seats opposite in compartments of six seats. If they weren’t too full you join them up and sleep across this way. Not very comfortable or roomy but better than nothing if you didn’t want to pay the supplement for a proper sleeper.

I remember pulling into Rome in the morning, it was suddenly very warm and very sunny. It’s a pretty impressive city, and was a complete change of climate. A lot of walking to a very sanitary hostel (HI), I remember everything being very white and the toilets had no seats. Right near a tennis stadium and the Italian Open was on whilst I was there and I got to see the final. Line at the Vatican Museum was the longest I’d ever been part of (to that time) and well, the Spanish Steps, the Colosseum, all magical!

From there it was a last minute-ish decision to head to Bordeaux. Just outside Bordeaux we have family friends and I stayed at theirs’ for a week. It was a long overnight train journey and then I think a change at Nice to get to Bordeaux. I was sick then, apparently I had whooping cough! And passed it on to couple of others. However the doctor I was taken too diagnosed it as bad hayfeever! I had been coughing for a week leading up and continued coughing for the next few weeks. 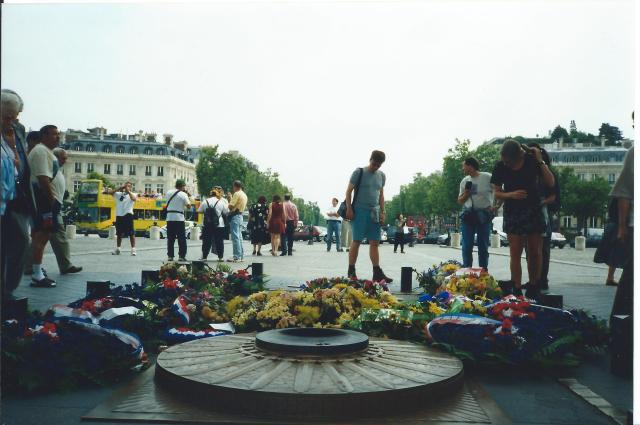 I moved on to Paris in a VERY last minute call. At the station I decided to head to Paris, the original idea was Barcelona. I don’t know why I changed my mind at the last minute – but it was great to have that freedom. I knew how many days I had on my Eurail, and that apart from what I had planned, I had an extra trip up my sleeve. It was going to be to Barcelona but I decided I’d save it up for later in my loop.

Paris was cool. Beset by strikes, I missed out on the Louvre and on my last day had to walk like 4 – 5km with bags to get to the station. But hey, Eiffel Tower, eating cheese and wine at the hostel, Notre Dame… actually that about is all I recall from Paris in 1999. 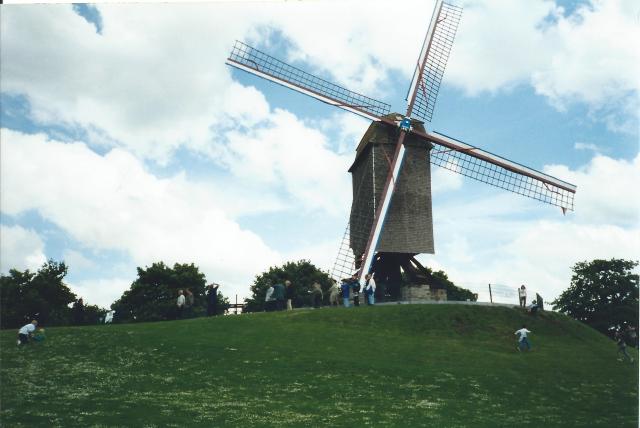 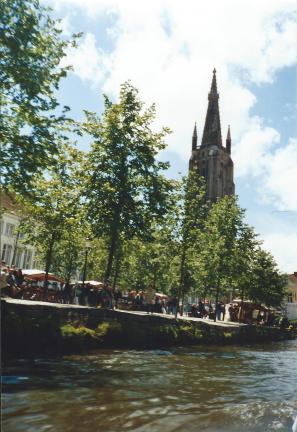 Then to the lovely Brugges. Met some great people there, one of which suggested Prague was not to be missed – this is where my extra day’s travel would be used. Took a canal tour, drank some weird and wonderful flavours of beer. 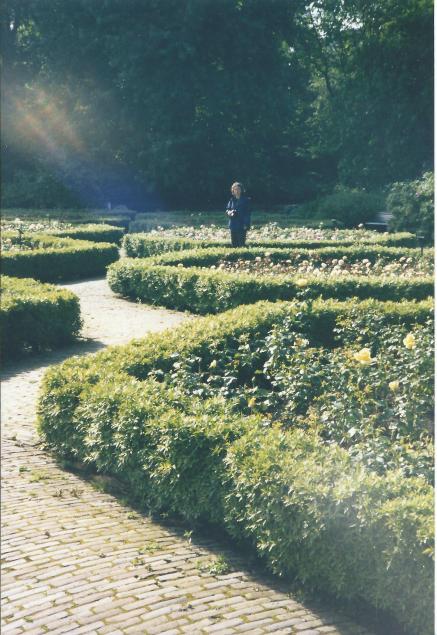 Then to Amsterdam. Wasn’t my favourite city. Saw the Rembrandt Museum, Anne Frank’s House. Did the typical Amsterdam backpacker thing, walked through the Red Light District and went to a café to try the local produce. The train to Prague I paid a little bit more for a sleeper (to Dresden) and from Dresden to Prague. It wasn’t much more from memory.

Prague was my final stop before returning to Munich. Lovely place, did a day trip to Kalory Vary. In 1999 not as many tourists as in 2004. Which is nothing I’m guessing compared to today. A bit of partying at an awesome retro nightclub. Saw the churches and the Astronomical clock. Still not sure what the fuss about that one!

And then back to Munich to finish off my pass, which was on it’s final day I think. 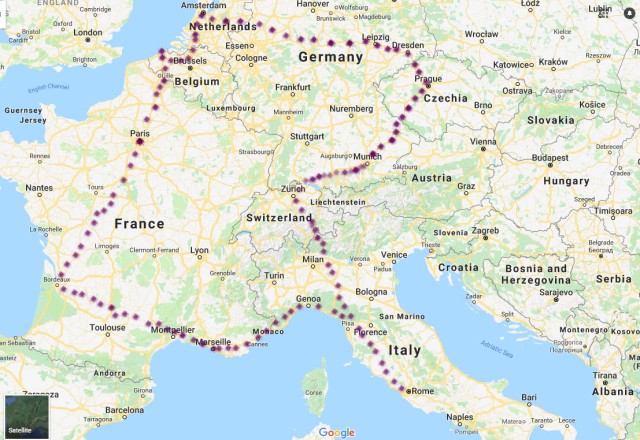 That’s eight legs. I can’t honestly recall if it was 7 days in 30 for my pass and I paid for shortest leg or if it was 10 days in 30. I think it might have been the latter. Or ten days in 60 and I also used it for local trips around Munich.

Anyways, it was an amazing adventure! It’s hard to beat the Eurail experience, and I think it’s a great loop for anyone unsure of where to go. You might remove Bordeaux and put in Barcelona to keep get in another country!

How would you spend a month in (mostly) Western Europe? Please comment! And May the Journey Never End!