Hello from China everyone! I left Melbourne on Sunday night at got in yesterday (Monday) to Beijing with a few hours stop in Hong Kong. Beijing impressions – the only time I’ve been here was 1986 and I was 11, so it’s all new to me. It’s big – everything is quite monolithic. The streets are wide, the apartment buildings huge, and it’s also surprisingly green.

I wanted to tour the Forbidden City yesterday but didn’t quite make it in time, and so I took a tour today which combined that with the Great Wall, as these were the two things I was keen to see.

We entered via Tianamen, and passed through the Gate of Heavenly Peace where Mao’s portrait watches over all. We walked several kilometres on stone today. I have sore feet! 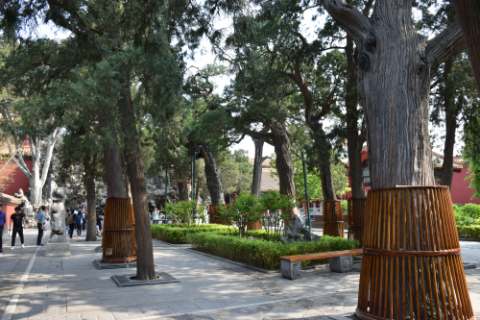 The Forbidden Palace was amazing, although the guide took us through way too fast, in just over and hour and I am sure we missed things. The pavillions are magnificent, and there’s a beautiful garden near the exit.

Whooshed off to a Jade factory – called ‘China Stone Place’. It’s basically a shopping stop to make up for the tour being a bit cheaper, then to lunch and the great wall. 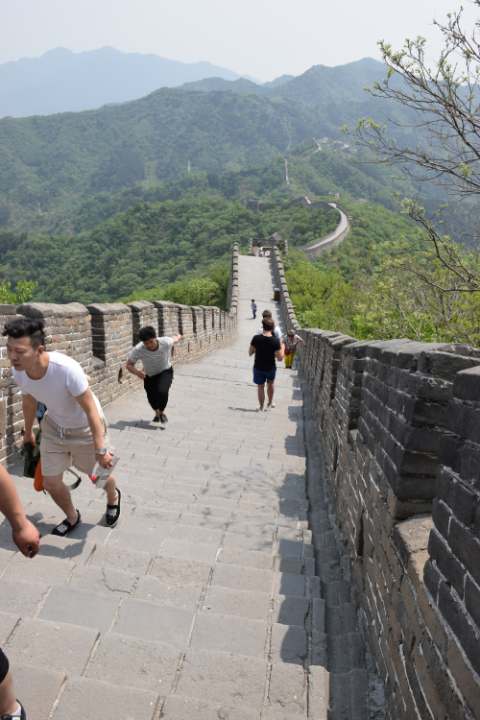 Up by cable car we were told, and fair enough it would have been a steep climb of around an hour at a guess. The wall is amazing, even if it’s clearly beenb restored. There weren’t nearly as many people as I was expecting and I was happy to be able to get some good photos. The day was pretty clear all told, although I really felt the sun beating down. Luckily, no apparenty sun burn this time.

And that was my day. I’ve found a small place opposite the hotel which does great food, so that’s been good too. Tomorrow though, the real adventure begins as I take the train to Mongolia! Thanks for reading — and May the Journey Never End!

3 thoughts on “Bringing it to Beijing”