I’m continuing for a few more weeks my regular Saturday spot – ‘The Japanese Survival Guide’, and today I wanted to look a bit at the Japanese language, for a couple of reasons. Firstly, if you are headed to Japan it will help to know a couple of useful phrases, but also, to someone who’s never been to Japan or doesn’t know much about Japan, the language can be a bit of a confusing enigma. 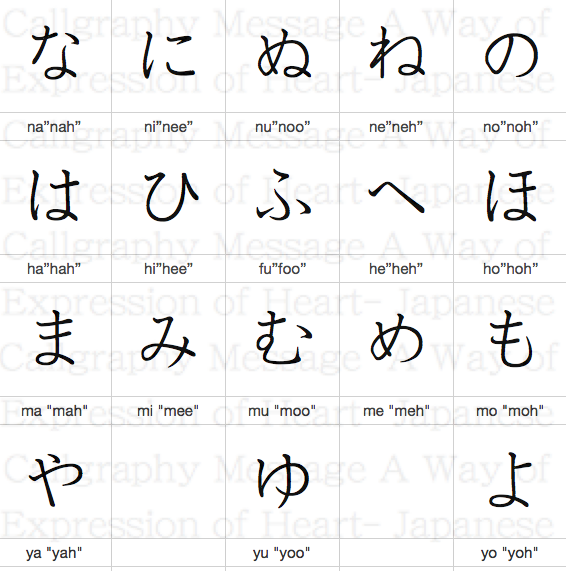 Why is that? Well, because firstly they don’t use the roman alphabet. Well, they kinda do, and it’s called Romanji, but it doesn’t always work the way English does, although principally the sounds do come from English. Secondly, primarily they use characters rather than an alphabet, not just that but they use three different sets of characters, which they often mix and match when writing – Hiragana, Katakana and Kanji. Thirdly, the grammar can be quite different – and this is a big point working in reverse, i.e. ‘why do so many Japanese students struggle learning English?’ and Fourthly, there are some phrases that exist in Japanese that can’t be translated exactly, although the gist can usually be determined.

So. Pronunciation. The Japanese language – oh before I go any further, I must tell you that I am in NO WAY an expert in Japanese. I am as far from that as Earth is from Pluto. I know a few phrases, I cannot even hold a conversation much to my shame. Ok. Japanese sounds are based on the five main vowel sounds we know in English. Ah – ee – oo – eh – o (as in bottle). The first five sounds that Japanese uses are these sounds. Then there are more sounds with addition of consonants. ka – ki – ku (koo) – ke – ko for example. You create these by adding k, n, m, b, g, d, t, r, y, h and s. There is also wa.

‘hu’ is often pronounced ‘fu’. Why, I’m not exactly sure but you’ve never heard of Mount Huji, have you? There is one singular consonant sound on its own – that is ‘n’. There is no ‘si’, it is ‘shi’, which sometimes loses its ‘i’, such as ‘de mashta’ being the pronunciation of ‘mashi ta’. ‘ti’ becomes ‘chi’. This doesn’t cover everything, but is a basic beginner’s guide, giving you an idea of the sounds that exist, and don’t exist.

‘L’ is a contentious one, and westerners find that Japanese people can’t say it, and they end up saying ‘R’. So ‘la’ becomes ‘ra’. However, I am told that the ‘r’ sound is not an exact match for an English ‘r’, rather it is a sound somewhere between the ‘r’ and ‘l’ sounds. That’s why it is so difficult for the student to speak the ‘l’ sound, but in fact listening can be even harder. As with many people learning English as a second language, ‘th’ can really be difficult. It doesn’t exist in Japanese, just like it doesn’t in many Eastern Europe languages for example.

Hiragana is the basic set of characters – one for each sound, and the first set of characters that the students learn. かきくけこ- that would be ka ki ku ke ko. And so on. Pretty much all Japanese words as far as I know can be simplified to these characters. But the language isn’t done yet!

アイウエオ – that’s ah ee oo eh o in katakana. What is Katakana? Well, it is said that it’s a set of characters used to spell foreign words that are used commonly (or not) in Japan. It’s used for foreigner’s names. Andrew written in Katakana – アンドリュー. However, with no simple ‘d’ sound, they have to replace it with ‘do’. Ah-n-do-ryu– . The last dash there in my Katakana name extends the sound. Now, my issue with Katakana is that it replaces, rather than adding to, Hiragana. All the sounds are the same for the characters, and I really wonder ‘what is the point?’, it seems just to make clear what is foreign and what is Japanese. 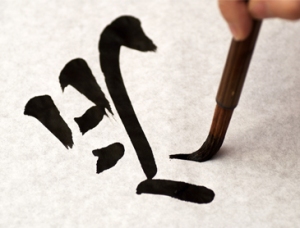 Then we have Kanji. Kanji are Chinese characters, which are supposedly a visual representation of the words they stand for. They are another level up, there are thousands of them. Sometimes two or three make a word, sometimes one fully represents a word, there are no phonetics to be gained by looking at Kanji. At my school, I was told that many students were still learning Kanji, and I think even many adults from time to time encounter Kanji they don’t understand. Sometimes the Kanji character really needs to be seen in context simply because it can have multiple meanings and therefore represent different words. Japanese names are by and large represented as Kanji, but in the roll books at school they have the Hiragana next to them because it’s possible the Kanji may be interpreted incorrectly.

When teaching, be aware that grammar at times is completely different. Constructing a sentence in Japanese can be back to front to English. Questions are especially hard, and many words that we use, and tenses that perhaps you never really thought about in English, simply do not exist in Japanese. Articles for instance – ‘a’, ‘the’, ‘an’, are compulsory in English most of the time, they do not exist in Japanese (or some other languages too). Questions that seem simple to us, can be tricky for Japanese students. You might find this sort of question issue – ‘What do you like sports?’ – I did many times. Word order is difficult, and thusly difficult in reverse. Teaching English has really made me aware of parts of our language I took for granted or never really thought about suddenly look a lot more difficult than they used to.

English doesn’t just have one tense. Or past, present and future tense. We have stuff like this –

I have done all my homework.

I will be washing my hair on Thursday.

The essay was finished before all the time had expired.

Continuous, past perfect, past continuous, present perfect, the list goes on. Teaching the tenses as a repetitive exercise is easy. But how do you make students understand when you use them when there’s no ‘ing’ words in Japanese? In perfect tense, ‘have’, how do you explain it? Because before you learn that, you learn ‘have’ as in ‘to own’ (or roughly speaking). It is really a challenge. And you can’t afford to get frustrated because you can’t expect perfection from students learning a language which in many ways is alien in construct to what  they know.

So that, dear readers, is the challenge facing the English teacher in Japan. As for a few useful phrases, beyond hello (Konnichiwa) and thankyou (arigato go zaimas).

well – there are three levels of being sorry (well kinda four, but three’s enough today)

3) moshi waki go sai masen (Basically, what I did was very bad and there’s no exuse)

The GOOD thing about Japanese as a student of the language is there are really no tricky sounds for the native English speaker to get their tongue around, and the sounds stay the same, unlike in English words where vowels are changing left right and centre depending on the letters around them.

‘yo ro shi ku on a gai shi mas’. Say this when you’re about to work with someone, or you’ve had a work related discussion, all the teachers say this at the end of the morning  teachers’ meeting. I’ve heard it roughly translated as ‘Let’s work well together’, however I don’t believe there’s an exact translation.

‘Wa tashi wa’ – I am. As in ‘Watashiwa Andrew des’. ‘des’ (desu) is commonly put at the end of many sentences (usually present tense).

‘san’ is something you use as a sign of respect when talking to or about other people, not so necessary with friends, important for elders and so forth. i.e. Mr Sato becomes ‘Sato-san’. You do NOT use it to refer to yourself. If the person is a teacher, then it’s best to substitute ‘sensei’ – Japanese for teacher. In this case, Mr Sato becomes ‘Sato-sensei’.

And there my friends, I will end the lesson! Wowsers. So much and I thought it would be a short post. Tomorrow’s Sunday Spotlight will take us to the Caucasus to a country I spent 3 months teaching English in in 2011. So please do check back for that one, no doubt there will be a lot more pics than today’s post! May the journey never end!