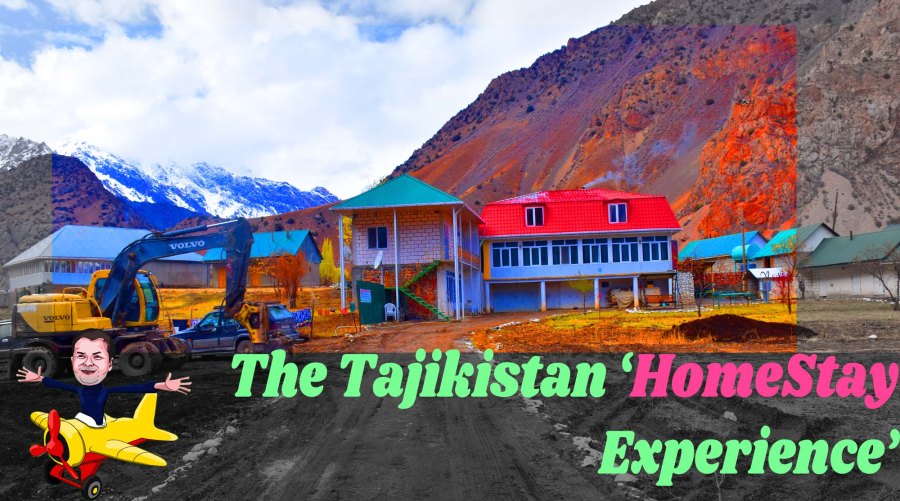 Folks howdy to ye all, and no I don’t really know what I’m saying here today! But today, today in lieu of a review (that rhymes by the way if you didn’t pick that up), I want to talk about a certain ‘style’ of accommodation which is still pretty common, and that’s the ol’ ‘homestay’. Homestay style accommodation I feel is not as common as it used to be.

In 2004 I got off a bus at Mostar, Bosnia-Herzegovina, where I was approached by an older lady who was looking for people to offer a room for a night or three staying her house. These sort of experiences are great and maybe I’m wrong and it still happens a lot but personally I’ve become more used to hotels over the last ten or so years and I have missed this kind of thing.

Of course, Air BnB are a way to connect with locals by staying in a spare room someone might have. I have to say again I feel a huge shift in the focus of Air BnB lately, that it’s mostly apartment and private rentals, but I had some great experiences staying with hosts back in 2017 in Ecuador and Argentina.

Still, in Tajikistan there are opportunities for you to stay with local families. And that’s what I’m talking about today in this post. I had three separate experiences in Tajikistan where I stayed in a ‘homestay’. Two were in the mountains, Sary Tag and near Lake Four of the ‘Seven Lakes’, and the third was a night Panjakant, so apart from the final night, they were out of towns and it’s more likely to have such experiences if you do that.

ZTDA – the Zarafshan Tourism Development Association was one I used to organise a tour in Panjakant and the Seven Lakes area, and I was to have homestays both nights of that tour. I ended up in different locations, although originally the plan was to stay two nights in the mountains. My guide, who was great by the way, suggested that as I wanted to get away early on the final morning that we stay in Panjakant, at his place on the final night. I’m not sure if this was okay but I went with it because it would have meant leaving really early from the mountains.

All three were different experiences. ZTDA can look after you in terms of homestays around the country, so if you are heading to Tajikistan and want to try a homestay, then contact them and they should be able to sort you out with something. They gave me a recommendation for Sary Tag, the small village a few kilometres from Lake Issuk-Kul, but in the end I didn’t use it.

Headed to Lake Issuk-Kul I was a little unprepared in as much as I didn’t have accommodation booked. I knew the cabins by the lake were already closed for the year as winter was coming, and the advice I’d received in Dushanbe was that the hotel might be closed too (it wasn’t). But it seemed sure that if I turned up I would be able to find a homestay.

As it turned out, at the turn off for Issuk-Kul on the main highway I was transferred to a different vehicle from my share taxi and one man on board had a homestay, and that’s who I ended up staying with. The guy’s name is Mahmood and so usually if you were to ask for ‘Mahmood’s Homestay’ you would be brought to his place.

I was travelling solo but there were a nice couple – French & Russian couple, as well as their guide, staying there too and the house was quite large. I had my own room, and there were modifications to the house as well for guests, so they must have made enough from guests to be able to afford the bathroom which included a western toilet, not so modern in rural Tajikistan. It was a small village and for some reason the lighting was minimal. They didn’t seem to get a full 220 volts or whatever the Tajik standard was because the lights were dim and the heater only provided minimal heat – and then over night the electricity appeared to be off as I had to use my torch to go to the toilet.

It was a nice house and I was very comfortable, there wasn’t a lot of interaction with our hosts though we were left to chat between ourselves. The food included some mutton in a stew which was really tasty, and the host was friendly, but did leave us to our own devices which I guess is normal. At the end of the day they’ve been convinced to put up a room in their house or two for visitors for a few bucks.

In the mountains of the Seven Lakes, I stayed in a different sort of setting. My guide and I stayed in a homestay in the town called Nofin, by the lake of the same name. There was the main house where the owner lived and the guide stayed, and I had my own little hut a little down the hill. It was kept warm by a fire, so I had to make sure it was stoked before going to bed but then I didn’t want it too hot either. The temperature was well below zero at night, and didn’t reach zero in the day – luckily the skies stayed blissfully clear. There were two single beds, a western toilet which you had to flush with a bucket (works fine not a criticism) and there was a small bathroom as well. It was cold outside the bedroom, but otherwise it was comfy enough and I could charge phone/laptop too. I ate at the main house with my guide, again not a lot of interaction with the owner. It was a pretty cool place actually, very ramshackle and old, but I like that. Not everything has to be slick and polished!

Finally I stayed in Panjakant with my guide and his family. I had a room for myself and I had a bed – a mattress – on the floor. Nothing special but all that was needed and a heater to sort of keep me warm during the night. We ate in a different room, and the toilet was in a hut outside where the laundry also was, and this was just the hole in the ground with one light for your night-time ablutions. So not amazing but all I needed and fine for a night or two. I got to spend time talking with my guide/host and generally I think each of the nights was around $10-15USD max and that included dinner and breakfast.

So really. It’s a great way to meet locals and see what life is like in Tajikistan for the locals, and I recommend it as a way to get to know the place better. Comfort factor – well there’s no properly regulated temperature, the lighting is poor and a hole in the ground in a shed may not be everyone’s idea of comfort, but what you miss in comfort you make up for in other ways, and it’s certainly more interesting!

Well, thanks for popping by today. Have you had a ‘homestay experience’, and if so how was it? Would you do it again? Please comment below, and of course… May the Journey Never End!