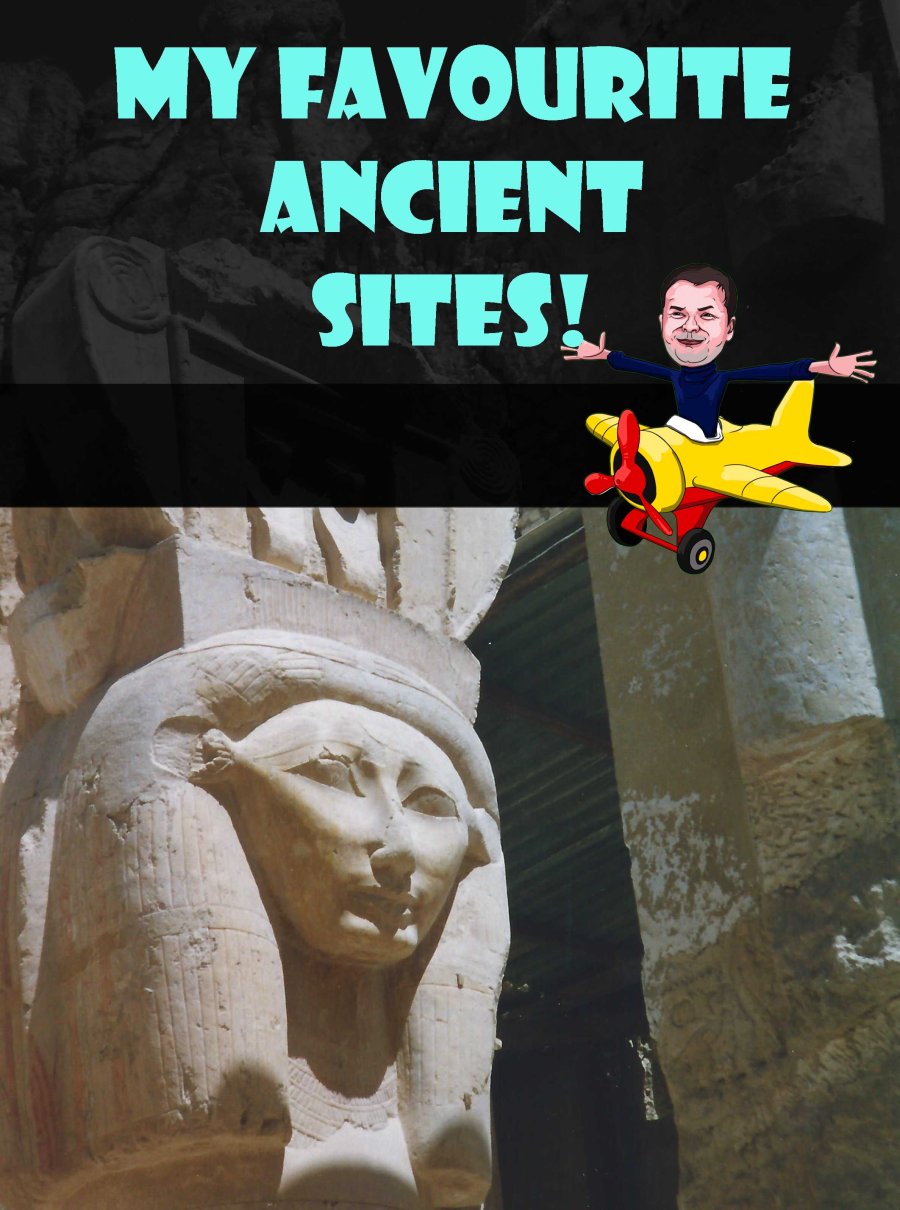 Howdy all, I thought I’d mix it up and do something a little different today. I’ve still a couple of posts about my favourite cities to share with you, but for now I thought I would do something different and look at some ancient sites around the world. There are some incredible ancient places I’ve been to, and plenty more that I am yet to visit (and I’m going to have a brief look into some of these today). Humans have been building amazing citadels and monuments for a thousand times longer than I have been around, and so here are some of my favourites which any traveller with a little eye to history shouldn’t miss out on! 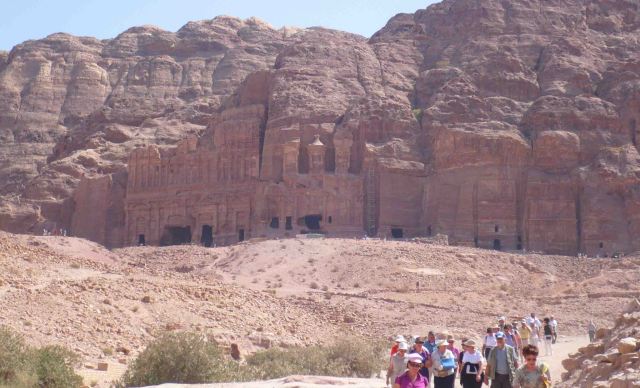 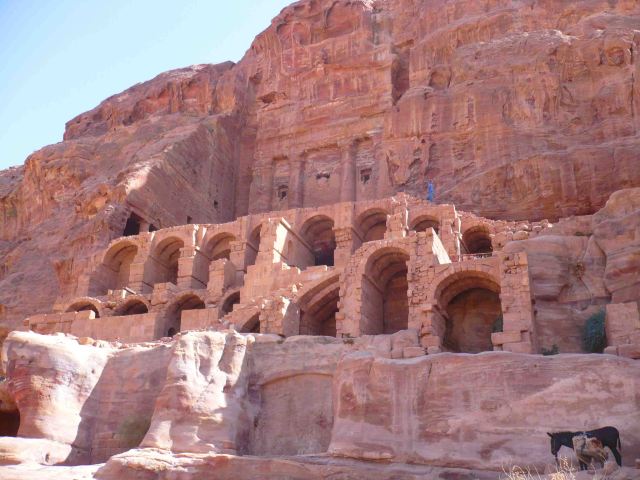 Jordan’s Petra is truly a mind blowing place, with buildings and tombs and temples built into cliff faces along a valley. The most recognisable building of all is the Treasury. As a visitor you walk the path that takes you through the rocks until you open out on the Treasury through the cracks in the rocks. My only criticism is that this is the most impressive site of all Petra. It’s magnificent, don’t get me wrong but I couldn’t help but feel you’d be better off starting from the other end and building up to this monument.

This Treasury, built into the rock, is dated at around the first century AD and the buildings back as far as the second century BCE, however inhabitants are believed to have populated Petra as far back as 7000 BCE. The valley opens out as you walk through it and finding shade can only be done in the buildings. I got really sunburnt on my day at Petra and felt quite ill the following day. But exploring the large area, climbing up atop the rocks and mountains and looking down on this historic place is hard to beat.

Egypt is not lacking in history, is it? The Pyramids are the obvious go to here, but I’m heading down to Luxor instead. The Pyramids are mighty impressive, don’t get me wrong, but I didn’t really take the opportunity to explore them as I would have liked. One day I hope to get back there and really get to appreciate the largest pyramid in the world.

But Luxor holds so much, the Valleys of the Kings and Queens just out of town were mind blowing, and I got the chance to go inside a tomb or two. We’re talking as far back as the 16th century BCE now, which is a freaking long time ago. The Pyramids though, for reference, date back around another 1000 years. So as far as being REALLY old, Egypt is hard to beat.

Then there’s the Colossus of Megmon, two giant statues in the middle of nowhere, and the temple actually in Luxor, Karnak Temple which is a stunning place too and you could explore for hours. Construction is dated back to around 2000 BCE and continues on for nearly 2000 years. For me this was the highlight of Egypt, however given more time at the Pyramids, which had basically closed when I got there – I was able to walk around for 30 minutes and take some photos – I am sure I would include the pyramids.

Probably the least known of the sites on this list, Lalibela in Ethiopia is no less impressive. A series of rock-hewn churches dating to around the 12th century CE is probably Ethiopia’s number one tourist attraction. Lalibela the town is stretched over a mountain and is best reached by plane. It’s such a different spot because the throngs haven’t discovered it yet and there aren’t glitzy hotels, the tourist scene is much more basic, which has a definite charm all to its own.

Some churches were made by chipping away into rocks, well they all were, but most impressively some of the churches, in particular the iconic St George’s Church, were created by chipping straight down. With 12th Century technology, this took many many years. Today you can visit the churches, go inside, take photos, but be aware, the temples are still functioning, Priests, for a donation, as happy to pose for photos and will put on sun glasses because living inside rock affects your eyes and how they deal with sunlight. Some churches are connected via underground passageways, which is really cool. A guide is needed, maybe compulsory. You’ll get so much more out of the place if you have one.

And from the Middle East, to Africa, to South America we head to Peru and the amazing Machu Picchu, for hundreds of years lost to the world. Today there is a thriving tourist industry (past few months excepted) and the town of Aguas Calientes is the place to stay, with buses taking visitors up to the ruins and back again. 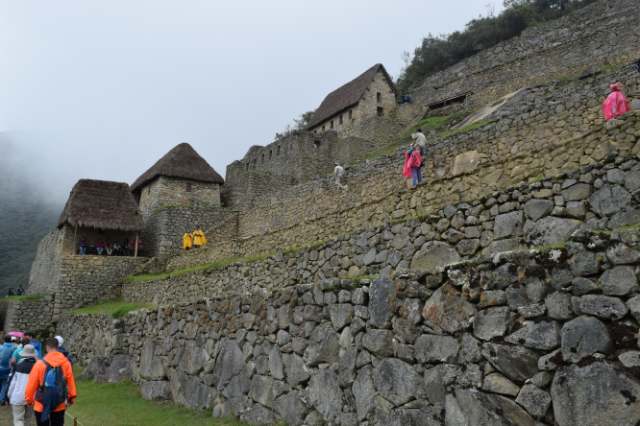 Of course, there is the other way to get there – the Inca trail. When you do arrive, if you’re unlucky as I was it might be covered in clouds. The clouds do move though, which allows you better photos from time to time, and even with clouds its quite the magical city. The only issue really for me were the crowds, it was the most packed of all the places on this list that I’ve visited, and that’s with a limited number of people allowed in every day. I should also note here that tickets are booked in advance (online) for Machu Picchu to avoid disappointment. I think OI booked around 2-3 months beforehand but it could have actually been longer.

I think that Angkor – not just the temple but the ancient city – is all it’s made up to be and more. I went at the very end of 2000 – the weather was certainly stifling but you couldn’t deny where you were – temples over a large area of jungle to explore. Bas reliefs, faces that have endured centuries, trees that have grown through some of the temples, remnants of a civilisation that we can only imagine. 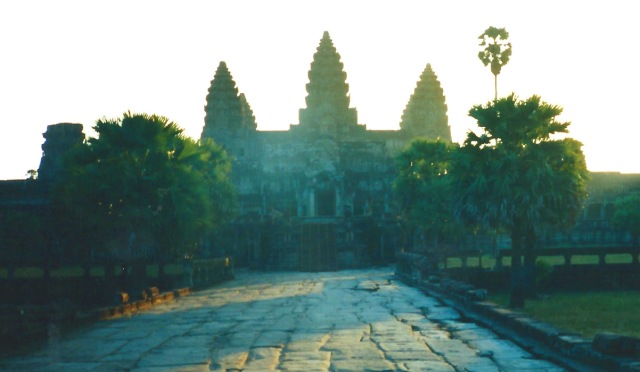 The city of Angkor was big in the 9th to 15th century. Due to natural disasters and war, the civilisation abandoned the Hindu city in the first half of the fifteenth century. It’s on such a wide scale today that I think this is one case where you really get the sense that this was a city once. There’s something beautifully romantic about this place, and I hope to get back here at some point to capture it again.

And Yet to See…

Mexico is home to a number of massive pyramids, ancient cities and more. Chichen Itza in Yucatan and Teotihuacan near Mexico City appear to be the most popular and ones I am very keen to visit, products of the Mayan and Aztec Empires. Hopefully I get there someday! 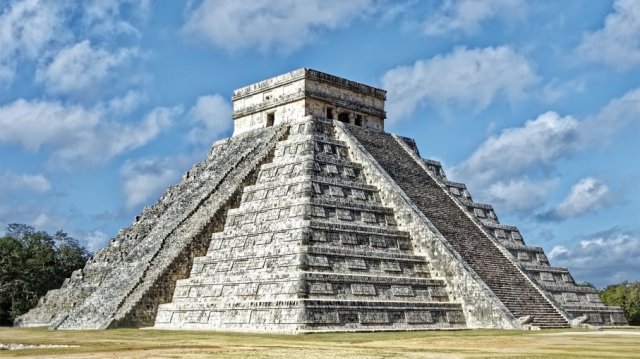 Thanks for reading – how did I go? What would you include? Please do comment, and May the Journey Never End!

6 thoughts on “My Favourite Ancient Sites of the World”