Hi all – another virtual look at a country that right now we can’t (with perhaps very limited exceptions) travel to right now. Last week I wrote about my experiences in Cambodia, in a post which started of being one in this vein but then somehow got sidetracked and I talked more about what I had learnt about travel, and although I am attempting to get back to more of a ‘virtual tour’ this week, there is no doubt that Bangladesh is a place where you can learn an awful lot about travel, life and yourself too. 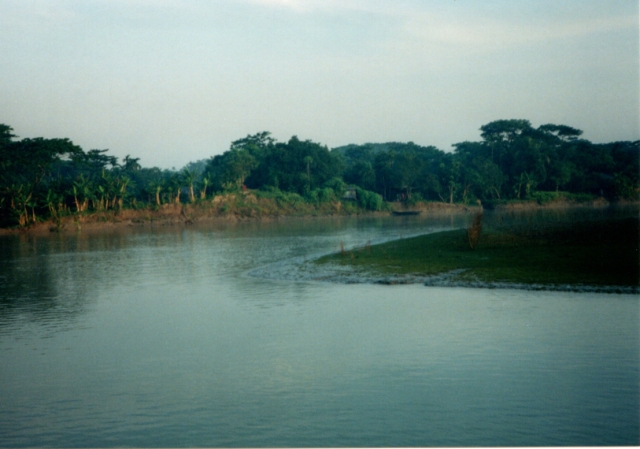 Not that I advocate these as the only reasons to visit Bangladesh. Do I recommend Bangladesh as a destination for Johnny ‘Every Tourist’? Probably not I guess. I got along well with the man who ran my guesthouse in Dhaka (I visited twice, so long ago now I sometimes wonder if I ever really went to Bangladesh) and told me that he thought that opportunities for tourism to grow existed within what he called ‘Reality Tourism’. I’m not sure I can agree with that because in some ways it felt like he was suggesting people could come to Bangladesh just to see how people live there, which is basically describing a kind of voyeurism. However, there is something in that in as much as one thing that I definitely take from travel – to any country – is to see how people there live. Sometimes I don’t spend long enough in a place to appreciate this, but I do think it’s an element.

When I went to Bangladesh the first time it was late 2002 and I was an community development trip with my university, RMIT. As such, I got to see things and stay in places I wouldn’t normally. The second time was 2004 and I spent mostly a week in Dhaka and then took a bus to the north of the country to the border with India, which in itself was an adventure.

So let’s start in Dhaka. Likely it is that if you go to Bangladesh, you’ll be in the capital at some point. It, for me, wins the award for the busiest city I have ever been in. To get an idea of its actual layout I think you would need to live there for a number of years. It is so chaotic that you can be overwhelmed instantly. And yet there is some sort of joy in amongst it all too. That a place like Dhaka can exist, function, even thrive. 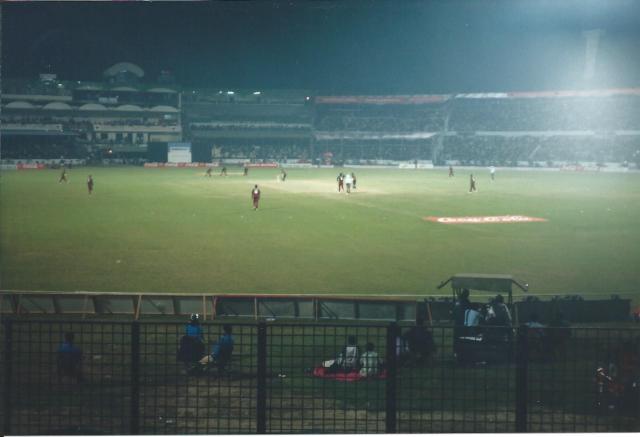 So straight to the best thing to do in Dhaka – and that is, once ‘lockdown is over’ – is go to a cricket match. The Bangladeshis love their national team and just the experience of being at the ground cheering them on is a great way to spend an evening. I went in 2002 and the team was just entering international ranks at the time, these days they have improved, and although still not at the very pointy end of the teams in the world, are a lot ,ore competitive than they used to be and start favourites at home against all but the best 3-4 sides in the world.

The Liberation War Museum is a bit of a must too so that you can gain an understanding of how the present day country of Bangladesh came about. It was, until the mid-1970s, known as ‘East Pakistan’ and actually considered part of Pakistan, thanks to some more brilliance by the British in 1948 when they partitioned the whole region. Bangladesh does not even come close to sharing a border with Pakistan – India stands between the two countries! But they were part of Pakistan for nearly 30 years, even forced to learn Urdu instead of Bangla until there was a bloody rebellion.

Another highlight of Dhaka is this amazing old house, a mansion right by the river’s bank, Ashan Manzil. When I went there in 2004 it was about the dustiest place I have ever been, but an amazing, huge place, basically a palace. The first place in Dhaka to have electricity back in the late 1800s, it finished completion in 1872 and was the palace and residence of the Nawab of Dhaka.

The interweb tells me there is much more to see in Dhaka (and around) than I did. But outside Dhaka the country is very different. Bhola Island is NOT somewhere a visitor to Bangladesh is likely to go. The ferry ride itself was quite the adventure and not for those who like a bit of comfort! An overnight ride took us (in 2002) to one of the poorest parts of the country, one that gets flooded pretty much annually when the monsoon hits. We visited schools and saw what I guess you could call ‘Development in action’. Learned about micro-credit schemes and the like.

We also visited a disable children’s home in Rashahi and had similar experiences. I could say it was challenging, but really, apart from a few comforts it wasn’t because we were taken around as guests, shared in food and festivities, didn’t do a LOT in the way of work. All in all, it reinforced the privilege that I/we are so lucky to experience and rarely realise.

Puthia has some Hindu temples and if you visit may be worth a look. It was just a brief stop one day in 2002. The largest temple complex in Bangladesh, the oldest dates back to the 16th century.

I also marvelled at the beauty of the countryside at the border with India, rice fields, greenery, it was actually a little bit special. Then I fell off the back of the pickup truck taking us to the border which was, you know, a little less special!

Bangladesh will probably not be your first thought as a destination. Or maybe your second or third. But just writing today’s post, I have realised (again) that it is a worthwhile destination. Apart from old ferries down south, the VIP buses are comfy enough to get you around. And of course, there are places like Chittagong in the east which I never got to. Suddenly, out of nowhere, I’m considering that maybe I’d like to get back there one day.

The challenges as a solo traveller are many, mainly organising things. It was a bit of an ordeal involving me going to the other side of the city on at least two occasions to organise my Indian visa for example, and my hotel organised my bus ticket and dropped me off on the side of the road for my bus to the Indian border. Organising all that myself would definitely be a challenge.

But challenge is, I believe, a reason to travel. You develop skills and knowledge and hence confidence in your abilities just by travelling. And Bangladesh allows a lot of room for this sort of personal development. And the people there are wonderful, warm, kind, friendly.

So Bangladesh. Why not consider it when ‘this is all over’? Thanks for reading today – May the Journey Never End!