Last week I wrote about the Chapel Street Precinct, not too far from the CBD in Melbourne. Then last week after that post I caught up with an old friend in St Kilda’s Acland street, another vibrant area of Melbourne.

Acland street is actually often the place that backpackers will come and stay if they come to Melbourne. It’s probably the first choice outside the CBD as there are backpacking hostels, nightlife, the St Kilda Beach – probably Melbourne’s most popular beach, cafes, and a chilled, traveller’s vibe. In fact it seems to be the one part of town that feels a bit like backpacking districts in cities like Bangkok, for example. It’s not a patch on Khao Sao Road, don’t get me wrong, but when it’s a hot day with the sun out, the cafes and restaurants are buzzing and it definitely has a similar vibe.

You may remember a post I did on St Kilda’s ‘Luna Park’, probably around a week ago, well Luna Park sits at one end of this smallish strip. Although the physical street ‘Acland Street’ is more than the shopping strip awash with funky shops and cafes, most of the street is residential (although a walk down the leafy residential part will take you to the theatre ‘Theatreworks’.) When many refer to Acland street they just mean the part with shops and restaurants/cafes between Luna Park and Barkley street. 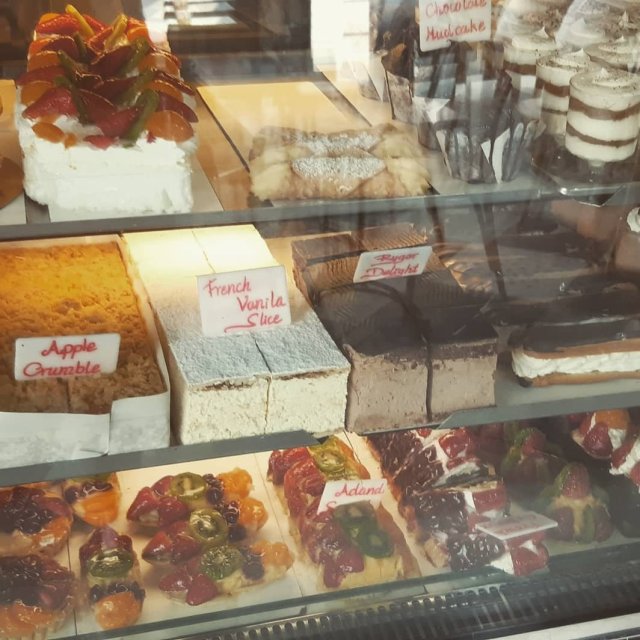 It’s a great place to hang out regardless of season, but really comes alive in Summer. You here a multitude of languages and accents and people dressed for the beach – which is only a minute or so from Luna Park. The area is always active and pumping from the beach to Barkley street. I had lunch in the funky ‘Abbey Road’ café which had a good mix of styles of food, but you’ll find a wide choice of places to eat. Also, for some awesome ice cream, perfect for a Summer’s Day – 7 Apples is hard to beat.

There is a supermarket on Barkley street, pubs and the like. And the National Theatre is one of the biggest theatres outside the CBD (actually probably including the CBD) and they often have shows on. The Palais Theatre is another historic building just over the road from Luna Park which often has concerts. They’ve tried to knock it down more than once but it continues to stand and function.

The whole area has a new age sort of vibe, and shops to go along with that. And there are an extraordinary number of cake shops with some seriously delicious-looking cakes and tarts to delight your taste buds. The buildings, although many renovated and modernised, has a fair bit of history to them including the town hall.

It’s a great place to base yourself if you’re visiting Melbourne, and also the sort of place where you could stay and barely wonder more than 1km away, especially in the summer. The most well known backpackers in the area is Base Backpackers, a little way (ie 200 metres) up Barkley street you have Summer House Melbourne, which may be a little cheaper, and plenty of other options, some Google are quoting at under $100AUD, nothing looking super expensive.

So, if you’re coming to Melbourne and fancy a funky place to stay, with loads of places to eat, entertainment and the beach, St Kilda’s Acland street area might just be perfect for you! The tram 96 goes from the city to Acland street, which is actually the final stop, and shouldn’t take more than 25-30 minutes from Flinders street area! 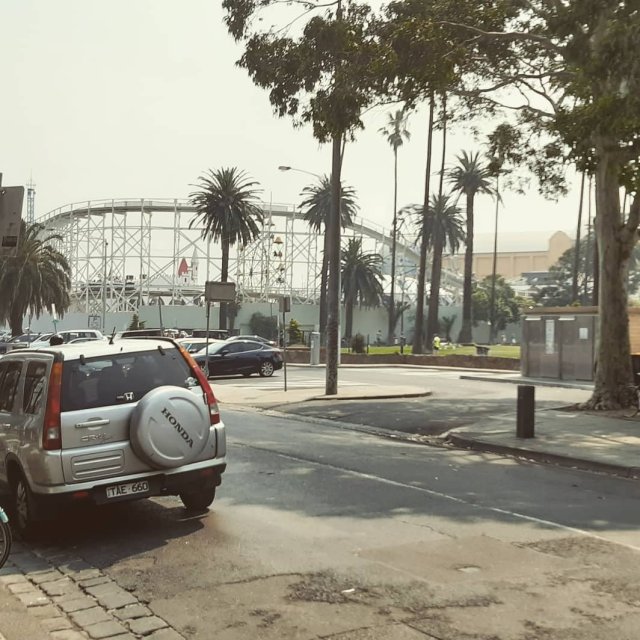