Howdy all! Today’s post is a little bit of a life update in a way I guess. The weekend just finished I’ve been out and about a bit, some in the line of duty for work, some for my other hobby, making my fan fiction, and then there was Saturday night out with my wife to see Hugh Jackman at Melbourne’s Rod Laver Arena. So, it’s been a big weekend (not to mentioned being glued to the Ashes every night as well!) for me.

Saturday was pretty good weather for Melbourne of an August day. The sun was out all day and it reached around 17 degrees Celsius. Bare in mind that this is still winter over here! I spent the day with friends trying to get as much done towards the stories for this year as I could, in the Urban Forest Reserve which is a short walk from East Malvern station, and in another park in Surrey Hills. Melbourne is absolutely blessed with so many reserves and parks.

The one in East Malvern has a small dam/lake, and whilst not being very big is full of native flora and a real unexpected spot to escape the hustle and bustle of the area. It’s certainly popular for walks from those who live around it, and is less than ten minutes’ drive from my house.

The evening came and I drove to Richmond, which is one train stop from the centre of Melbourne, and a short walk from the MCG and Melbourne Park (where the Australian Open – tennis – is played every January. Parking is an utter nightmare. Luckily we got a park, although a lot further from where we wanted to be than I would have liked.

We walked down Swan st and settled on a Greek Restaurant for dinner, and the food was simply fantastic. Then it was a twenty-minute walk to Rod Laver Arena. Melbourne Park Arena is next door and was holding some sort of Darts’ championship where everyone was in costume. 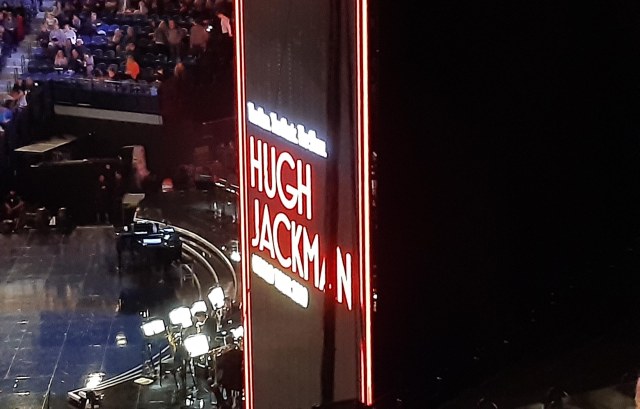 I haven’t been to Rod Laver Arena for so long I couldn’t give you a time frame on that. I think in it’s very early days I went there to see ‘Starlight Express’. But this was a concert for possibly Australia’s most likeable star. No, not David Warner or Nick Kyrios (and this is where they play tennis in summer!) – Hugh Jackman.

Just what it is about the guy I can’t quite put my finger on, but his charm must have a lot to do with it. Although he not the best in the world at the different things he does, he certainly is extremely good and seems to be the sort of guy who succeeds at whatever he turns his hand to – whether it be dancing, singing, acting or I daresay sport as well. So yes, we all feel desperately inferior. And there is no doubt, the crowd, especially the female majority of it, love him. 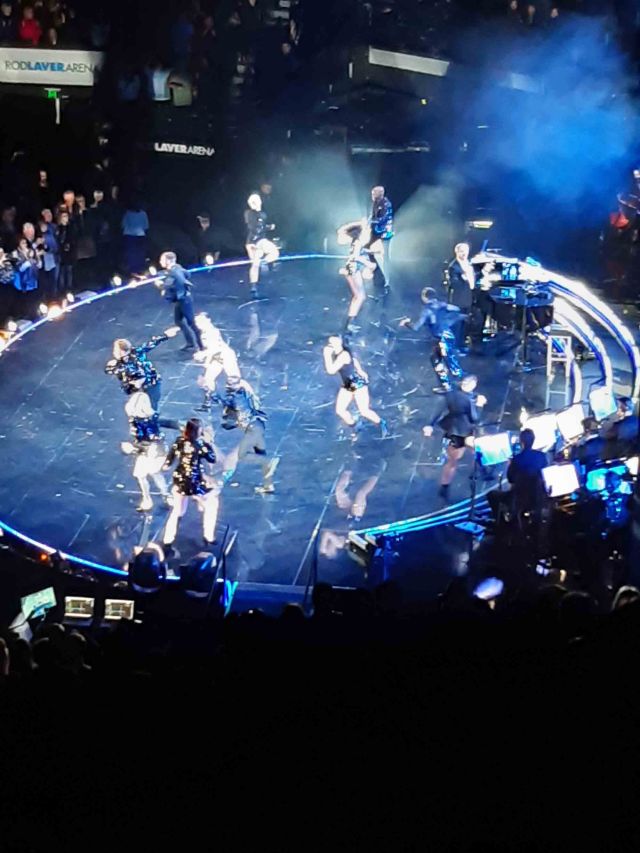 It was a little weird. It was a mix of songs from ‘The Greatest Showman’ (which I can’t deny, I flippin’ hate!), Peter Allen songs from ‘The Boy from Oz’, old show tunes and a couple of modern songs thrown in for good measure. Hugh would stop and tell stories at time, which honestly were very ‘run-of-the-mill’ affairs, but he had the audience in the palm of his hand. He had guests such as Keala Settle, who sang the song ‘This is me!’ on the night and indeed in the movie – and she brought the house down probably more than Hugh did. An amazing indigenous group too who filled the arena with powerful and beautiful music. It was formed by Olive Knight, Paul Boon, Clifton Bieundurry and I think Nathan Mundraby. I really should have got a program!

I enjoyed parts of the night. What I did not enjoy was when I got out, I decided I didn’t want to walk back to the car as it was over half an hour and it was nearly 11pm, so I tried to get an Uber. It was a shortish distance from where I was, and the traffic was barely moving, but I was accepted and dropped FIVE TIMES. Which is pretty ridiculous. I thought the whole point of Uber was that you had a ride confirmed and you couldn’t be dropped once you’d been accepted.

I even tried a couple of cabs, but no-one wanted it. Eventually I went back to Uber and put the message ‘Will tip 10 bucks’ and I got a ride back to the car. Grrrr! 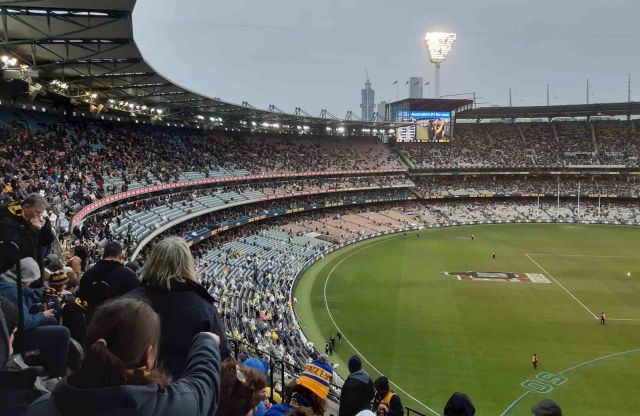 On Sunday I went to the MCG, supporting some people whom I work with/for, to see a great game of AFL – Richmond versus the West Coast Eagles, who are third and fourth on the AFL ladder right now. It was a great game that sea-sawed throughout. Eventually the score was Richmond 88 to the Eagles 82, a one goal win to Richmond. The finals series is just around the corner and things are getting pretty exciting. My team has come from nowhere to be a chance to play finals with one game left in the season. Fingers crossed – a win and we will play finals!

And so that’s a bit of a round up for you. Hope your weekend was great too! Thanks for reading – and May the Journey Never End!