Well. Today, I thought I would look at a possible itinerary for Cambodia. I know a couple of people who have been there recently, and things are a little different these days from when I went there back in the year 2000. For example, there is now a proper road from Siem Repp to the capital Phnom Penh.

In fact I will retrace pretty much the exact route I took in 2000, in which I spent a little under three weeks in Cambodia. This is an itinerary that starts in Bangkok, Thailand, crosses the border at Poipet through to Battambang, to Siem Repp, then south to Phnom Penh and further south taking in Kampot and Sihanoukville. From here you could conceivably go onwards to Vietnam, or return to Thailand as I did. Or return to Phnom Penh and fly out to wherever home may be for you.

So, from Bangkok you can take a train to the border with Cambodia at Poipet. It might take around five to seven hours, but it’s an interesting way to travel and to see the beautiful Thai countryside. From there it’s 116km to Battambang. Google tells me that’s 2 hours 41 minutes by car, and there are buses today. However, in 2000 it was a longer journey – around 7 to 8 hours because the roads weren’t really recognisable as roads back then!

Battambang is worth a few days. It’s really in a nice area, I was with a group in Cambodia and we hired some guys with bikes to take us around for a couple of days. The highlight was travelling on the railroad in a sort of buggy that was man-powered. Lovely people and area, plenty of nature and greenery in the region to explore. 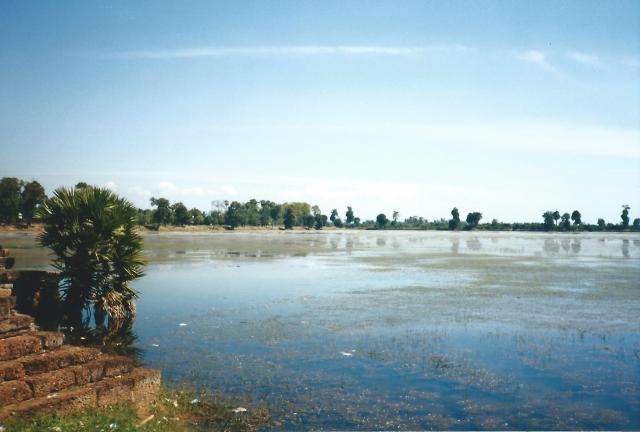 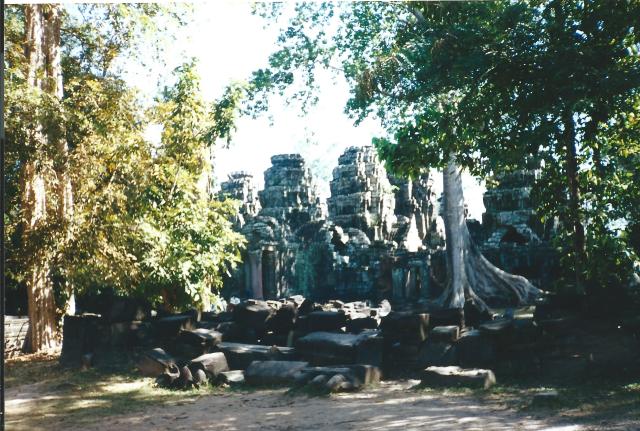 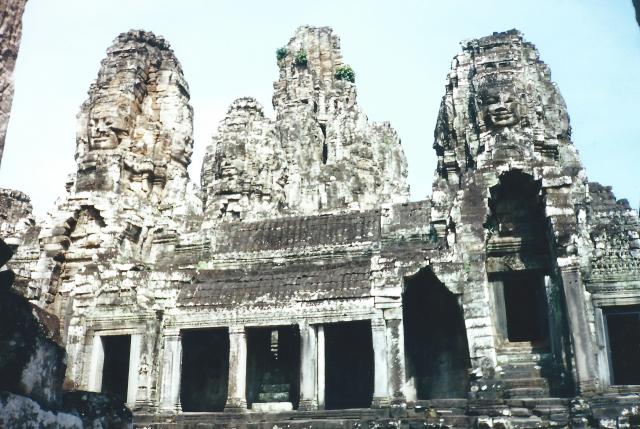 To Siem Repp from there. That’s 170km or so via Sisophon – a fair detour but I guess no roads are direct. I took the boat back in 2000, which is a great way to get around Cambodia but not as popular now as many roads have been built or rebuilt.

Siem Repp might be worth a day on its own, but you’re there because it’s the town closest to the temples of Angkor. Three days is well worth it for exploring the many many temples, from Angkor Wat itself to Ta Phrom the Jungle Temple and so so many others. Angkor is one of the must-see sites of the world, and probably South-East Asia’s premiere site. 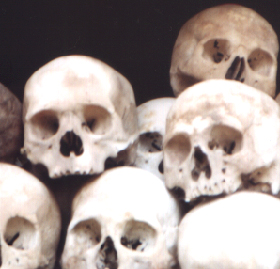 The capital Phnom Penh can be reached by bus/road and if there are boats running by boat too. It’s worth a couple of days, the Killing Fields are nearby and the main thing to see there – remnants and reminders of the days of Pol Pot. Not for the feint-hearted. As a city, Phnom Penh is pleasant in places, but to be honest the least favourite of all places I’ve been in Cambodia and quite seedy. 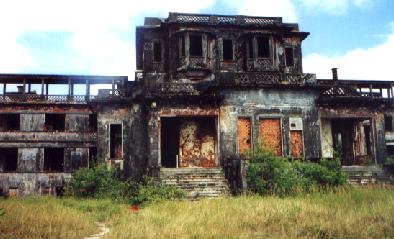 Down south Kampot is a little town in a pretty area. There’s an old hotel/casino that was abandoned a long time ago now that I remember visiting, a guide took us there. It was huge and very creepy.

Sihanoukville was my last stop, a gorgeous beach full of backpackers. Tourism there was really growing and there were many guesthouses being built in 2000, as there were in Siem Repp. All in all Cambodia is a wonderful country with a lot of kind people. It’s interesting, confronting at times and also has one of the world’s greatest historic sites. A rough itinerary to play around with –

Day Nine – Travel to Phnom Penh by boat or bus

Day Nineteen – exit either to Thailand, Vietnam or home via Phnom Penh 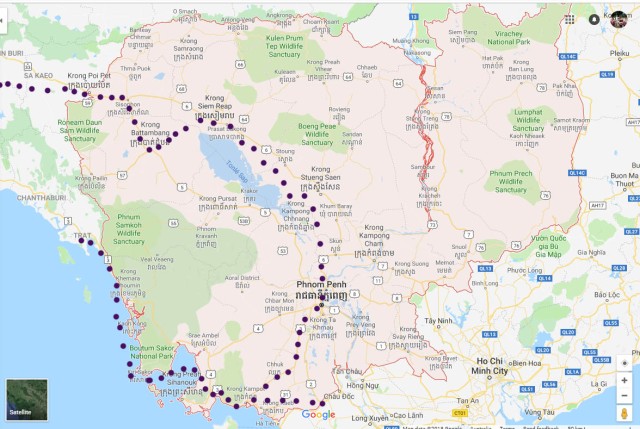 It’s been a long time since I’ve been there – What have I left out? Please comment, thanks for reading, and May the Journey Never End!