I’m headed back to Sri Lanka in March, so time for a little, gentle reminiscing about my first town in the country. I didn’t fly in I should point out, I flew into the Negombo Airport which services Colombo, however the guesthouse I was staying organised a taxi for my wife and I all the way to Kandy straight off the plane, which worked really well.

We arrived at night, so didn’t get much of a sense of our new surrounds until the next morning. Kandy is a pretty town – it’s set on a gorgeous lake. Wikipedia gives the population at around 125,000. Which would be the central area I guess. It really bustles, but compared to Colombo it’s much easier to cope with, to ease into Sri Lanka in. Which is why it’s a great town for a ‘first taste’ of a country.

And that’s what I like. Landing in Delhi is, for the first timer to India, absolute mayhem. And that might be your thing. Kandy is not a quiet, serene spot on a lake, the Bogambara Lake, it bustles, there’s plenty going on. However it’s not dialled up very high. 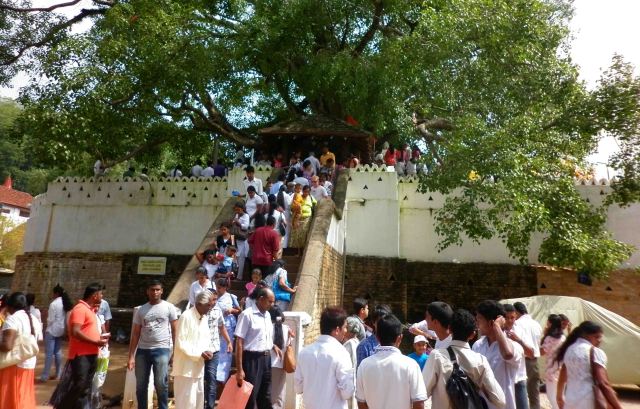 There are crowds – especially when it’s festival time. The Temple of the Tooth is a famous temple in Kandy that people flock to. It’s supposed to hold a tooth of one of the Buddhas. When I was there it was festival time, and there was a line outside the temple to get in, which happened very slowly over around forty-five minutes.

We also saw  great cultural show on the second night we were there, and visited Ceylon Tea Museum which was a short local bus ride out of town. Beautiful old building, shows you how tea is dried out, prepared etc.

And then you can get a day tour to places in the area, such as the incredible Lion’s Rock at Sigiriya. We organised a driver for the day and got to see a bunch of stuff and climb the Lion’s Rock.

If you want to go to the north of Sri Lanka, then you’re in a reasonable position. You’re around 3 or 4 hours from Colombo and access to the south, and Kandy is also the launching pad for the high country which has Nuwara Eliya, Adam’s Peak and more – which I should get the chance to explore at the end of March. 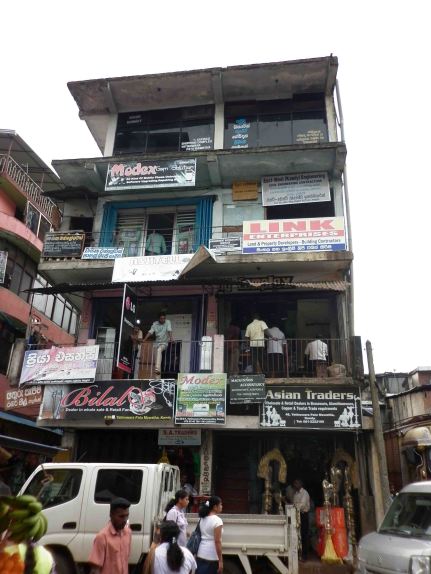 So all in all, I have to give two thumbs up for Kandy as a ‘first taste’. I can’t say I saw much of Colombo, the capital, but the station was busy as, and it’s far far bigger. If you arrive in Sri Lanka and get a taxi or other transport to Kandy, it’s really a great place to start your Sri Lankan adventure! May the Journey Never End!