Months ago now I booked tickets with Tiger Air to head to Cairns this July. The principal reason was actually to see a football game, but I took four nights as it’s the middle of winter and Cairns is in the tropical north of Australia and it would serve as a great little winter break for my wife and I.

Tiger Air is known as the cheapest option in Australia, and so I guess I was filled with a little trepidation before my flights. It had even been banned for a couple of years a while back now because its safety procedures weren’t up to scratch or something.

I took TigerAir years ago from Alice Springs to Melbourne. It was fine but there was a long walk from the plane to the terminal at Melbourne Airport. Today, we have a brand spanking new terminal 4 which is the domestic terminal for Tiger, some Jetstar and Regional Air. Inside the terminal is quite nice, however there are no ATMs anywhere! There was a surprisingly decent spread of food options with only one of the main fast food giants present in McDonald’s.

Check in was really easy, it’s all electronic on a screen and staff are there for assistance if required. You check in and scan your ticket for bag drop off. The x-raying of hand luggage didn’t take long. No-one asked for ID at any point! That was a bit of a concern I guess.

After it was time to go to the gate you have to walk down these temporary-looking corridors and then walk to your plane. It wasn’t far though. But it took a good twenty minutes.

We climbed aboard our Airbus A320. The seats are basic as, no entertainment systems, leather seats, one safety card and magazine between three seats. It’s a 3-3 configuration. Leg-room is the biggest downside, probably the least I’ve ever had. Which also meant that when I wanted to use my laptop it was very cramped indeed. It couldn’t sit properly flat. Luckily the people in front didn’t want to recline, and neither did we.

But this is how they make their money. The price we paid for the tickets was around $400 return for two people. One of us nominally had checked baggage in there as well. So roughly $100 one way per person. Cairns is a three and a half hour flight from Melbourne. To give you some idea, that’s about twice the distance as Melbourne to Brisbane. There was no premium economy or business class, which is how they can pack in more economy seats, and I guess this is another way they save/make money. I don’t think they offer anything but economy on any of their flights. 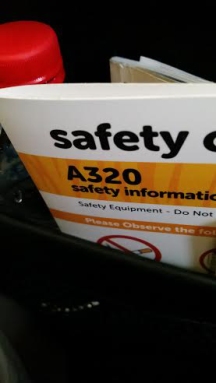 The flight time was slightly longer to Cairns as we faced a head-wind the entire way. We left within 15 minutes of departure time, so relatively on time. It was a full flight, didn’t see a free seat. We’d tried to be clever and book the aisle and the window seat in the hope no-one would choose the one between. We were wrong but the guy happily swapped.

The service was actually quite good if a little slow – not their fault at all. They ran out of the option I wanted for lunch by the time they were up to us – we were row 8 of over 40 so they hadn’t made it a quarter of the way down the plane. Still, the staff were always pleasant and friendly, and the delay wasn’t noticeable. I certainly felt that Tiger had done better than my old enemy, Jetstar.

The flight up was a little turbulent at times, but it rarely lasted more than a minute or two and the A320 is not a big plane so you would expect that. And out the side of the plane we saw the Russian Explorer who is circumnavigating the world in a hot air balloon which was awesome! Unfortunately not close enough to the plane to get a visible shot.

The return flight was on EXACTLY the same aircraft. I know this for sure because there was a small bit of graffiti on the armrest of the seat in front of us (we booked the same seats back as well), so there’s not much to report. Ended up circling Melbourne Airport for 20-30 minutes before landing or we would have arrived home early. Again, stewardesses were friendly, the flight was quite turbulent (but nowhere near extreme) for the entire journey home.

So. If you’re looking to save a few bucks on air travel, and Tiger Air do the route in Australia you want to fly (and they don’t cover nearly as much of the country as Virgin, Qantas or Jetstar) Tiger is not a bad option really. If you don’t have long legs that is!  I’ve flown Tiger maybe five or six times now and haven’t yet experienced a significant delay. Compare that with my experiences with Jetstar, and that puts Tiger well in front. Jetstar aren’t quite as cheap, the staffing is comparable, Tiger seem to do better at being on time. Just as a short comparison.

Anyways, thanks for reading and May the Journey Never End! 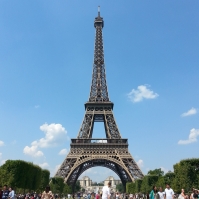