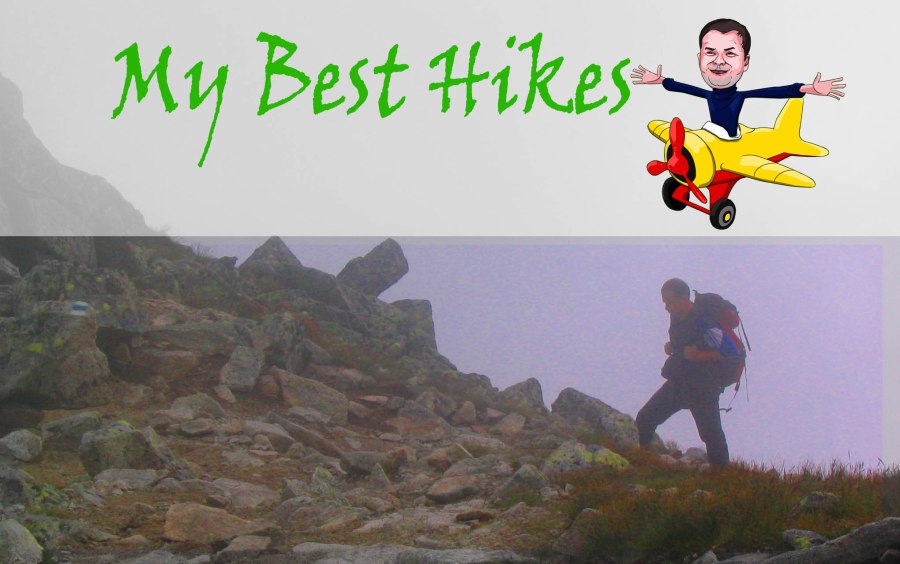 So this is a real ‘reminiscing’ post, because right now I wouldn’t risk putting myself through any sort of challenging hike because I don’t think my fitness would come close to coping. For example last year I struggled hiking in Tajikistan at the Seven Lakes. It was a great hike – and it will feature today, but physically I learned just how out of shape I was at the time and frankly, things have not improved thanks to a myriad of factors this year so far – one being you know what!

But hiking is a great activity which I do vaguely remember enjoying back in the day. The challenge for me right now is to somehow find myself at a fitness level where I can take up that challenge again. Hiking when you’re overseas is great I think, because not only do you meet a challenge, see some of the country you’re in, get out of the city areas but you also feel like you’ve accomplished something. So here are some that I’m proud of doing for you. 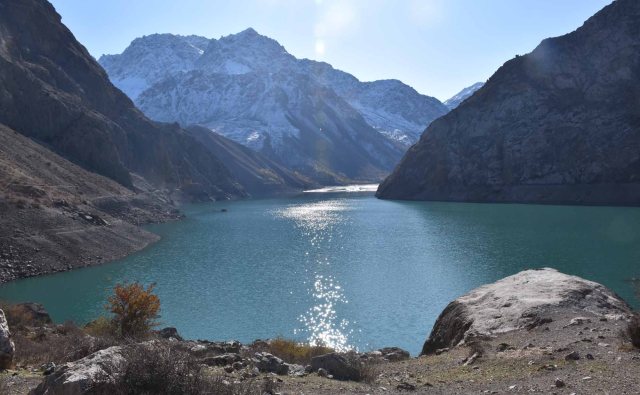 I was proud to say that I didn’t die. The End. Okay well, this was one that showed me just how unfit I was. A day hike from the fourth lake to the seventh lake – located in the region close to Panjakant in Tajikistan. 23 kilometres, half of them basically straight up and the rest straight down. All in a single day. Although the altitude wasn’t anything serious – I think the top lake was at 2400 metres, I could feel it quickly and the climb was at times pretty steep. Then we’d hit the next lake and it would be flat around the lake, then suddenly steep again. I was fine on flat terrain, I know though that climbing uphill simply flaws me.

But I should be talking about the scenery. Passing through little villages and past stunning lakes. Little bits of forest would appear here and there. You can do longer hikes which would turn into treks over the mountains and link to other trails. It’s amazing that people live up in these mountains, I guess the lakes bring life. Stunning place that’s for sure.

Although I went when there were a lot of clouds and a bit of rain, and although I can’t remember the name of the mountain I hiked on I remember the day well as a set of images in my mind. It was a day hike, and it was all uphill one way and therefore downhill the other. It was 2004 and I dealt a lot better with the uphill those days, I was at least 20 kilos lighter which would have helped. You start by climbing/hiking through the forest and suddenly it opens up when you are closer to the top and it’s much barer and you have to climb over large rocks. Whatever summit we were heading for we made it and the clouds would swing by and reveal surrounding peaks and then cover them up again. A really beautiful part of the world.

And this one is probably the one I am most proud of completing. From around 3200 metres in altitude to the highest point on the trek I did with two friends in 2009 of over 4000 metres. Not the highest point I’ve ever been – in Peru I was at over 5000 metres on a tour and we hopped off the bus to take photos – but the highest I ever arrived at under leg power. 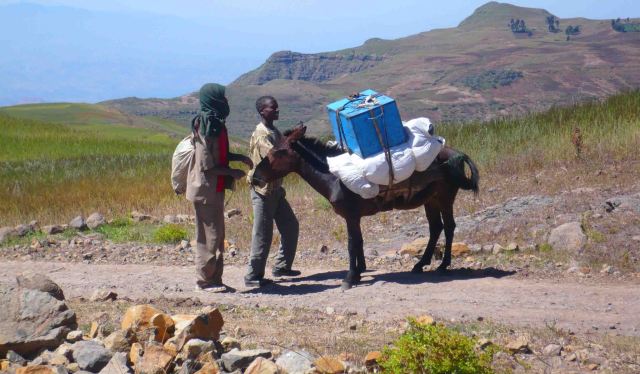 I struggled for a day and a half with the altitude, moving very slowly. The views were to die for, the wild life of antelope, gelada baboons and amazing birds were incredible. Not a lot of vegetation, but a lot of low-lying shrubs and some really interesting other plants too. Nearing the 4000 metre mark I was feeling very sick. And then – I vomited. Bizarrely after that the worm had turned because I wasn’t sick again, and I found myself at the head of my party which included a guide and a scout. Camping out in the mountains was amazing, the views blew my mind, I am really proud to have done this. We hiked I think around 16-18 km on average per day. Maybe more but I know the first day was more like 14km and the final day was around 23km down into the town of Debark where we took off from. To all the hiking enthusiasts out there – this is really worthwhile.

In 2007 I did a very different trek over three days and two nights in Dogon Country in Mali. This one was generally very flat, and I think cover around 12 – 15km per day. The weather here was, and is, bloody hot. You don’t trek in the middle of the day so our days were hiking from 7am or so to 11am, then stopping for an extended lunch break, and then after 3 or 4pm get a few kilometres in. 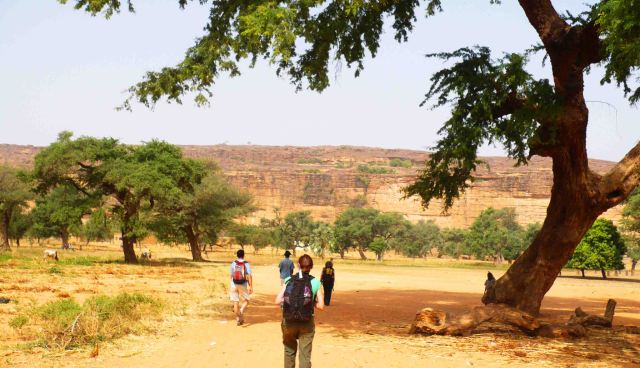 The escarpment is basically a huge, long rock that rises out of the ground and we walked along it’s base. We stayed in villages and on the first night we actually took our sleeping bags out and put them on top of a mudbrick roof and slept under the stars. We got to see villages life and meet the locals. In the afternoon of the second day we did ascended to the top of the escarpment, otherwise it was all flat, but that couple of hours was the most challenging of the trek.

So this is more of a general one as I don’t have my diaries from the times I went to Bavaria any more but the mountains are so beautiful, like in postcards, and you meet loads of people as you hike and generally, if you get to a peak there’s some sort of café or bar there for a drink. It’s a way of life for the locals, and although I’ve only hiked in the region a couple of I know that it’s a great place for hiking and has so many options. Lederhosen is, of course, optional! 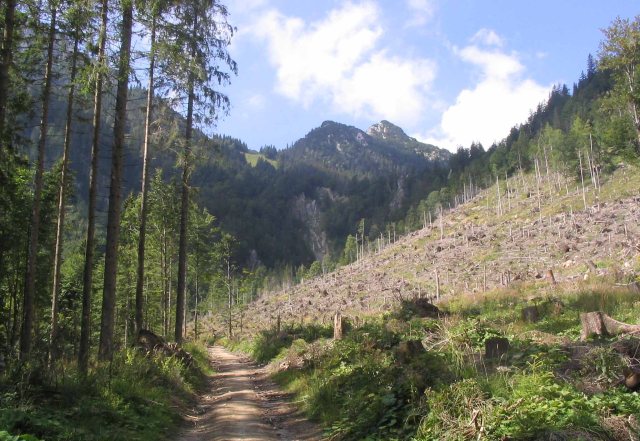 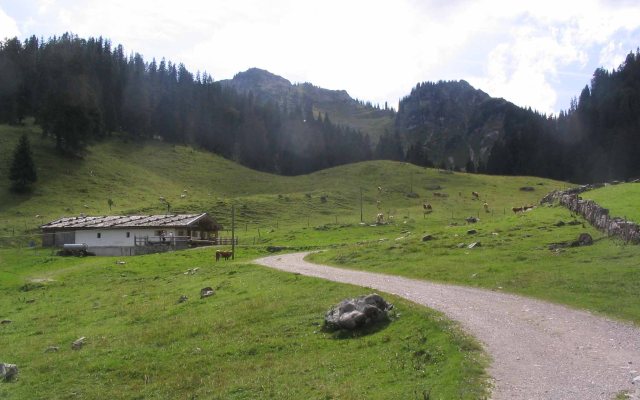 And there are many more worldwide worth doing which I haven’t, as yet at least and I hope to get the chance to. I need to get fit though! I have been researching Colombia of late and the trek to Cuidad Perdida looks like one I’d really like to do. But right now I know I couldn’t. But I can’t see myself leaving Australia for at least twelve months at this stage, so there’s a goal for me!

If you’ve done a great trek that doesn’t require one to be at peak fitness somewhere interesting – please let me know in the comments! Thanks for reading again – May the Journey Never End!

9 thoughts on “My Best Hikes”