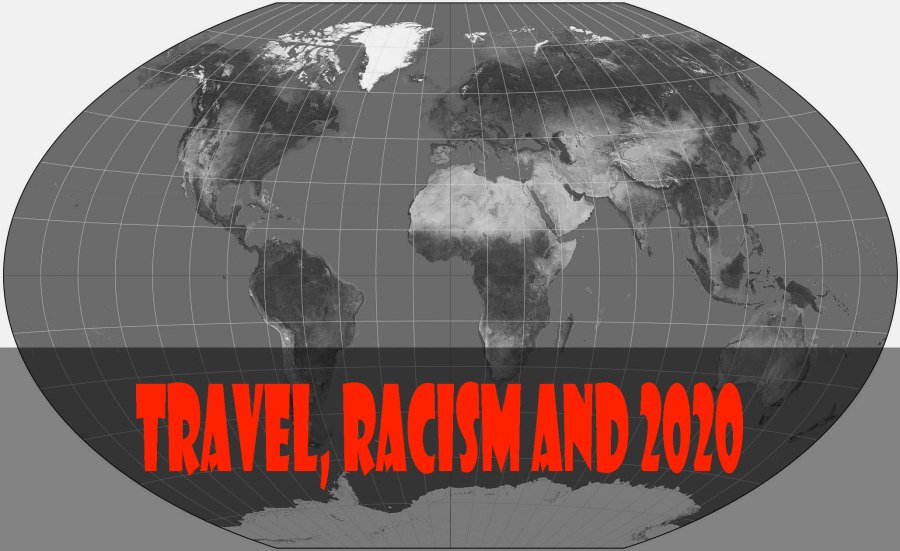 So yes, there’s a lot going on in the world and the moment. And a lot of it is dealing with racism, racism in its many forms and incarnations. People are defying lockdowns and social distancing to protest for Black Lives Matter which has raised debates here there and everywhere not so much about the validity of the motivation behind the protests, but whether people should be endangering others by gathering in large numbers I guess. I don’t really want to go into that. I’m not sure this is a post I really wanted to do so much, but I feel like I read a lot of stuff on social media I wish I hadn’t and I generally don’t respond because you just start wars no-one can possibly win.

Honestly if I see another person claim that it should be #AllLivesMatter, I might just lose the plot all together. I have seen people try to respond with reasoned argument and fail because people on the other side of the argument won’t actually think about what is going on, what has gone before now and how life for some people in this world is completely different dependent on their skin colour.

So today’s post I guess is to throw all my thoughts out there. Instead of trying to fight people on facebook. Or wherever although I really have no mastery over any social media. I want to talk about being white in this world, because I can’t talk about being black, because I am not.

I cannot directly relate to what it’s like to be black. I don’t know what it’s like to be part of a people more likely to be pulled over by the police for no reason. To have members of my community more likely to be incarcerated. To be part of a people who have endured slavery, oppression, colonialization, invasion, displacement, who have been uprooted from their land and taken elsewhere.

In Australia we have a lot of people who seem to think racism is a lot of rubbish. It’s not real, people should get over it. But our white past is shameful and has had an everlasting negative impact on the people who were here 60,000 years before white people ‘discovered’ Australia.

Let’s talk about Australia’s ‘Stolen Generation’, children removed from Aboriginal families. I saw an argument that white people lost their children too. And whilst that is true to a point, it was not to the same extent or scale and it was not for the same reasons. And more to the point, it wasn’t targeted.

Looking at documents that go back a hundred years now, there is a stated belief that the indigenous people of Australia would ‘die out’ from the government and to expediate the process children should be removed from aboriginal families basically so ‘blackness’ could be bred out. It was policy. Indigenous people only got the vote here in 1967. Their own bloody country for 60,000 and they weren’t even counted as citizens.

And as for black deaths in custody here in Australia, it makes for alarming, horrific reading.

Then we look at Africa. Just ask yourself honestly if you a white person not living in Africa, or maybe you are – does Africa get the coverage of other parts of the world on the news? Do we treat stories from Africa as importantly as those from Europe or the States? If there’s a terrorist attack somewhere, the news likes to reassure us that no Australians were killed.

Think about the impact on a non-white person living here watching the news, the representation of people that look like they do. Look at Australian soaps, you almost never see non-white people in Neighbours or Home and Away. Imagine reactions from people that is based solely on your skin colour, day after day, all your life.

And so the calls come about how white people experience racism. Current affairs show how people running shops won’t hire people not from their ‘ethnic group’. LOL. I mean how outrageous! Because race never influences white people when hiring. This is such a case of reflecting what we do onto others – is it an attempt to feel less bad about whites being racist? Look! Other’s are racist!

I’m not going to say it’s IMPOSSIBLE to experience racism as a white person. Sure I guess it is, but it’s very different because it’s generally not systemic, and it’s not constant, and it’s not a situation of people looking down on you because of your skin colour. When I visited Burkina Faso people whispered (kids actually) ‘Le Blanc’ as I walked down the street. Because I came from a place of privilege. Because I represent a colonial past.

When someone dies of colour from the police, and the stats say that this is more likely than a white person, and yet it’s less likely that people will be held responsible – just look at the last ten years of Aboriginal deaths in custody in Australia, over 400 without a single charge against anyone.

So as a white person, I don’t think we’re ever given cause to think our lives DON’T matter. #BlackLivesMatter highlights worldwide inequalities. It asks that we consider people with darker skin to be as important, as valuable, as important as those without darker skin. That’s the movement as I see it and that’s the point. So then I ask – who wants to argue that that is unfair or unreasonable? Because I can’t imagine an argument to that that would stand up.

So as travellers, remember if you are white, you do come from a place of privilege. Represent your background well, be a person that says something good about where you come from and what you stand for. Consider what you do and what example you set. And also – what you accept from your peers, your friends, stand up for what is right. Don’t make assumptions about people based on their skin colour or what you think you know. And understand that some people have been through more than you can imagine because of something as simple skin colour.

Maybe then we can stop pointless social media arguments.

Thanks for reading my babble. May the Journey Never End!