You can’t stop me with my alliteration! Well, here I am in another town, another place, same country! So again begins the process of bringing you up to speed on the latest from me and this year’s adventure. 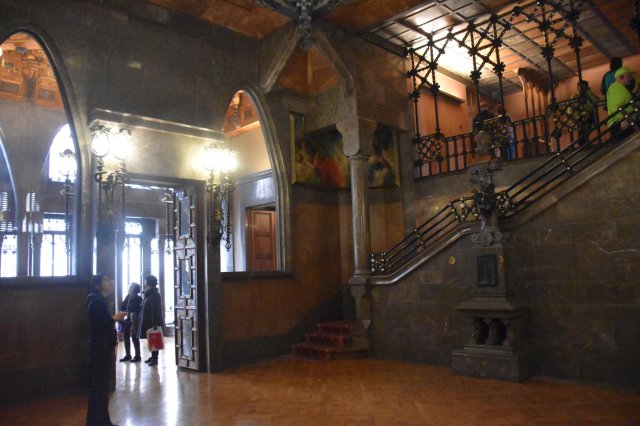 As I last wrote, I was on my second last day in Barcelona. My last day whizzed by pretty quickly, I went to the Maritime Museum and Palau Guell, another palace designed by none other than… you guessed it – Antoni Gaudi! It was one of his first works, and he designed it for the rather wealthy industrialist, Guell who he also teamed up later to work on Park Guell. It was quite different inside from Palau Batllo, much darker and a little more reserved, with an amazing chapel in the middle and his trademark decorated chimneys on the roof. If you are headed to Barcelona, many people and guide books will suggest that you visit and see Gaudi’s work. If you have any interest in modernism or design, I highly recommend you do. 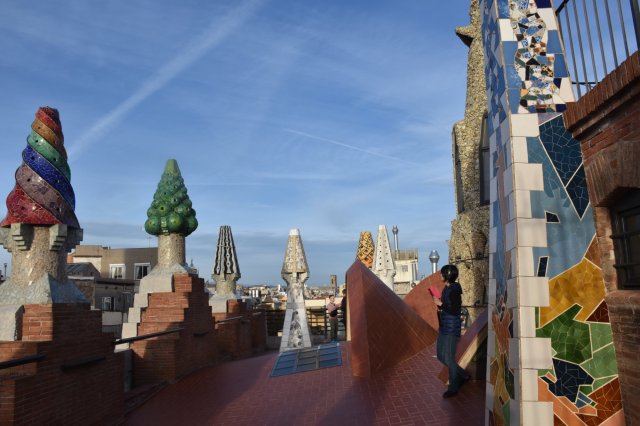 The fast train whizzed us at up to 300 km/h to Seville yesterday (Thursday). It was comfortable, we were next to the café car, and it was a smooth journey. I for one have been pretty tired and I tried to stay awake for the much of the trip, but couldn’t keep my eyes open. 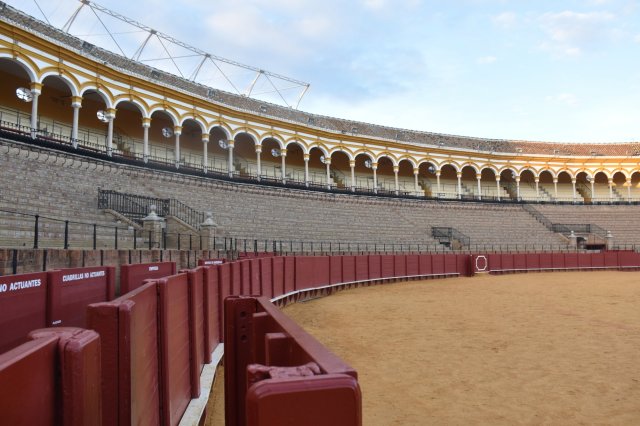 Still, after arriving in the afternoon there was time to head out to the Plaza de Toros here – the bull fighting ring! No, no bullfights and honestly I’m not sure how I feel about this ‘sport’, but it was interesting to have a brief tour of one of the oldest rings there is – dating from the second half of the eighteenth century, and to stand in the middle. Fortunately, no bulls released this day!

Today has been a day of looking at a few religious spots in Sevilla. Primarily – the Seville Cathedral is apparently the third biggest cathedral in the world. Let me tell you, it’s bloody big in there. It’s primarily a Gothic Cathedral, but like the other church we went into, the Church El Salvador, there are a number of Baroque motifs and there is the tomb of Christopher Columbus, who I must say appears to have been quite the big deal here in Spain. 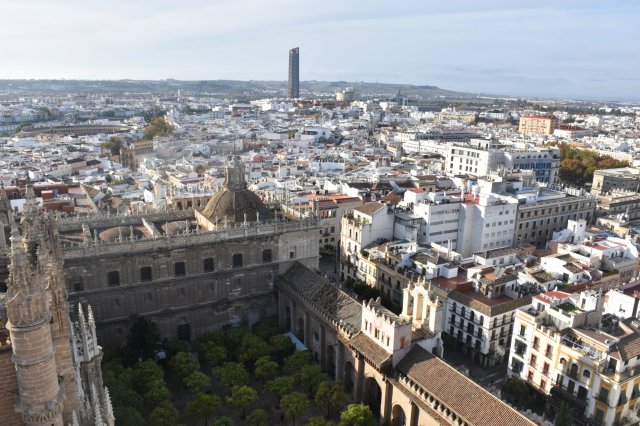 The church dwarfs you as soon as you enter. There are several smaller rooms that you can explore too, including the ‘Chapter House’ which is this amazing oval room, with an oval dome. 16th century from memory. The site was original a mosque until the 13th century. One of the oldest elements is the Giralda Tower, which we climbed giving awesome views of Seville and frightening the bejesus out of everyone when the 4pm bells rang!

To round out the day we saw the Hospital de Venerables, a hospice for sick/elderly priests which was interesting too, with a couple of attractive courtyards and a beautiful church.

Well, still a couple more days in both Seville and Spain. That’s the round up for now! Hope you are well wherever you may be – and May the Journey Never End!

7 thoughts on “Stepping Into Seville!”