Buckle up everyone reading this – it’s going to be one of those ‘thoughtful’ posts where I delve into my subconscious and answer questions that I never knew I would ask myself for reasons that may never be clear.

I’ve read a couple of very interesting and thoughtful posts on other blogs lately. A shout out to Frank from the incredible BBQ Boy and Spanky Blog for his great post ‘The World of Travel Blogging in 2019‘. I wanted to examine what I enjoy the most in travel, because is I know that different people enjoy different aspects of the travelling experience.

And as much as I like exploring a place, or taking the chance to unwind in a place with a pool, eat at a few nice restaurants, hiking, taking photos, and all the other things you can do when away, it is actually the journey which I love most of all.

Yes – I love the travelling aspect of travel. Now, I don’t mean necessarily every aspect of it. I don’t like using the toilet on a train and I dread the thought of using a bus toilet at any juncture. I dread not being able to sleep on overnight journeys – I actually much prefer to take trains and buses during the day so that I can see everything and so I don’t lose most of a night of sleep. And frankly, I don’t particularly like air travel at all.

Okay – that’s a bit of an exaggeration but if there are any youngsters out there who have only started travelling recently, believe me when I say air travel used to be a lot more enjoyable. It’s changed essentially because of, well, September 11th 2001. The security measures are far more tedious and long these days (but necessary) and this event and then the Global Financial Crisis put a lot of airlines out of business. 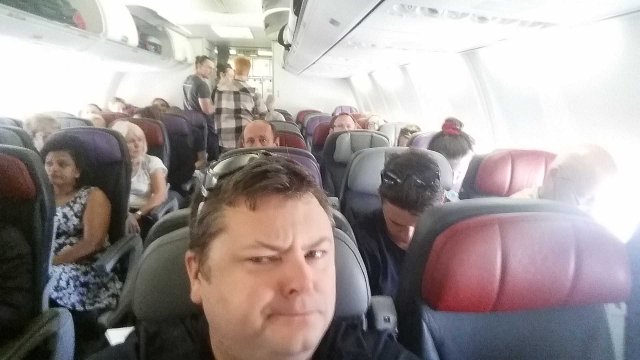 As a result, the airlines that didn’t go out of business had to streamline everything, which meant not running as many flights and more codeshares and basically, although there are substantially more people flying these days, there has not been the corresponding increase in flights. Which means the chances of flights being full these days is far higher which mean you are more likely to be very tightly packed into your economy seat. Budget Airlines also I believe have resulted in a decline in the quality of full service airlines as they try to cut services to compete with the prices budget airlines now offer.

But – this post is not ‘Why Airlines are Crap These Days’. It’s about what means the most to me when travelling, and it’s the journey. It’s how I got there. It’s little things that you notice on a train, bus, on the road, or indeed even on a plane. 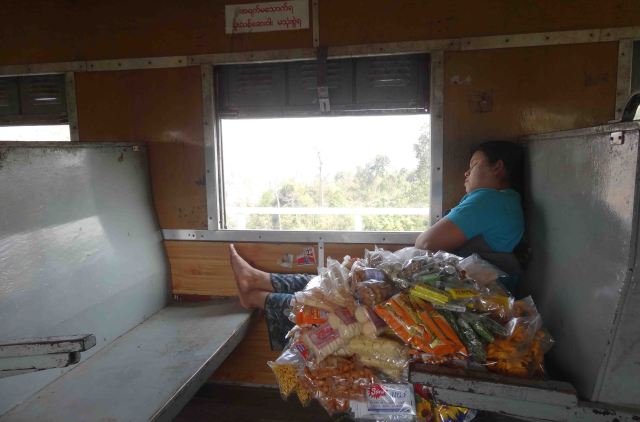 For example, the train over the Gokteik Viaduct in Myanmar (actually any train journey in Myanmar is certain to land you with a wealth of experiences!) there was one ‘comfortable’ cabin for the tourists. It had not been repaired in who knows how long – but the seats were padded and one of the fans worked.

I wondered down into “2nd Class”. And I’ll admit, I was happy to have padding on my seat but in Second Class the lights didn’t seem to work and the seats were wooden. Although in reasonable condition I guess. A lady who was literally covered in items for sale, who boarded the train and would walk up and down it trying to sell food, or little battery powered fans, candy, fruit or whatever, was sitting there resting. 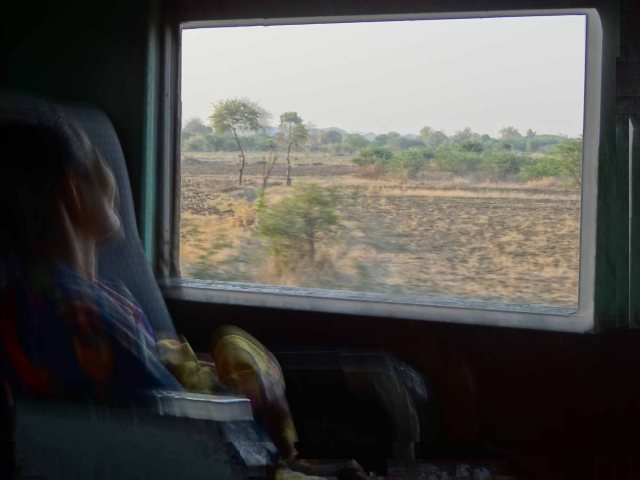 Now let’s think about it – she does it tough. Really tough. Everything probably weighed upwards of 20kg all together and she lugged it everywhere she went. And there in that moment, I could consider just how lucky and privileged I was. I took an early morning train a week later to the Inle Lake region from central Myanmar, and it was quiet as. Only a couple of people in my carriage. This old lady sleep near the window of the train as the sun rose and made the scene a beautiful orange. Let me tell you, it was a ‘moment’. And for me, the moments of the journey often turn out to be special, or weird, unexpected…

In Benin I was taking the train from Cotonou to Parakou. It was a long journey of 12 hours or so, and the seats were wooden. The further we went, the more the carriage got filled. With huge sacks, and animals and the like. The roof was just canvas. It was around 6pm at night and the skies opened, and everyone got soaked. And yet… a magical moment is how I remember it.

Sometimes a journey is punctuated by the people you meet. The Trans-Mongolian was, so many days on trains. But I met an Aussie couple and we laughed the whole journey, and then there was the moment the carriages were lifted up and the bogeys changed whilst we were still on the train at the Chinese/Mongolian border. Watching the landscape change, the people’s faces, the restaurant car.

Journeys can also be achievements. In West Africa, getting stuffed into a large bus taxi/van/mini-bus affair with no ability to stretch you legs out, with the estimated time of arrival getting later and later whilst you wait for the thing to fill up, until its so full any sort of movement is pretty much impossible. And then jetting off into the night to Niamey, the Niger capital, that was an experience. Despite the lack of comfort, no journey undertaken in West Africa is anything less than an adventure.

On several journeys, after finally leaving I found us stopping within the first ten minutes. For petrol. For prayer. For repairs. OH – bus in Mali! Broke down outside of Bamako and so everyone just got off and got taxis or hitched! Ended up going in there with a mate by truck!

Hitching to Dubrovnik from the Montenegrin border. My and my friend waited at the border for hours before someone agreed to take us as it seemed no buses were running on the Croatian side that day.

And the epic bus journeys of Peru were seriously incredible. As comfortable as a bus gets too – waking to see nothing but sand dunes either side of the bus, it was out of this world, I really could have been on another planet! Coming from Ecuador, arriving in the northern town of Piura – having to change to another bus, and having almost no time for it.

I got in a taxi that took forever! I got to the second bus station as the bus was supposed to leave. But the boarding time on my online ticket was way off, and then I had an hour to fill at the bus station. That coastline of Peru is other worldly, it’s so barren for so much of the way, and there are little towns right on the shore, and then suddenly nothing for two hours. One of the most stunning, incredible, and at times a little scary journeys I’ve taken. I mean there is sealed piste in the middle of sand dunes! Stray from that… and I don’t want to think about it!

But the thing is – I LOVE it! It doesn’t mean it doesn’t drag, or that I don’t get bored. I listen to my iPod a lot and even watch videos. But it’s all part of the adventure for me, and I’m quite sure I prefer it to city sightseeing. Oh just going under the English Channel on the Eurostar – the very idea is exciting! People laid out tracks and roads across the world to connect people and places. It’s bloody brilliant!

And you know what – there are boats as well! I was on a ferry in Bangladesh, which, in the middle of the night was rammed by another ferry as they jostled for position on a less wide stretch of the river. At another time on the same journey, everyone joined together to eat and chat at the front of the boat. Oh… and in 1999 I fell if not in love then under a girl’s spell well and truly on a ferry from the UK to Ireland. An unforgettable night.

So you see, this is why the ‘journey’ is such a strong thing for me when I travel. I don’t mind long journeys, there is achievement, experience and adventure in them all! What do you think??

Please comment below – and May the Journey Never End!

5 thoughts on “Travelling – All About the Journey”

Not a bad June's day to be out and about!
Oh my lucky to escape alive from the Brickman Jurassic World today!
About four weeks ago out and about in Melbourne. Those were the days!
Four vlogs now up from my visit to BRILLIANT TASMANIA earlier this year discovering MONA, Port Arthur, the Rivulet, Mt Wellington and MORE!