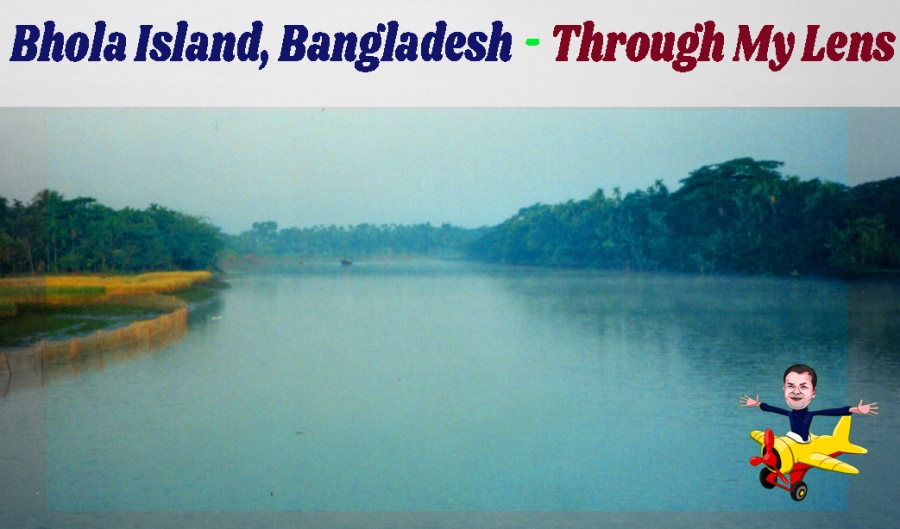 Howdy all! Hope this post finds you well! Today a little bit of a different angle on the ‘Through My Lens’ concept. This time I am taking you back to 2002, but not so much to a place you can think of as a ‘destination’.

In 2002 I went with a university group to Bangladesh and we visited Dhaka, the capital, the sort of north-west of the country in Rashahi, where we stayed at a disabled children’s home, and we also went south to Bhola Island, arriving by overnight ferry to a place which gets flooded regularly, a place which was described to us as one of the poorest parts of Bangladesh. We met those working in NGOs and in development and those receiving help, and we visited a few schools and met the kids, singing songs and the like.

Today’s photos is of that experience. I’ve included a few pics of myself as well which obviously were taken bu others in the group. The one time in my life I shaved my head! The families there were so generous, and I should add that whilst a number of children appear in the photos, it has been eighteen years since I was there plus and they are adults today.

Arriving to the island in the morning after overnighting from Dhaka. The ferry would get bumped in the night by other ferries sharing the waterways as they jostled for position. Arrival and it was a makeshift looking gang way we had to walk over. The ‘port’ was very busy with people.

The schools and kids we met were a real highlight. We sang them songs, they sang us songs.

I was so much thinner back then! Can’t believe it’s me (in the white T-shirt).

Leaving was hard to do, and involved another ferry. Watching the guys load the ferry too we were amazed at how it was done on such narrow and dodgy planks of wood!

Thanks all for stopping by today. You may never thing to visit Bhola Island, there are no attractions there, but there are good people, and I’ll always remember my short stay on the island. May the Journey Never End!

12 thoughts on “Bhola Island, Bangladesh – Through My Lens!”