Howdy all. How’s the pandemic going in your part of the world? Don’t worry, this is not going to be one of those posts wallowing in a pit of despair, in fact this is a post looking to the future. Here in Australia, well, numbers are steady and low, at least at the moment. There’s been a little light lifting of restrictions across this great wide land, and well, soon domestic travel looks like it will be a real thing again. International travel? Well, who knows how long that will take. We may well soon be able to travel to New Zealand, and people are talking about possibly some of the pacific islands which have mostly been spared Covid-19, but that I imagine will take a little longer.

So, it seems only fair to consider places within my own country for a bit of a break when I get the chance, sometime Oct-Nov I guess. And if you’re not an Aussie, well, some places to think about when that day finally arrives that you can come here again. So I’ve thought about where I MIGHT go later in the year, and I’ve decided that it will probably be one of three states – Queensland, Western Australia or South Australia. So what might I do, and where might I go? I guess today’s post is something of a ‘brainstorm’ on my blog!

The Sunshine State as it’s known, celebrated by the big Pineapple and beaches, beaches and more beaches. Also some highrise. It offers a lot, but the two most likely places I might go are the Sunshine Coast and the Gold Coast, where I’ve been already. But really, they offer enough and I would know what I’m likely to get.

The weather will be warm for sure, and there’ll be a chance to get in the water. If we go to Queensland this year, we would probably be based in one of these two locales. My brother recently moved to the Sunshine Coast, so Noosa is probably the most likely. But also I would like to get to the Great Barrier Reef – a place I have never been. Actually, ask a lot of Australians if they have been to the Great Barrier Reef, and there’s every chance they will all say no. It’s been terribly effected by Global Warming of late and we’ve all seen pictures of bleached coral. I don’t suppose tourism greatly helps, although I guess if some of the money from tourism is put back into looking after the reef, it might in that way. But still, it’s such a famous spot I would like the chance to snorkel around it!

Western Australia, or WA as we most likely say in Australia appeals to me for a couple of reasons. Firstly I’ve been there and it’s the only state in Australia I’ve never been to. Although I’ve been told there isn’t a lot to do in Perth, the capital, it’s supposed to be a very attractive city. The Fremantle area, not far away and also is supposed to be beautiful and the most popular area to visit. Rottnest Island is home to lovable Quokkas, a little known marsupial that only is found there. 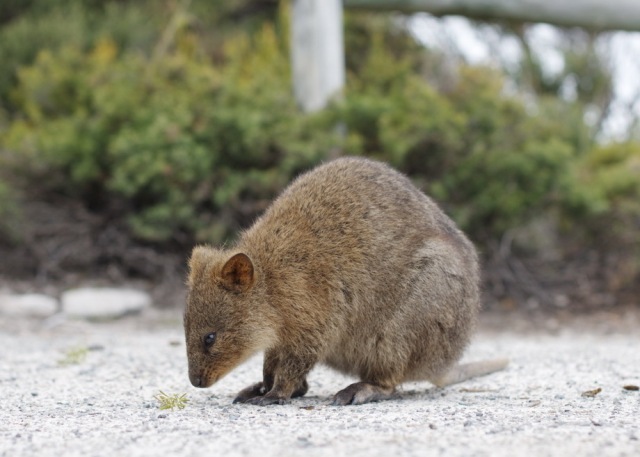 Western Australia is by far the biggest Australian state though, and so Perth and the south-east corner by no means defines the whole place. Further south Albany is supposed to be a great place to visit, but three quarters of the state is to the north and east of Perth. So much to explore. So much to see. It’s very inviting.

I haven’t visited Adelaide for around 20 years. It’s not that far from Melbourne, and the last time I drove there. It’s around an eight hour drive, nine hours if you take it a little easier. I don’t really have any travel content on my blog from Adelaide, so it certainly doe present itself as a real possibility for a place to go. Aussies often make jokes about Adelaide not being the most interesting of places, but actually it is a very picturesque city with one of the world’s most beautiful cricket grounds. Some superb beaches too.

It is not too far from the Barossa Valley, one of Australia’s premiere wine regions. Kangaroo Island, devastated by fires earlier this year, is also a popular spot to visit and so perhaps that could be on the cards too.

So, these are my three thoughts on places I might like to go when I can travel again. Have you been to any of these and what do you think? I do like the chance to explore new places, but they all have their appeals. Wherever you are in the world, if you’re a traveller, perhaps for you too the next 12 months might be the perfect opportunity to explore your own backyard as it were. Where would you like to go? Thanks for reading, and of course, May the Journey Never End!