When doing long-term travel, or indeed any travel that involves long journeys by bus, plane or train (or anything in-between!) there’s one thing that can help pass the time. And that’s meeting others. Oh wait no, that’s not it. Watching movies. No no…. okay apart from those two things, there’s only one OTHER way of passing the time on a long journey – and that’s listening to music!

From my first solo trip in 1999 I knew that I was going to need some tracks with me. In fact, this became a mini-project within all the preparation. Yes, it was time to load up my iPod with… oh yeah. No iPod – not even a discman – I took a Walkman with me for my seven-month trip around the world!

Which meant loads and loads of copying to get the right mix of all my songs. And they had to fit nicely onto the tapes. I bought six ninety-minute tapes and I started copying. And this took me so much time! In fact, this was the last thing I was still doing when I was supposed to leave to the airport! My parents thought I was crazy as I copied the last few songs onto the final cassette whilst waiting for me to get in the car! 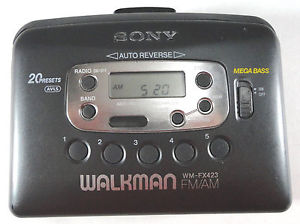 I had a little box which could fit up to ten cassettes – and I had room for any I might buy on my trip. As long as it was not more than four! And I did buy a couple, I bought some Russian dance cassette in Moscow and a cassette EP of Andi Neate at the Glastonbury Festival. Having said all that – I don’t own a single cassette these days!

For the next trip I still had my Walkman, I refined the tapes I think I made a whole new set. It was 2004 that I took the next step up as far as technology is concerned – with a Discman! This time though I was smart enough to get one that could read mp3 files, and this way I could fit a much higher number of songs onto my CDs, I think I took five with me on my 10-month trip in 2004.

But by 2007 it was time for the ultimate form of carrying music – the IPOD. I think my first iPod had 8gb of data, but I could be wrong there, it might have been 4gb. It was around the same size or just smaller than my current phone, and it was a lot heavier. Naturally though, it was a lot lighter than a discman or a Walkman, and I didn’t have to carry around the media separately. It also meant that I could take a whole bunch more music, and I could listen to it on shuffle or find a song I needed quickly. 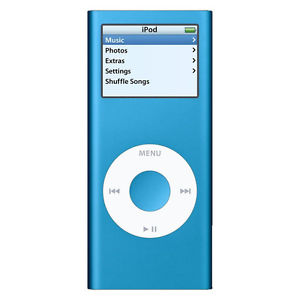 From there it was to my blue Nano iPod I took in 2011 and a few other trips. This was 8gb, but it wasn’t really enough after I discovered audiobooks and Doctor Who’s Big Finish range of stories. But it was very light (and as a result easier to lose, and you didn’t really feel it in the pocket which has its plus and minus points). This one was pretty impressive though – I’m sure I’ve put it through the washing machine on at least three or four times and somehow it’s come out and worked again! The last time was about 3 years ago, before I got my current Nano, and it didn’t work after that. And then I tried it six months later and it magically came back to life!!

The space and weight issue is now resolved. But my camera is way heavier! But it’s interesting to see how the way we listen to music has changed over the years. For me, despite the fact that my collection is 20% Eurovision with a real mix of so many styles from musicals to Queen to a huge amount of 80s and early 90s.

It’s always a great way to escape or relax when out travelling – particularly on take offs and landings! Today we don’t have to carry tapes, a Walkman and of course batteries around wherever we go. I will look around on trains or buses with locals and tourists alike with now much more visible headphones – the big type! So how about you? Are your tunes an important element to your travel?

Please do comment below – and May the Journey Never End!

2 thoughts on “Travelling with Music – Then and Now”