Gardens by the Bay is a relatively new attraction in Singapore, a somewhat ‘modern’ take you might say in gardening and design, they were opened in 2012 and in 2018 they received some 50 million visitors. For something I hadn’t even heard of a couple of years ago, that’s quite an achievement, 50 million = some serious numbers.

‘The Gardens is led by a multidisciplinary team of professionals who have been involved in the greening of Singapore and had worked alongside international and local experts to develop the Gardens. It has an in-house team of skilled landscape designers, horticulturists, arborists, engineers, plant health, garden and turf management experts, as well as plant research and orchid breeding professionals, who leverage on the extensive global network of plant sources cultivated during the development days, to continuously curate and grow the Gardens.

Guided by its vision to be a world of gardens for all to own, enjoy and cherish, Gardens by the Bay has earned numerous awards and accolades including the World Building of the Year in 2012, the President’s Design Award (Singapore) in 2013, the Outstanding Achievement Award by the Themed Entertainment Association in 2014, the Largest Glass Greenhouse (Flower Dome) in the Guinness World Records for 2015, and the TripAdvisor Certificate of Excellence in 2016. These achievements are testament to the ongoing excellence of the Gardens and spur the team towards attaining greater success.’

I was first alerted to these amazing gardens by watching the film ‘Crazy Rich Asians’ (I should hasten to add that I did NOT see it by choice!) where a little of the film was made. I immediately wondered exactly what this place was and fast built a desire to see it. And so it was that I decided I would use my half-day in Singapore at the start of my trip to visit it.

Whilst the gardens are large and filled with a myriad of sculptured and interesting vegetation, the most interesting things as a visitor are without a doubt the enclosed spaces (like giant, cooled greenhouses I guess) and the OCBC Skyway (there is also a ‘Supertree Observatory’ due to open by the end of this year). From home I checked out the website and decided these were the places I wanted to visit. There is also the ‘Sun Pavilion’, various sculptures and artwork placed around the gardens, and a ‘Children’s Garden’.

To get to the Garden’s by the Bay main entrance, well, I took the MRT (Mass Rapid Transit, it’s the Singapore Metro system basically) to the Bayfront station, once there I followed the signs and soon found the entrance. If you are pressed for time, or don’t want to walk all the way, do as I did and buy a ticket for the shuttle which takes you to the area where the domes are – the ‘Greenhouses’ if you like. It’s not THAT far and if you have time, walk it – I walked the whole way back easily.

I explored the Flower Dome first. I was surprised to find it was much cooler than outside, but with the humidity in Singapore it certainly was a relief. This was the busiest of the two domes I visited, although it wasn’t, as far as I was concerned, nearly as interesting or as beautiful as the ‘Cloud Forest’). It’s a large area with lots of paths and floral displays everywhere to ignite your allergies (probably, I didn’t have an issue) and to get people posing with posies! Well, yes, it IS selfie-central!

The Cloud Forest was even cooler than the Flower Dome, and with a high waterfall and high walkways, zooming in and out of the man-made ‘mountain’ under the dome, and slightly less people inside visiting, it was my favourite of the two. There is also another dome called the ‘Floral Fantasy’ – again quite flower-based, which I didn’t get to see as I felt two was enough.

Then I walked through the gardens to get to the Skywalk, which is an elevated walkway quite high in these man-made ‘trees’ that give you a bit of a view and gave me a little vertigo too! Note – after exiting the Cloud Forest my camera fogged right up and took a little while to adjust to being outside again in vastly different weather conditions.

To get to the Skywalk you need to purchase your ticket there – the two domes I visited I bought online before I went, were around $32 Singapore Dollars to see them both (roughly $35AUS, maybe $23US ish??). It’s only $8 Singapore for the Skywalk. They limit the number that goes up for obvious reasons, a lift takes you up one tree, you walk across the walk trying to get past people taking selfies and come down at the end on the far tree.

The views are great and the trees are kind of cool and you know, it’s a nice day out, all said. And it’s something different from your typical tourist stop. Is it the most interesting place in the world? No. But I think it represents a new type of tourist attraction in Asia, it’s modern, fresh and fun. Food is available there, I had just a hot dog and water from a little booth, but there are other options. The weather was completely overcast – not uncommon in Singapore it must be said. So I think the colours would have come out better if it was sunny.

There is plenty to do and see in Singapore, and that’s what I like about the city, they are always thinking of new things that might pique the visitor’s interest. No doubt there will be new things to see in 5 – 10 years for that Asian stopover, and indeed the Gardens will no doubt change to and add a few new attractions to entice people to come again.

Singapore was an ever-so-brief stopover on my journey this time around, and it IS all about the journey. Thanks for stopping by as always, and May the Journey Never End! 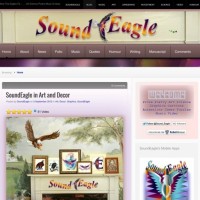